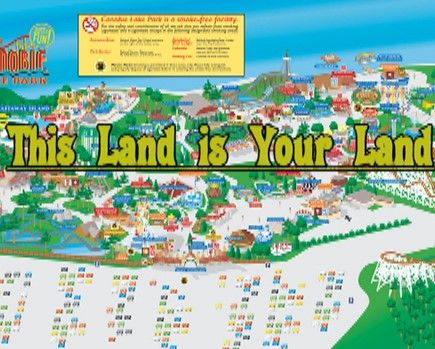 THIS LAND IS YOUR LAND
By Robert F Rossetti

In a quiet corner of America a team of government sponsored terrorists have seized an amusement park, taken hostages, and declared war. One grandmother has managed to escape. A sarcastic Nana hiding somewhere inside. She's alone, tired...and the only chance anyone has got...DIE HARD meets AIRPLANE

"This Land is Your Land"

Imagine what would happen if Terrorists attacked an Amusement Park and took your Mom and your three nephews (ages five, nine, and twelve) hostage? Obviously, your nephews and your mother would be far more than the Terrorists could handle and hilarity would ensue.

A sarcastic Nana and her three wily grandsons inadvertently thwart a Shadow Government sponsored False Flag Terrorist Attack on an Amusement Park. Now enemy #1 to a powerful weapons manufacturer & corrupt Presidential Candidate, Nana and the kids must outfight the CIA, outsmart Russian Agents, and diffuse a ticking time bomb to save the Park and themselves before it’s all too late!

Nana is your 60 year old female action hero. Tough, cutting, & snarky, but with a heart of gold. She’s the female Archie Bunker without the socially acceptable racism of the 70’s: Meg Ryan.

Agent Smith is the super positive, but completely disenegious rogue CIA Agent who with his team of slapstick special forces will chase Nana through the Amusement Park. Think Peyton Manning in the CIA Agents role from Narcos.

Trent Ronaldson is your corrupt weapons manufacturer and oblivious presidential candidate. He’s the big bad guy behind it all, but he doesn’t know the Russians are double crossing the CIA and him. Think an evil Llyod Bridges if he were still with us.

There’s just one thing the CIA, the Russians, and the Presidential Candidate didn’t count on:

In ACT I not only do Nana & her grandkids screw up being taken hostage during the fake attack they also manage to screw up the Russian Spies attempt to blackmail the CIA and the President.

What happens is that the Terrorists simply cannot hold Nana and her grandsons hostage, they argue and bicker and fight over who gets to play with Nana’s phone until they break it; which is the straw that breaks the camel’s back for Nana who has been slowly losing it all day having to deal with the three kids. Nana picks up her broken phone and drops the only swear of the film: an F BOMB and it catches EVERYONE even the Terrorists off guard....and in that moment Nana takes advantage and starts kicking ass!

The twist is that after kicking ass, when the dust settles, Nana and the kids find out that the Terrorists are not really Terrorists but a troupe of Mexican Shakespearean Actors that were hired by the Russians to perform the fake part of the attack not knowing what was really going on and thinking that by performing they would get both a SAG Card and a Green Card. The Russians hired the Mexicans purely because they were less expensive than real Terrorists.

Now by Act II, the Presidential Candidate, the CIA, and the Russians all want Nana and her grandkids dead and they have to fight their way out of the Park Die Hard style with homages to many great action and comedy films such as Rambo, James Bond, Butch Cassidy, The Princess Bride, Indiana Jones, Air Force One, Titanic, Touch of Evil, and Sneakers.

The end of the film is a climactic Roller Coaster / Bomb Defusal / Shakespeare Soliloquy Political Debate as Nana fights off the last CIA Agent on the Roller Coaster and the kids try to defuse a ticking time bomb as the Mexicans escape the Park and interrupt the Presidential Candidates speech in front of the live news cameras. As the Presidential Candidate and the Mexicans engage in a heated debate, the Mexicans respond only using Shakespeare quotes from Henry IV, Julius Cesar, and MacBeth.

The Presidential Candidate loses the debate and then loses it as he says “Cant they speak English!” in front of the live News Crews exposing himself to the news cameras as the bomb is finally diffused and Nana wins her last epic fight on the Roller Coaster.

The end of the film sees Nana watching as the Mexicans become American Citizens and we see Trent Ronaldson forced into community service as a English as a Second Language Teacher.

THIS LAND IS YOUR LAND