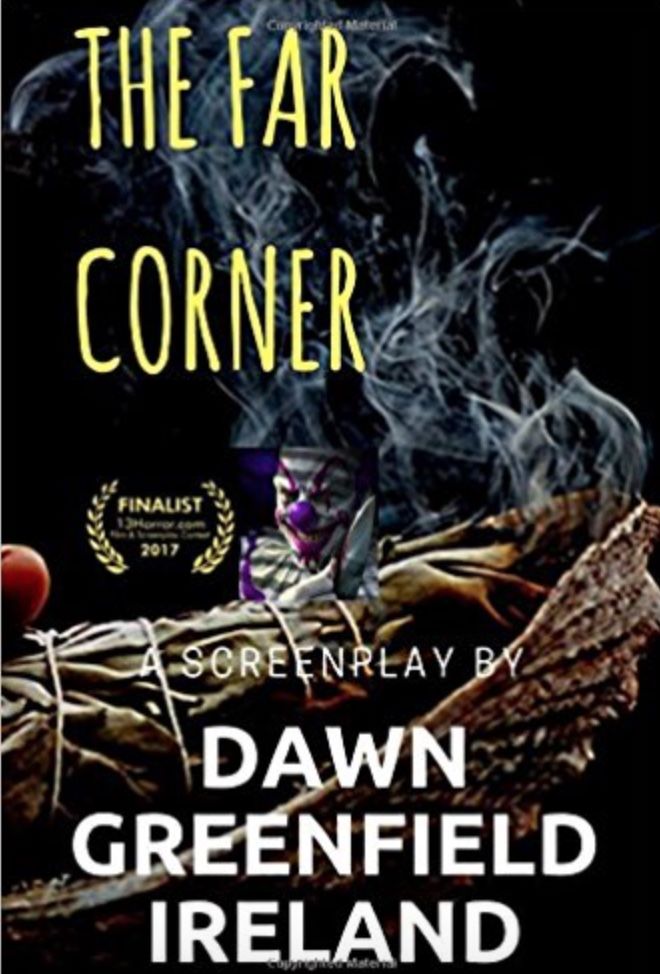 The Far Corner is an intense psychological, supernatural horror narrative reminiscent of movies like The Sixth Sense, Gothika, or even Jacob’s Ladder.

Two investigators of paranormal phenomena take the case of a driven businesswoman who collapses into psychosis raving of creatures from another dimension.

Jenna Wilder, 28, is caught in a web of terror as creatures from another dimension hound her for attention – she isn’t grounded and it could cost her — her very life.

Fed’s Georgi and David (30’s) investigate. David brings Jacob Two Birds, an imposing Native American (60s), into the investigation. Jacob is the only one who can possibly save Jenna. He has lost, and saved other women that were enticed to the Lion Man’s world.

Ethew, the interpreter creature, warns Jenna away from the Lion Man. David connects with Ethew to understand the peril. As Jenna slips away under the Lion Man’s control, Jacob, armed with tomahawk and long knife, travels to the Lion Man’s dimension.

The battle commences. David witnesses the battle. Jacob kills the Lion Man, but it appears that Jacob has been mortally wounded. Jenna is released from the Lion Man’s control. Jacob materializes, barely alive. Ethew and the creatures vanish – their work is done.