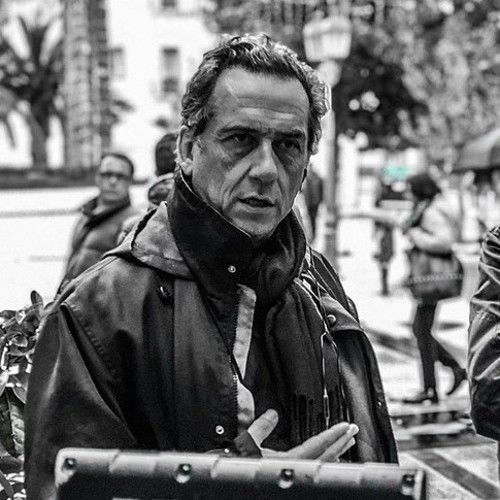 Serafini was born in Brussels, Belgium from Italian parents. He moved to the States in 1994 and lives in Los Angeles with his wife and their son. He is an Italian and a U.S. Citizen. He is fluent in English, Italian and French.
He studied Political Science and International Relations at the University of Brussels and screenwriting with Frank Daniel (Columbia University, Sundance Institute).
His first professional work as a filmmaker was a documentary about Italian prisoners of war in Texas: “The Walls Of Sand” (1991). The film was produced by RTL, Canal+ and ARTE and was sold to several European networks.
He directed his first feature-movie “Blu Notte” in 1991 in Berlin a few months after the fall of the wall. The film was very well received. As a consequence, Serafini was hired to write “Supplì”, a dark comedy about the end of Communism. “Supplì” was selected at the Venice Film Festival in 1993.

In 1999, he wrote the CBS movie-of-the-week “A Song From The Heart” starring Amy Grant, Keith Carradine and D.W. Moffet.
In 2000, he directed “The Good War”, a feature-film he had worked on for almost a decade. Based on the documentary he directed in 1991, the controversial story of Italian POWs in Hereford, TX, starred Roy Scheider as the US Commander who understood the dilemma of the prisoners he was supposed to punish.

Serafini has directed several TV shows in Europe. He achieved considerable success with the primetime period drama “Orgoglio”/“Pride” (2003-2005). The first season was seen by an average of 13 million viewers per episode. Serafini worked on all 3 seasons of “Orgoglio” with Goffredo Lombardo producer of Fellini, Visconti and Tornatore.
In 2009 he directed “The Falcon and the Dove” considered by imdb the 11th best film/series about the Renaissance.
More interested in an international movie carreer, Serafini moved back to Los Angeles. A few days after his arrival, he was hired to direct “Game Of Death”, starring Wesley Snipes.

Following this experience Serafini dedicated a year of his life to a very special project: “Johnny’s Gone” (aka “My Boy”). Co-written with his wife, the film deals with the loss of a child. The poignant drama hit very close to home as Serafini had lost his beloved daughter Laura at age 13 in 2005. The film won a long list of awards in festivals all over the world and is on streaming on Amazon.

To this date, Serafini has written 24 feature films that have been produced, he directed 28 features or TV series and produced 12. He is currently in post-production of the romantic comedy “Senior Moment” with William Shatner, Christopher Lloyd and Jean Smart and of “Uomini e Altri Inconvenienti”, his first Italian-speaking feature since 1991.
He is in pre-production of the TV series “The Rebel Queen” distributed by LionsGate for which he is the writer/showrunner. 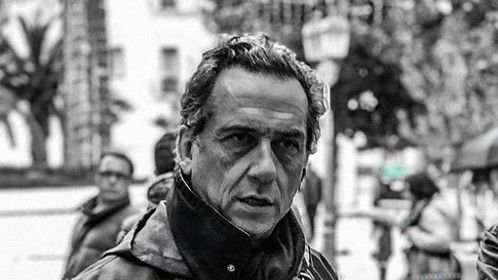