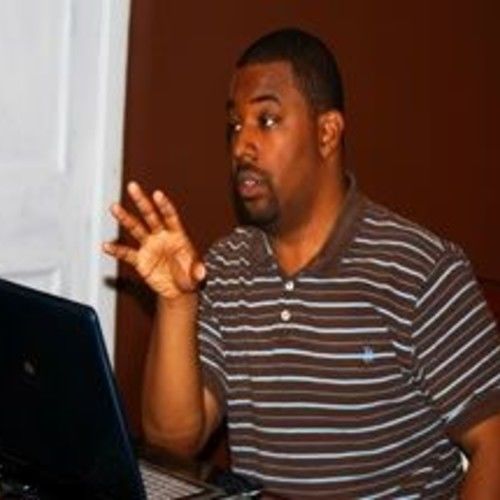 The art of storytelling has been a fixture in the life of Bernard Gray since very early on. Imaginative and quick-witted, a young Bernard would concoct epic stories so visual and detailed they were almost impossible not to believe. As a young child, the talent came in handy when trying to convince his parents that monkeys had shown up in his house, broken something, and been chased away by him in a selfless act of valor.

Noting his penchant for the arts, his parents involved Bernard in numerous theater productions during his early years. By high school, Bernard began to find his own voice as a writer. During his junior year of high school Bernard taught himself to write plays and completed his first three-act play, "A Diamond In The Sky". Upon completion of his play Bernard began shopping his play to local Philadelphia theaters and based on his script he was hired to co-adapt a play entitled "Third & Indiana" with writer/director Aaron Posner, for the Arden Theatre Company. "Third & Indiana" was a critical and box office success and garnered a Barrymore Award nomination for best new outstanding play.

After enrolling in the Art Institute of Philadelphia, Bernard began adapting his play "A Diamond In The Sky" to a screenplay. With is first feature film in hand, Bernard joined forces with Richard Acquaah-Harrison and Diamond Entertainment Productions, Inc. was born. Bernard and Richard have produced a feature film version of "A Diamond In The Sky" as well as a number of short films such as "Moving Day", "Sixty Second Assassin", "Alana", "Moment In Time", and "Retribution". All the films were directed by Bernard, with Alana winning the Leigh Whipper Silver Award for Short Subject at the Philadelphia International Film Festival & Market in 2011.

The award winning director is currently at the helm for “Technical Support”, a short film also written by David J. Greenberg; and continues to serve as the CEO/Founder of DEP. DEP has been in business for over 9 years; offering production and editing services for corporate entities, the arts community, and personal events such as wedding videography. This diversification allows flexibility for DEP to grow their brand.

Bernard’s passion & drive is at the core of the company and the main component for the quality films produced by DEP.

A Philly native, Bernard lives in the City with his wife and daughter.