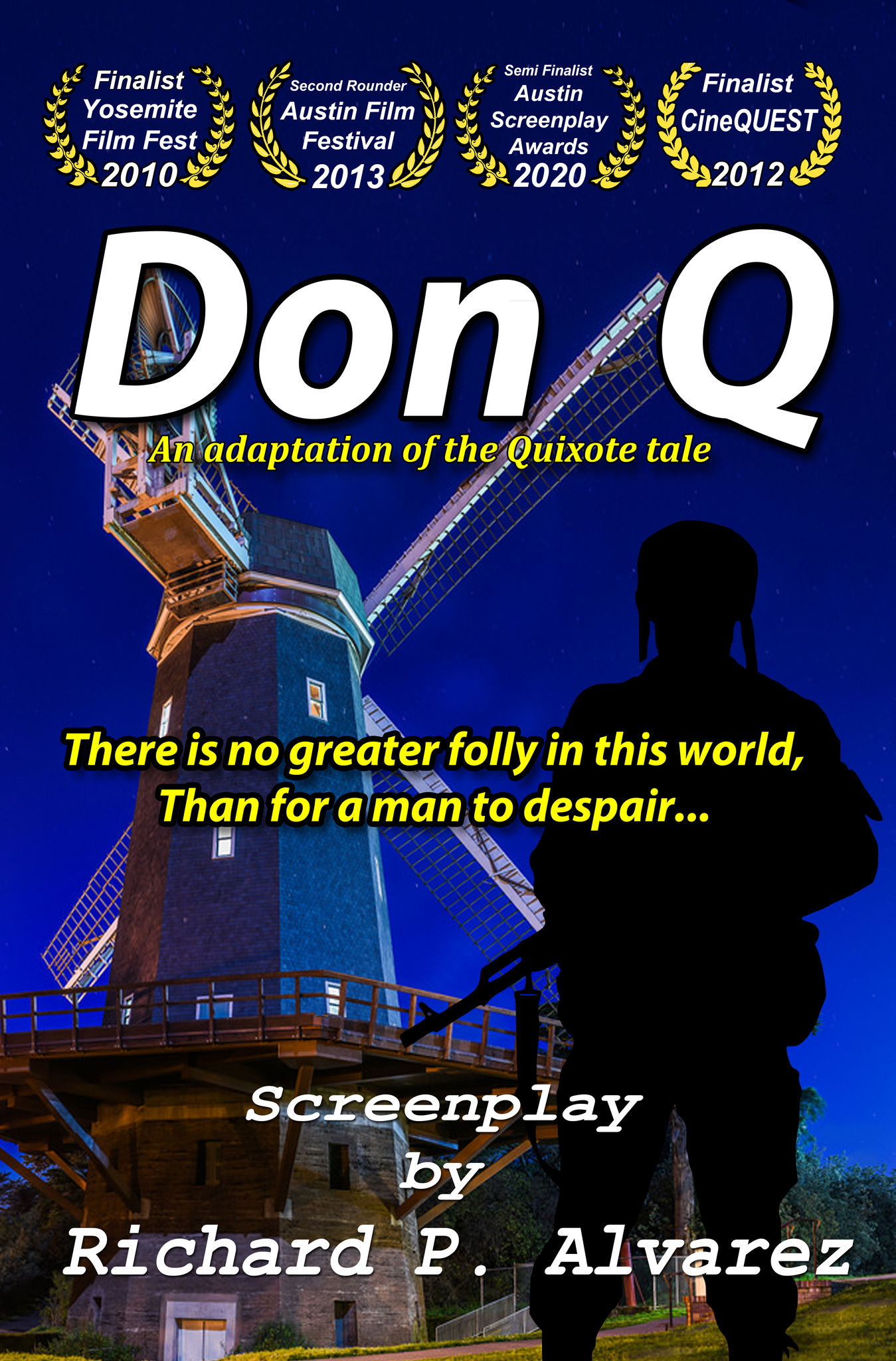 A bizarre accident sends a middle-aged jouster into a fantasy world, where he struggles against imaginary foes on the streets of San Francisco. Assisted by his teen-aged squire he confronts the demons in his past as well as those of the present in a modern day retelling of the Don Quixote tale.

DONALD QUINCE, champion jouster - is almost killed in a freak accident at a Renaissance Festival where he is performing. He wakes to find he is living in a fantasy world where he sees his doctors and nurses as medieval torturers.

He convinces his teen-aged squire SANCHEZ to spring him from the hospital and together they ride through the streets on a quest for adventure. Don and Sanchez hide in Golden gate Park, where they encounter medieval peasants and a terrifying 'giant'. Don's battle with the park's windmill leads to a face off against a real mounted police officer.

Television and YouTube coverage of Don's accident and escape brings an unexpected visitor to the festival. A MILITARY CONTRACTOR with links to Don's own mysterious past - who is trying to find Don before the police do.

With the police in pursuit, Don and Sanchez take to the streets of Haight-Ashbury, where they meet teen-aged prostitute CARMESINA. Moved by her tears, Don elevates her to be his unrequited love. He offers her his protection and invites her to join his entourage.

Seeing an escape from her pimp, Carmesina offers herself to Don but is rejected out of his sense of honor. Sanchez in turn, falls for the girl but is spurned by her as she needs a 'real man' to protect her. In response Sanchez steals away to enlist in the military to become a real hero, and fast track his chance for US Citizenship.

In searching for Sanchez, Don has a violent confrontation with the street pimp that leaves him stunned and disoriented. Upset by Sanchez' decision to enlist, he storms the recruiting office in an effort to prevent the induction process.

When the recruiters try to escort him from the office, Don becomes enraged and makes short work of the combat vets. This triggers a face off with the San Francisco SWAT team. The Contractor also arrives on scene and tries to convince the police that Don is a psychotic killer who should not be taken alive.

While holding the recruiters at gunpoint, the story of Don's past as a tortured war vet becomes clear. Witness to unspeakable horrors and dishonorably discharged for revealing them - Don struggles to find redemption and purpose to all that haunts his memories. On the verge of surrendering, Don finds one last noble gesture worth dying for.