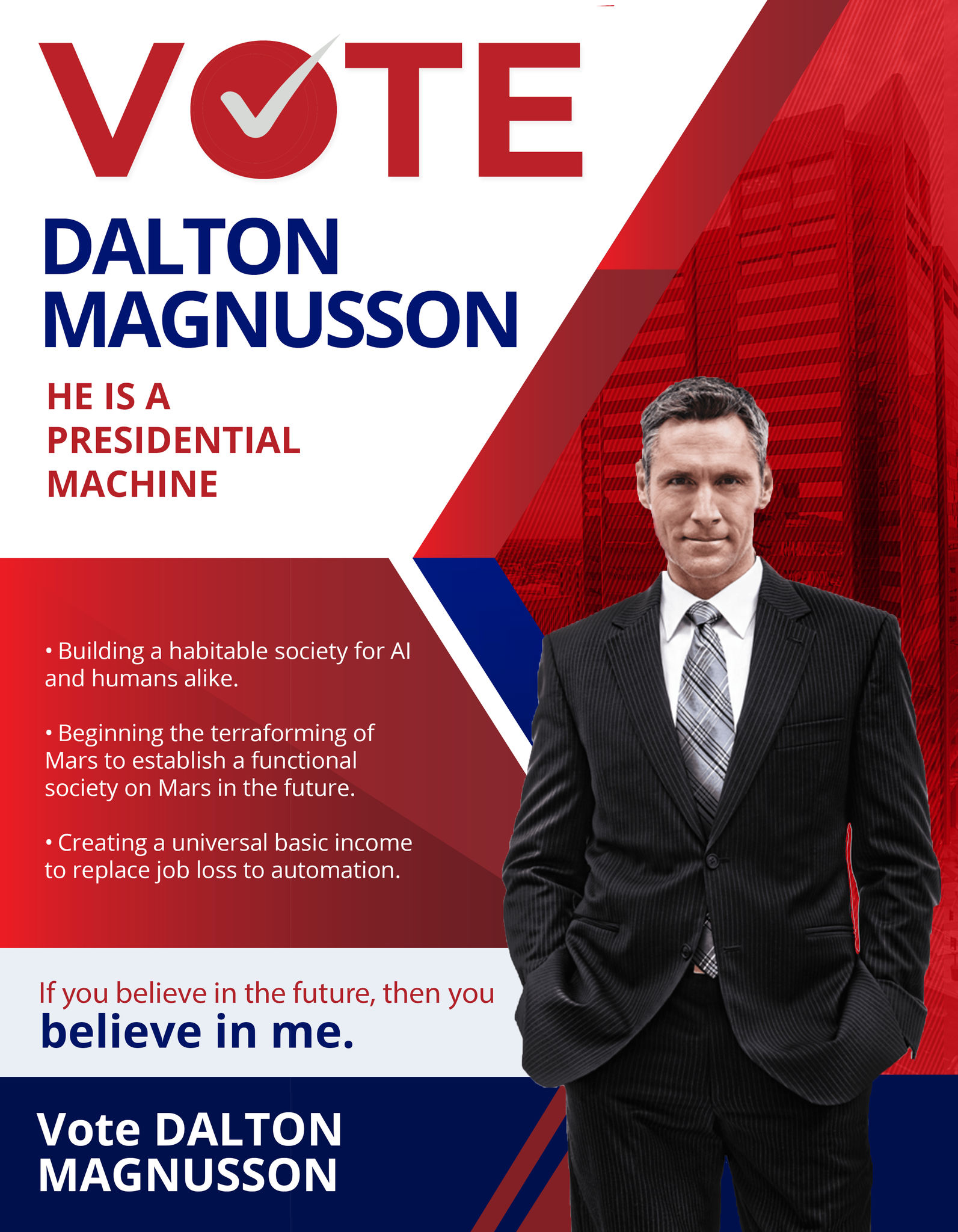 THE PRESIDENTIAL MACHINE
By Mista Martel

Set in a futuristic world, an Android desires to run for the President of the United States with the support of his human partner and their children.

It’s an unusual day at the Magnusson’s house. Dalton, a Caucasian in his late 30s, and Kaye, his partner of mixed race, have a profound conversation that involves several themes. Dalton wants to get into politics, and he prepares the speech for the next day. They explore the issues of racism, xenophobia, the traditional marriage and freedom in general.

There’s a sense that their relationship is not conventional. Dalton confesses that they have the right to marry, and that the soul does not only refer to a human being, but it’s rather a philosophy that concerns objects as well. He makes a statement by comparing the Japanese culture to the American; Japan is an Android friendly, while the US is conservative towards the subject.

When the conversation reaches its peak, the couple decides that they need to share the news with their children, Clark and Maximo. In an exciting turn of events, Dalton tells them that he plans to run for President of the United States. What is more interesting is that Dalton is going to be the first Android to take a chance.

The twist shades a new light to the discussion he had with Kaye. Clark and Maximo explain how difficult it is to have an Android parent, as they are frequently bullied in school.

The next day, Dalton bravely stands at the podium of the courthouse. He gives a speech about the true values of the American society, and the people of the world. Dalton speaks out for all the Androids that hide their real identity. When a member of the crowd points a gun at Dalton, Clark comes between him and the bullet. The scene becomes a chaos, but when Dalton reaches out to Clark, the boy calls him ‘dad’ for the first time, paralleling the importance of humans and Androids in the futuristic world.