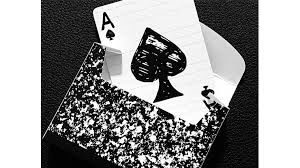 Fearing their criminal secret will be revealed, six random people are blackmailed into a deadly game of cards where failure to play means instant death.

When Parker Crane is blackmailed into attending a late night meeting with five other strangers, a hidden voice informs all six that they have been chosen to kill… one another. Unless they play the game, they forfeit their own lives on the spot.

Cards are revealed; the only woman draws the Ace of Spades and is locked in a cell. She is found dead the next day, the remaining five players unsure which of them is the killer.

A second midnight meeting, another victim draws the Ace of Spades and is later blown up inside his own car.

With his life in danger and only hours left before the next meeting, Parker teams up with one of three remaining players in an attempt to track down the blackmailer and kill him.

But he blackmailer is someone Parker knows, someone very close to him and the revelation may cost him his own life.