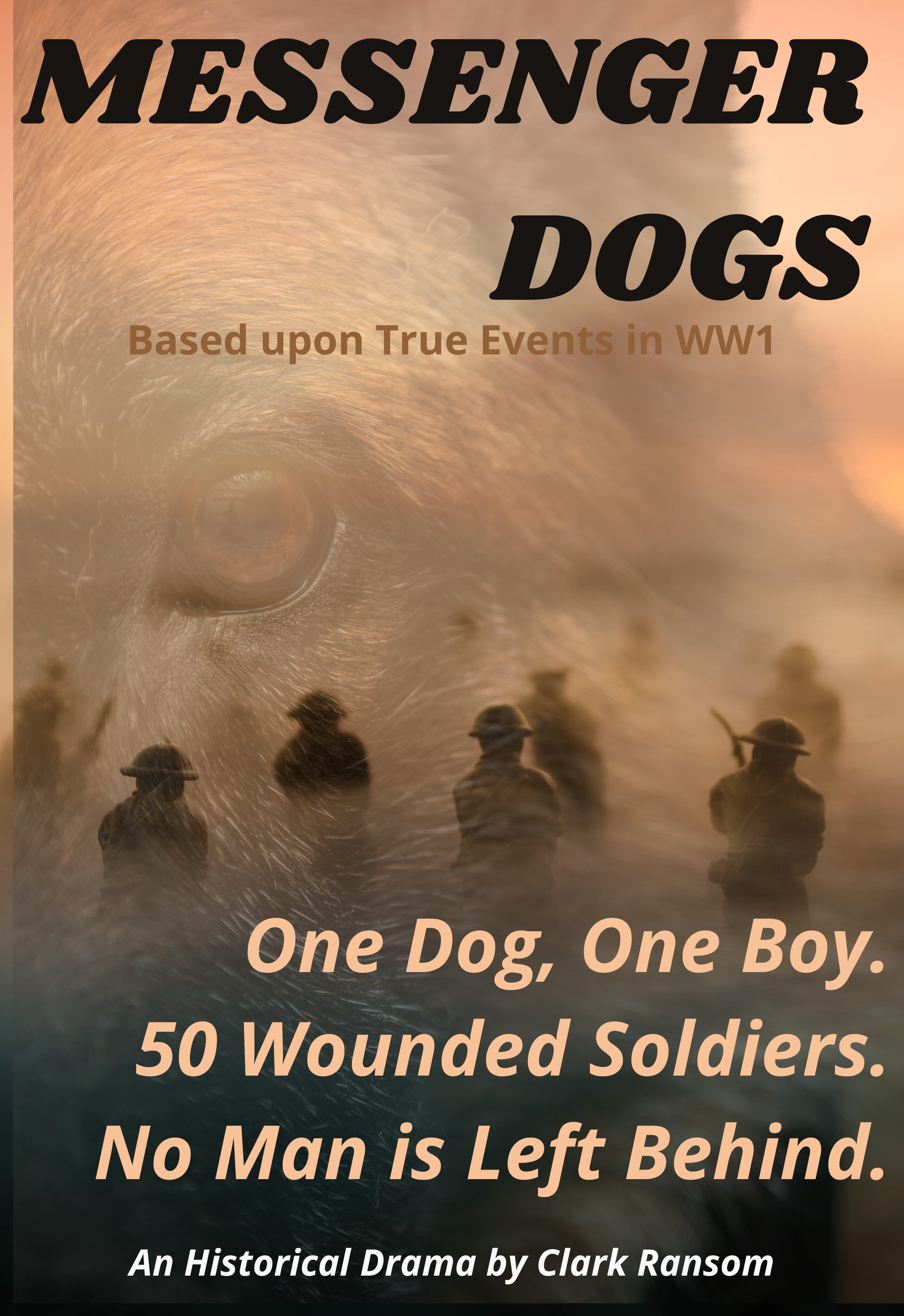 A young, rebellious British orphan enlists in the army, finds the devotion he's longed for in a war dog he trains, and together they risk their lives to save over 50 Allied soldiers during the final months of World War One. (based upon real events)

No one loved Henry Creswell. That’s what England’s orphanages were built for... the unloved and the forgotten.

At only 10, Henry is left at an orphanage, and it is here that he encounters an abandoned dog, takes her in, instinctually trains her, and in one of many brutal encounters with a bully orphan named Trevor, the dog saves Henry’s life. But in doing so, Trevor kills the dog and forever bears the heavy scar across his face from where the dog attacked him in defense of Henry. Trevor vows revenge.

At 17, Henry, along with several other boys, escapes both orphan life and Trevor’s wrath to join the British army. At the time, many of the boys who enlisted from the same local areas were formed as Pals battalions and were allocated to groups together so they could serve alongside their friends. But Henry’s inability to make friends continues to keep him ostracized, so he is sent as a “volunteer” to the War Dog training camp in northern France where the army hopes he can better blend in.

At the camp, all types of canines are trained to carry messages from the front lines of the battlefield and back again. The dogs traverse extremely dangerous and embattled terrain that would make cowards of most men. Arriving at the camp, Henry discovers that the same childhood bully from his orphanage days, Trevor, has also been assigned to his camp as a dog trainer.

Doing his best to fit in, Henry befriends a mistreated dog named Dodger, who has been unresponsive to all attempts to gain his trust. The two instantly bond and Henry fiercely competes on the training course with Trevor. While a sadistic Trevor uses force and anger to control his dog, Henry relies upon trust and love.

Henry and Dodger defy all odds and become one of the most successful teams in the camp. This recognition drives resentment and hate in Trevor and refuels his vow to seek revenge in any way he can, on both man and dog.

During training, Henry’s best friend, Lawrence, introduces him to a French veterinarian named Claire. Claire is an intelligent, outspoken, and hardened young girl, having already lost her first love to the ravages of war, she is apprehensive to open her heart once again. But the war doesn’t allow for the luxury of time, and together, yet for a brief moment, the young couple forget the bleak ravages of the death and dying that surround them, and they fall in love.

However, the advancing Germans force the Army to call up more men, so Henry must put his love on hold, and along with Dodger, they leave for the battleground along the Hindenburg Line. While there, the inseparable pair risk life and limb in daring night rescues of the fallen soldiers on the blood-soaked battlefield of No-Man’s Land.

They quickly become indispensable to Officers and infantry alike, and one soldier’s comment sums it up: “This dog, what he’s done - the blokes he’s saved. When the wars over, who’s going to save him?”

In October of 1918, only months before the war will end, Henry is ordered forward to the Western Front trenches, where the already heroic tales of Henry and Dodger soon become a reality amongst the men of the Fourth Army. Every soldier prays that when wounded, Henry and Dodger will be the ones sent to find them.

But the commander of Henry’s new unit is none other than his nemesis, Trevor.

Trevor’s deep resentment toward Henry comes to a final head in the chaotic and unruly back trenches of the Western Front, and the stage is set for a bloody end to the conflict between these two young men, their dogs, and those they have come to love.

In the final hours of the Great War, only one man and one dog will make it home.