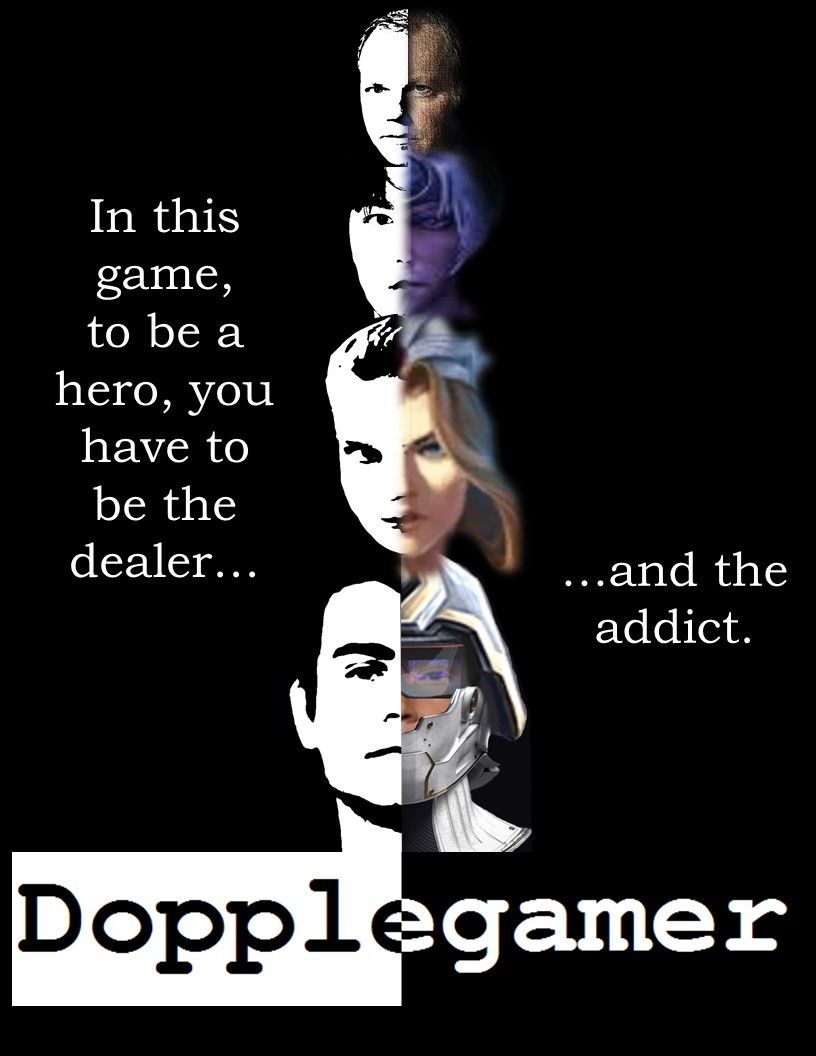 A thankless gamer in a live action battle arena game strives to be its greatest player only to find his choice is remaining a human avatar or return to his old life.

In the near future (a mix of an alternative and possible one), declining interest and changing society bring an end to professional sports once attracting millions –football, baseball, soccer, hockey. Now the most watched sporting event on Earth is Glory of Heroes (or Heroes in the story’s vernacular). Far from its humble beginnings as a Massive Online Battle Arena (MOBA) game, Heroes morphed into reality: from a game where humans control avatars to humans playing the avatar in the arena. One Hero and four Champions. Red vs Blue teams. Each player creates a fantasy/superhero persona. This is not virtual reality. Although highly computerized, via augmented reality players fight monsters, minions, laser firing towers and each other, it requires physical gameplay and people get hurt.

Bottom line: Imagine games like Defense of the Ancients (DOTA), League of Legends and Smite were played for real, not on a computer. Blend it with the allure of a football game and spectacle of professional wrestling. GEEK (Gamers of Extraordinary and Exceptional Kape-abilities) is a label now worn with pride.

Jason Dávalos works as a thankless cook at Beachers, where scantily clad waitresses, wings and beer are the main attraction (i.e., Hooters). His life revolves around Heroes: plays online, practices via simgames and participates in tryouts for teams. Harboring a silent contempt for those who have more, becoming a great cyberlete (the athlete part dropped decades ago) would give him the same. He scrapes by to have money for the equipment and fees needed for tryouts, addicted to the game as countless others, many wanting their chance in the arena. With few exceptions, most of his “friends” are online, seen only when playing Heroes. His crush on the waitress Savannah goes unrewarded although she considers him a friend.

Getting a spot on a practice squad for a professional team, he endures the contempt of the Gold team Hero Gustave. Given his drive, he soon overcomes his underserving status as a noob and gets a chance to play Gold mid-season (Gold refers to the primary team players or “Going Gold”). Starting as a Champion, within a season he ranks among the best players as his costumed player, and alter ego, Jägerdon.

He then becomes team’s Hero. All he wanted -fame, recognition, money, desired by women- come to fruition. He revels the cheering crowds, groupies. A validation of his efforts and himself. Problems solved.

Soon he discovers it’s the other way around: his character achieves glory through him, and is still a nobody without it. It wasn’t supposed to be like this. The people want Jägerdon, not Jason Dávalos. A tipping point comes when, after losing a match to help and injured player, he’s taken aback when “Jason” gets condemned by fans, and how “Jägerdon” wouldn’t have done that. Save for Savannah, who still sees him as Jason, but will only be a friend. His “real” life didn’t really change. Questioning his own identity, promoting the game and making millions for those in control, they deal out the fantasy of Heroes, keeping others addicted.

He begins reflecting on the effects Heroes has on people (i.e, himself but reluctant to admit it). His manager presses the fact much the social programs the corporation funds comes from Heroes, and keeps the masses entertained. Jason comes to know what the old phrase “bread and circus” really means. While part of him wants to break free, even if it means returning to his old life, another part’s unable to shake off the allure of what his alter ego brings.

As the annual GOH Championship draws near, top managers eschew the normal Blue vs Red standards and pit three top teams against each other. The resulting match would draw in millions of viewers, billions in ad revenue and merchandising. Sensing a way out, Jason pulls his own coup: he enters the arena alone, believing he’d be quickly ganked and leave with a clear conscience. But the other two Heroes do the same, and becomes a test between them alone. Although opening himself up for defeat, the adrenaline and chanting crowds prove too addictive. Taking out the last Hero, he leaves the arena as the crowds shout out the name Jägerdon. He succumbs to his other half. Knowing Jason Dávalos is dead, Jägerdon lives on. And so too Glory of Heroes.

In the end, the story is a battle for self-identity and worth and the price we are, or not, willing to pay. Summed up in one quote– “I pretended to be somebody I wanted to be until finally I became that person. Or he became me.” Archibald Leach (aka Cary Grant).

JASON DÁVALOS- Early 20s. Although most public colleges now have free tuition, he elects to devote his time to Heroes. The job covers his bills and not much more. He has no other trade or skills except when it comes to Heroes. Intelligent, he’s mild mannered, a loner at heart, feelings of inferiority. His other, ruthless, take no prisoners side comes out through Jägerdon.

FELIX VAN ZANT- Late 30s. Carries himself as a man in control, an air of confidence. Underneath, doubts about his future and missed opportunities of the past. General manager of the Spirit Express, funded by Terasoft (whose logo is ‘Improving the World One Byte at a Time’). Having been on a winning streak for years, the teams in a slump, and there’s little forgiveness in corporate America. Sees Jason as the team’s, and his, savior. He also lives vicariously through Jason.

STEPHANIE TRIMBLE- Early 20s. Canadian, descendant of a First Peoples tribe in Manitoba. Games as team Hero for Rolling Thunder as Praxis (a Hunter). One of two Heroes Jason battles in the end.

CHOE GI- Early 20s. South Korean. Games for Sons of Creation as Seung (an Assassin) the team’s Hero. One of the greatest players still in the arena. Son and grandson of Heroes. The other Jason battles at the end.

Clifton McKinnon- 20. From Texas. Befriends Jason and becomes a Champion. Career comes to an end when injured during a match.

GUSTAV JOKINEN- Mid 20s. Current Hero of the Spirit Express. Although marketed as his Nordic player Torsten (a Warrior), he’s from Pittsburg. Once a rising star, he’s slipped, but not his arrogance.

EUGENE BARTHOLOMEW- Late 60s. Member of the Terasoft Board. Deals with Felix and the team.

JONAS PROBST- Early 40s. Manger of the Rolling Thunder. Despite being a hedonist, he’s business savvy, making millions for his company. Has contempt, but begrudging respect for Felix.

Savannah Jewell- Early 20s. Barback at Beachers. Getting a degree in microbiology. Keeps up with Jason as his star rises.