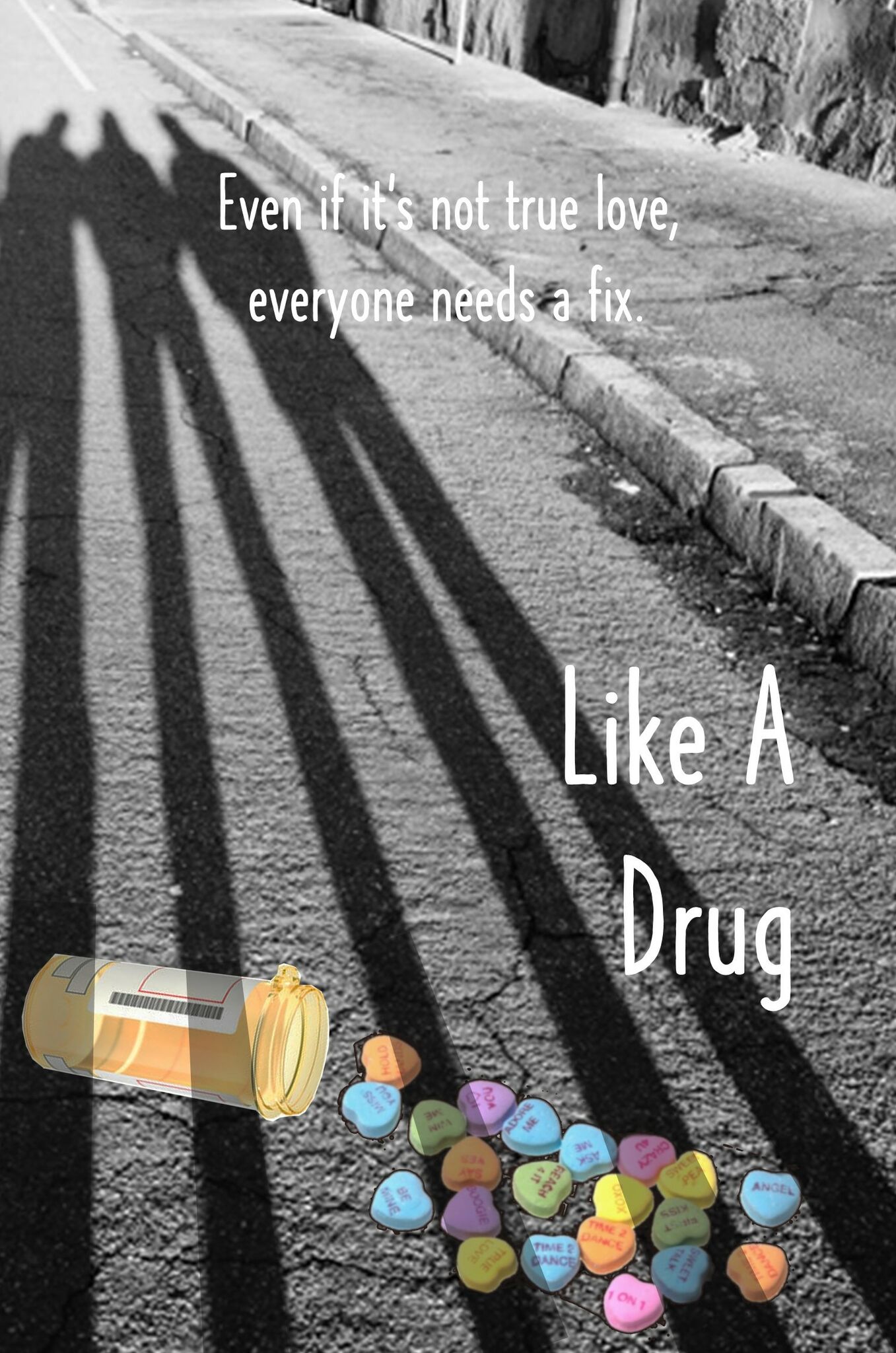 A lovelorn romantic, wide-eyed dreamer and scorned realist try breaking their loveless past only to discover they’re more addicted to desire than love, a hard habit to break.

Even if it's not true love, everyone needs a fix.

Entry level accountant Megan wants Rick, a coworker. He wants Colleen, also a coworker. Russell, a young building manager wants Renee, a barback. She wants stability. Megan, Russell and Renee look not to make the same mistakes of their past. Although adults, they discover coming of age at any age is never easy.

Rick and Colleen are off to Florida for a getaway. Megan, tormented, hides it. Russ endures the fact Renee dates Jason, although if he shows how nice a guy he is she’ll come around. Renee, tired of drifting, sees Jason as a change. Jason’s looking for something different, and finds it in Jamie.

Dumped by Jason, Renee runs into Russ and unplanned bar hopping. Ending at his loft, she breaks down. Unsure of what to do or taken the wrong way, Russ ensures she’s safe. The next morning, she bolts without a word. In a misguided attempt to set things right, she arranges a blind date with him and Whitney, her new roommate. It goes well, but he’d rather it been with Renee.

After returning from Florida, Rick all but ignores Megan, causing her more grief. But there’s a reason: things didn’t turn out like he wanted. Seeking her all to willing advice, she invites him to her loft to talk. Renee visits Russ too. It’s not a social call, confronting him on his treatment of Whitney. Shocked, he discovers that’s her impression, not Whitney’s. They trade accusations and apologies, leading her to figure out his true feelings. Unable to reciprocate, they part, both dejected. At Megan’s, she misinterprets Rick’s desire to stop holding back what he really wants. She comes onto him, but he wasn’t talking about her. They part, both confused. The next day, Coleen shows Megan her engagement ring, thanking her for whatever advise she gave Rick. With Whitney, Renee opens up: she likes Russ, but not that way, questioning if she can ever look him in the face again, just like she’s done in the past with other men she’s rejected.

Days later, Russ see Renee at work. Desiring normalcy, she flees, leaving him angry. But news of Rick’s engagement causes him to think of Megan. Renee finally summons courage to face Russ. Too late. He’s bolting to see Megan. She’s in despair, having not left her loft for days. Comforting her, he discovers wine and pills. Flushing them, they trade angry words, with Megan all but admitting she did in fact contemplate suicide. Ensuring she’s safely in bed, Russ then breaks down, lamenting how everything’s they once knew was gone. Next morning Megan and he come to terms with the new normal. He realizes their pinning was like a drug, giving them a false hope and comfort, keeping them going. For better or worse, the drug was gone.

Weeks later Megan meets Renee, who inquiries about Russ. He’s well, planning her temp going away party: she’ll assist the firm opening a new branch, and needing time away. Renee wants her to give Russ her number, to begin reconciliation. Megan kindly states it’ll mean more coming from her, and ask him when the party is. Renee goes to him. After much trepidation, Russ admits his failures at winning her over, never asking what she wanted. She admits she doesn’t know anymore, and maybe never did. They agree, as friends, on a reset.

At the party, friends fill the room, including Rick and Coleen. Eyeing Renee and Russ on the sofa, Megan goes to them. Plopping down between, they clown around, looking happy. The view’s left wondering what will happen to them…

Can a 12 year old understand this in one read? And I think many 12 year olds have little patience and a very short concentration span. However, there´s good potential here. Is my opinion.

sounds promising - add an "a" before scorned