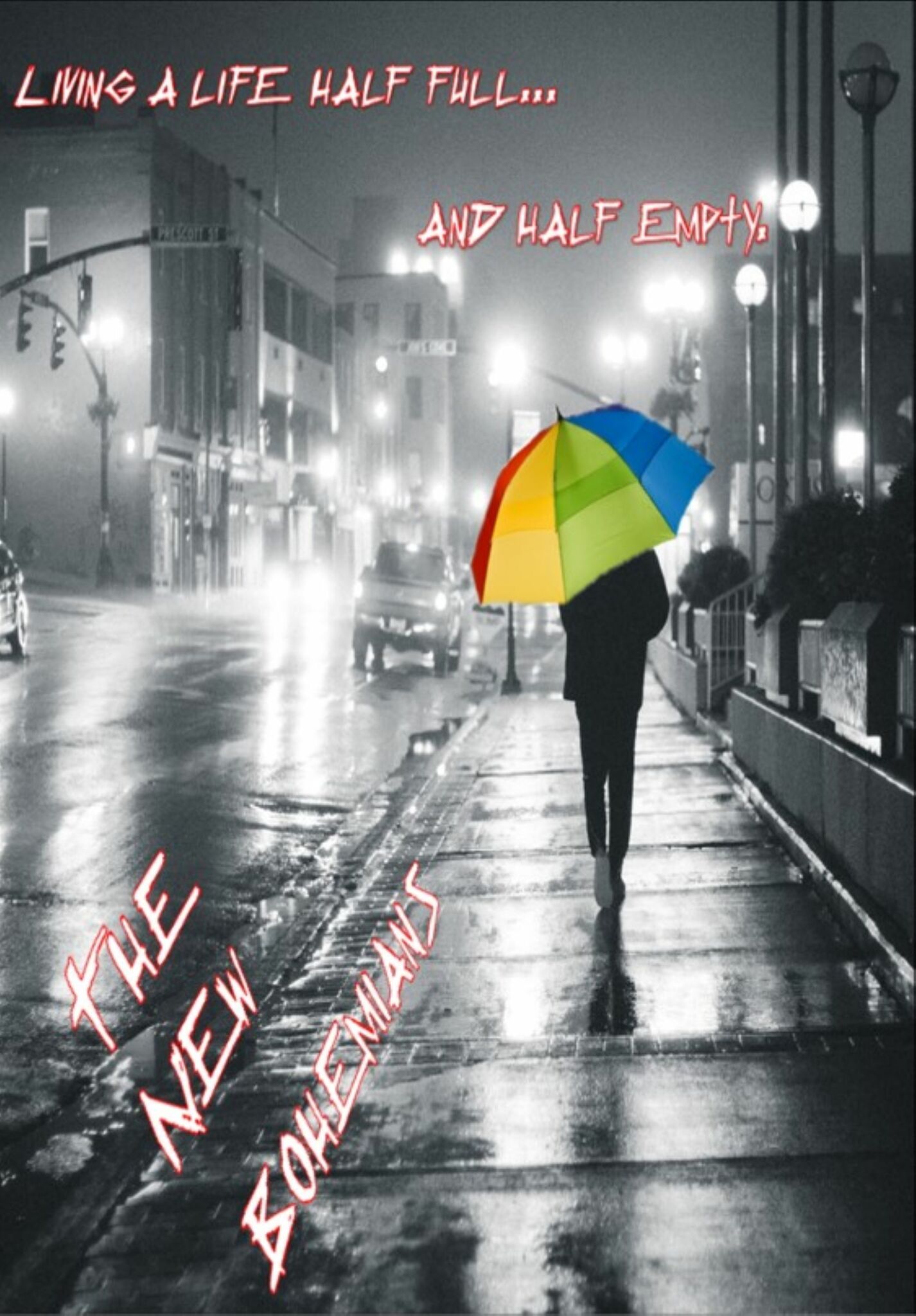 An eclectic group of 21st Century bohemians and millennials of a Midwest City struggle with gentrification, redefining the American Dream and choices they never thought they'd have to make in the fight to preserve their lifestyles.

Overview/World: A one-hour, serialized drama centered on the lives of five, diverse inhabitants of an urban world-of-its-own district —shops, restaurants, clubs, lofts, galleries, businesses— known for its welcoming, revitalized atmosphere. Now they face gentrification, a changing economy and reassessment of the future, one that inspires and scares. Change is everywhere, but the catalyst is faceless. Each is at a different stage in their life ranging from early 20s to 40s. Some are friends, others acquaintances, all separated by the proverbial 6 degrees. Fear of, or accommodating this change, drives each to decisions ranging from the rash to the profound, unthinkable in their past. It also causes each to question themselves. It examines the themes of change, life choices and what does the future now hold well into the 21st Century.

Vision/Tone/Case: Real world issues: Millennials do not have the same opportunities as past generations. The current economy, cost of a university degree, the Great Crash of ‘08 and COVID have altered American culture. They face a lower standard of living, questioning what the American Dream now means. Gentrification affects many areas brought back from decades of decay. Revitalized areas become victims of their success. Longtime residents feel alienated/driven out. These cause worldviews of the characters to differ/shift during the seasons.

These are the engines of change driving the internal/external conflicts each character faces. It’s not about winning/losing, but what you learn by fighting. What’s worth fighting for. Their goal is to mean something in this world. Change is inevitable. How each deals with it is not. This keeps the audience coming back wondering what choices —good, bad, indifferent— each makes.

This is Us (NBC)-The lives of various people from different paths sharing problems we all face.

Simone- Late 20s. Single mom. Vivacious but no attention seeker. Focused on her son and her financially troubled art gallery. Friends with Tabitha, but may lose it for her family's future.

Samantha (Sam)- Early 20s. Devout drummer for a local garage band. Works while attending community college. Seeks a life on her own, but stymied by the times and friend’s misconceptions.

Jacob (Jake)- 30ish. Friendly but an introvert at heart. A talented artist in oil and watercolor. Wants to help Simone but is a functioning alcoholic. Roommates with Edward.

Season 1: Pilot- Tabitha sets the tone: various, free-spirited people, all feeling unfulfilled, searching for meaning; the friendship and/or sexual tension. Simone hides the fact her gallery’s in trouble. Jacob notices she’s drawn towards prosperous local attorney Andrew, which she tries hiding. Edward enjoys Sam for the feelings she brings out, and doesn’t want to lose it. Sam and friends lament the lack of opportunities for people their age. They see Eddie’s contact with an online music company to get a start. Sam's reluctant, but her on/off again BF knows she may have to move back with her parents if their music careers go nowhere. The PT job at a retro boutique isn’t cutting it.

Season: Tabitha’s drawn to Edward, with the goal of winning him over. He focuses on Sam. She bows to pressure and asks for his help. But it ends up helping her, not the band. They and Eddie feel used, but he fears losing her friendship and the connection it brings. Invited to LA, she feels used, only there as an eye candy drummer for an established band. She’s scared but tries hiding it. Eddie goes to her, drawing each other closer. Hides his occasional cocaine use from her.

Simone raises her son alone while owning/managing an art gallery. Art is her passion. She’s torn between using Jacob to save her gallery and growing relationship with Andrew; between the person she needs & the one she wants. Her past with Jacob adds to the dilemma while fighting to save her gallery from higher rent and declining interest. Knowing her problems, Jake struggles trying to be more to her than a friend, but might do more harm than good when she needs someone more stable than he. And trying to be the person she needs proves a challenge as he falls off/on the wagon. A well known tryst with a local socialite doesn’t help. He considers selling his loft/studio and leaving, more so after an offer from a high-class gallery in NYC.

As Tabitha drifts along, she finds a cause in saving the building housing the coop eatery she works and caters for. This quest mirrors not only her journey, but of all characters: building a life only to see it crumble. Unable to get it labeled a historical building, she rallies support. The community’s torn: the new development will add jobs and modern venues while others see it as another attempt to drive out older residents and clientele. One of the developers, an art enthusiast, wants Simone as a new tenant. Tabitha goes to Eddie for business options, and alone time. He misses all the hints. Her losing battle to save the building and discovery of Eddie’s attraction to Sam result in an uncomfortable reassessment of her life.

Season Ending Cliffhangers: After celebrating her first studio recording, Eddie and Sam end up back at her hotel room where they may take a leap of faith. Tabitha discovers Simone’s offer. Challenging her friendship, Simone states her son’s future comes first. Jake decides to leave and give Simone most of the money from selling his loft but an angry plea from her gives him pause. Seeing her world falling apart, Tabitha leaves the audience with a thought: Dreams never sleep in the same bed twice. So, find another dream. Or find another bed.

Future Seasons: Back stories on each character. Knowing there’s no going back, Tabitha faces a new normal. Struggles to reconcile with Simone, her own sense of betrayal hard to overcome. She wavers between trying to win Eddie over and filling an ever growing void in her life, or letting him go, resigned to her fate and that of the area. In the new development, Simone faces a fresh start at the expense of old guard ire. Sam tours with the band discovering the highs/lows of life on the road and failing, long distant relationship with Eddie. Feeling used, Eddie loses interest in music. Draws closer to Tabitha. They find more in common than differences. Contentment eludes Jake after he moves to NYC, more so after meeting an old lover who drove him away in the first place.