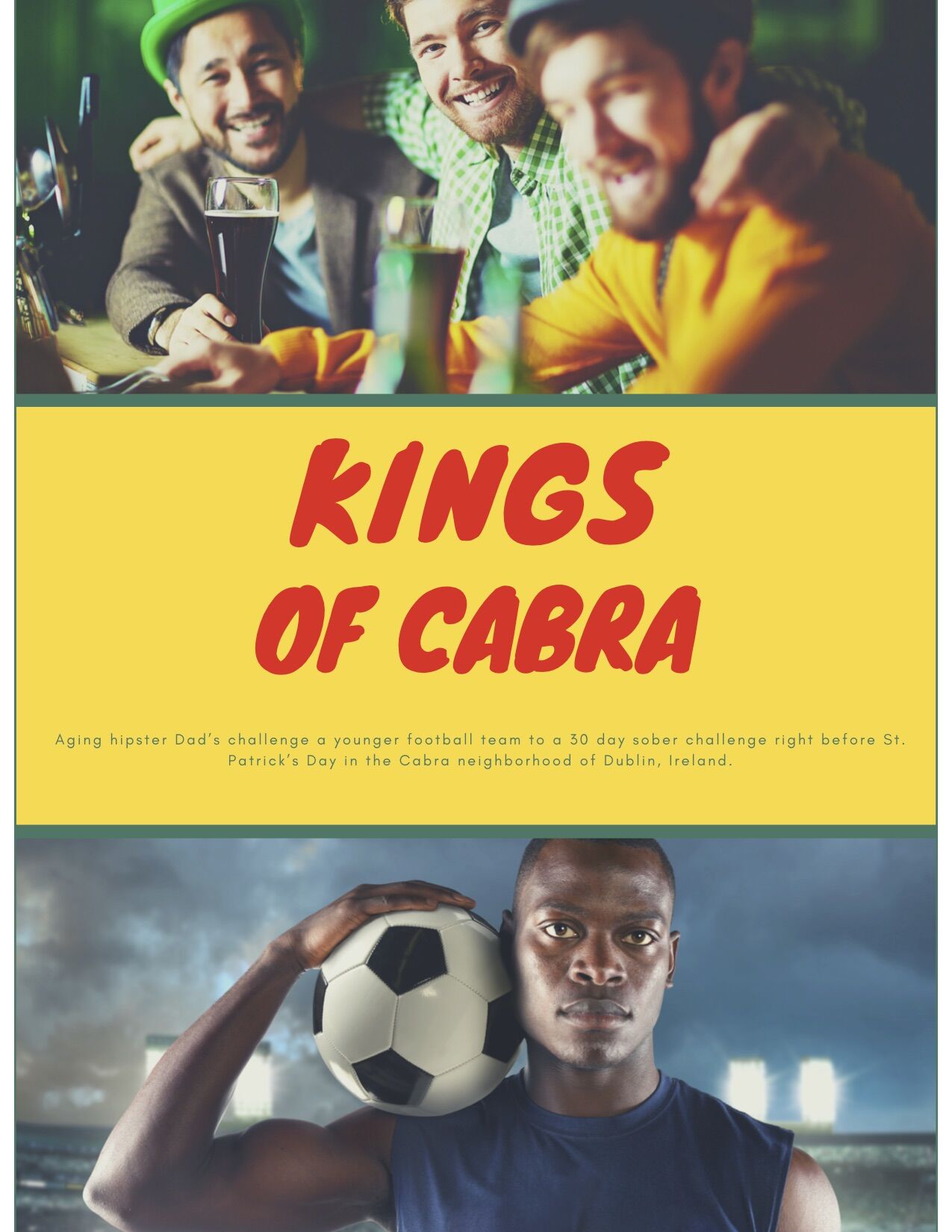 KINGS OF CABRA
By Penner Dang

Kings of Cabra is a male bonding script , written along the lines of “ The Full Monty”, & “ Dodgeball” with heartwarming misfit cast.

Kings of Cabra is a Mis-adventurous, comedy romp, set in the Cabra neighborhood of Dublin, Ireland. Gregory Devlin, an aging Dad, and captain of the King’s of Cabra football team play the Westies, a younger predominantly black team every Saturday. After several pints of the black stuff, Gregory challenges The Westies to a 30-day sober challenge ending just before St. Patrick’s Day. Who will be able to stay sober for 30 days? It’s Celtic craic time.

Friendships deepen in games of sabotage between The King’s team with team mates Finnegan, Cian and Duff. The Westies team with Cullen Hode, and Bard all struggle with their inner vices. Gregory’s teenage son Brandan, and he formed a deep bond in Brandan’s attempt to help his Dad stay sober. It’s a relationship he wishes he had with his own Dad Gallagher a regular at their favorite pub, Head on the Door. With only days left in the challenge, Gallagher has a massive heart attack.

The funeral ends in an unexpected marriage proposal from Finnegan, followed by a wedding, and a souvenir that will last a lifetime. Kings of Cabra was inspired by our friend Robbie O’Brien who is from the Cabra neighborhood and married one of my childhood friends from Manchester England. I believe the quirky, & diverse cast would appeal to a wide international audience. It’s male bonding at it’s finest.

I was a finalist for Kings of Cabra in the Lit Laughs International Comedy screenplay competition. Winter 2020.