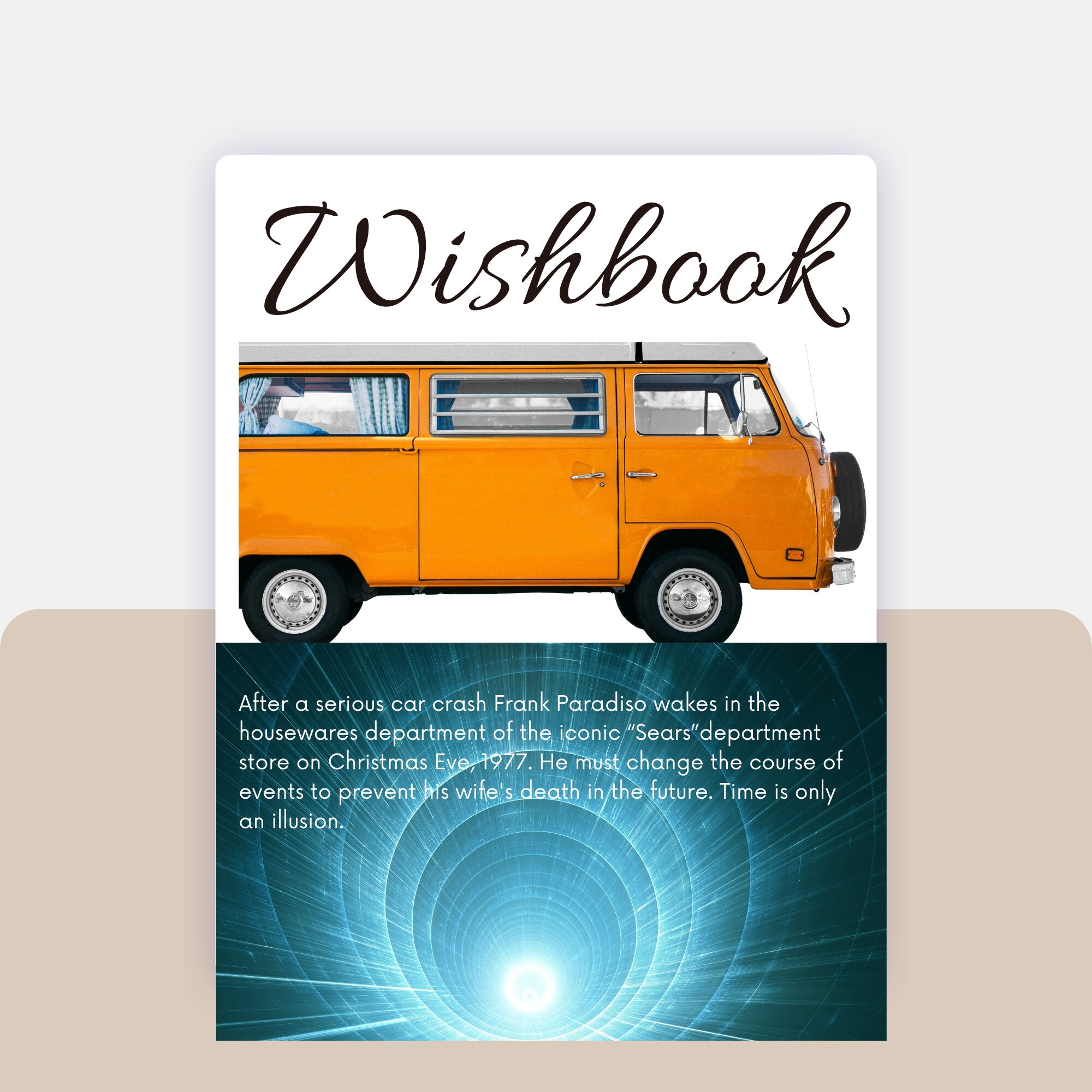 After a serious car crash Frank Paradiso wakes in the housewares department of the iconic “Sears”department store on Christmas Eve, 1977. He must change the course of events to prevent his wife's death in the future. Time is only an illusion.

Wishbook is a romantic comedy, time travel, ghost story script that is written along the lines of “Lady in White”. It has a quirky, diverse cast, set in the Midwest.

When Frank’s wife was killed in a car accident, his life was turned upside down. After buying boxes of books at an estate sale for his used book store named “Wishbook,” Frank Paradiso loads up his 1977 van. Just as he is about to drive off, the man from the estate sale gives him a box of Wish Book Sears Catalogs. The last thing Frank remembers is driving away from the sale.

Adjusting the heat as it starts to snow, Frank swerves, avoiding hitting a deer and gets into a major van accident.

Frank wakes up in a girls bed display in Jefree Sloane’s housewares department on Christmas Eve,1977, the year Frank was born in the iconic “Sears” department store Jefree has no recollection that he knows Frank from the future.

Frank and Jefree decide that if he could only warn his wife of her impending accident, he can change the future. Being trapped in the past makes him very nostalgic. He remembers all of the endearing times he spent with his wife. After running into the perfume counter lady and realizing it’s his mother-in-law when she was young he faints and wakes up in the future. His wife is not only alive, but she is pregnant with their child.

I believe people will fall in love with the romantic, quirky, relatable characters, and the nostalgic trip back in time.