Michael Ebner is a screenwriter with a background in stand-up comedy. His debut novel was ‘Named One of Best Books of the Year’ by Kirkus Reviews ("Laugh out loud lines and dialogue" - Kirkus Reviews) and it is currently in film development. He has written and directed short films for Golden Globe and Primetime Emmy nominees ("Love your reel" - Kristen Schaal). He is presently developing his IP into a series. He has recently completed spec scripts for television series HACKS Season 2 and SUCCESSION Season 4 (“Michael got the voice of the show down. Succession has such a specific language, and its characters have a particular way of speaking to one and other, that Michael captured really nicely.” - HBO Max Executive). 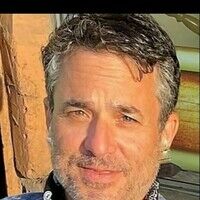