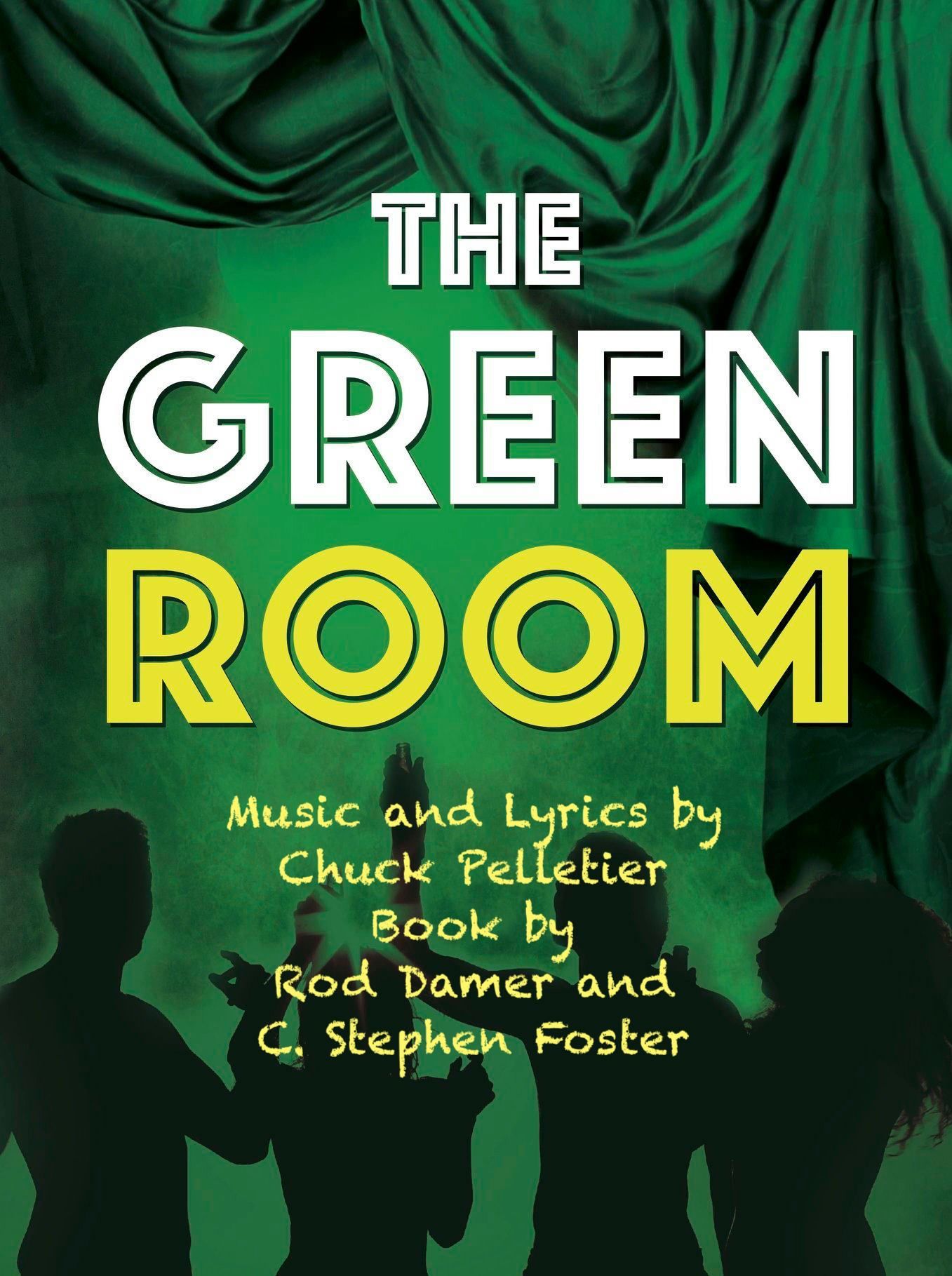 THE GREEN ROOM
By Stephen Foster

4 college theater majors dream of NYC within the walls of the green room in their theater.

The Green Room, the place where actors await their entrance onto the stage, serves also as the study lounge, rehearsal space and support group for four struggling theater majors. Anna and Divonne share their ambitions for life beyond school (“In the Green Room”), but now are somewhat content to concentrate their energies on this space in the bowels of St. Nordoff, a small Midwestern college. Anna introduces her younger, smarter brother Cliff to the Green Room, as well as to Divonne and to John, her somewhat overconfident boyfriend. Brother and sister must convince John and Divonne that Cliff is worthy of acceptance into their group and into their beloved territory (“He’s Got Style”). Cliff’s earnestness and wit, along with his talent as a playwright, finally win them over. As the girls prepare for an upcoming audition, John takes Cliff under his wing and expounds on the virtues of being single (“Bachelor’s Anthem”). However, neither can overcome their attractions – Cliff to Divonne and John to Anna (“What Do I Think of Me?”). Cliff and Divonne’s relationship spawn an unexpected dilemma, which Cliff celebrates (“Nothing Can Stop My Boys”). A distraught Anna points out their parents’ inevitable disapproval, but Cliff’s manhood remains undaunted (“Nothing Can Stop My Boys Reprise”). After the four rehearse and perform for their professor’s musical tribute to the Bible (“Don’t Try to Part the Waters”), Divonne reveals to Cliff not only that she is not pregnant, but also that she is breaking up with him (“I’ve Had Enough of You”). During the strike for the show, John ignores Anna, prompting her and Cliff to commiserate about love in a sibling duet (“The All-You-Want-To-Do-Is-Do-Me Blues”). John must weigh the wealth and security offered by a position at his father’s firm against the passion and inherent instability of a career onstage (“In the End”).

Act II opens two and a half years later during our group’s last collegiate all-nighter. Cliff and John rescue Divonne from writer’s block with some electrifying ideas (“Destination Stage Left”). The boys are desperate for Anna’s help in their cram session for theater history, but she refuses as long as she is required to wear and ultra-revealing costume demanded by Cliff’s script. As the other three leave to resolve this issue, Divonne laments her fate as a perpetually underappreciated character actor (“It’s All About Me”). Despite the foursome’s differences, they must pull together to rehearse a song (“Good-Lookin’ Girls”) for Cliff’s play. Afterward, Cliff admits he’s still in love with Divonne, but she convinces him that love will come again to him (“It Comes Easy”). The others turn on Anna whom they feel is needlessly blocking their dreams of conquering Broadway after graduation. Left alone, Anna decides to lay it all on the line, shed her good-girl image and take a big risk for the good of the group (“I Want to Go to Extremes”). Now united in purpose and rededicated to acting, our intimate group watches the curtain fall on their college life and on the place that embodied it. They set their sights beyond the comfortable walls of the Green Room and look toward their future (“Waiting in the Wings”).