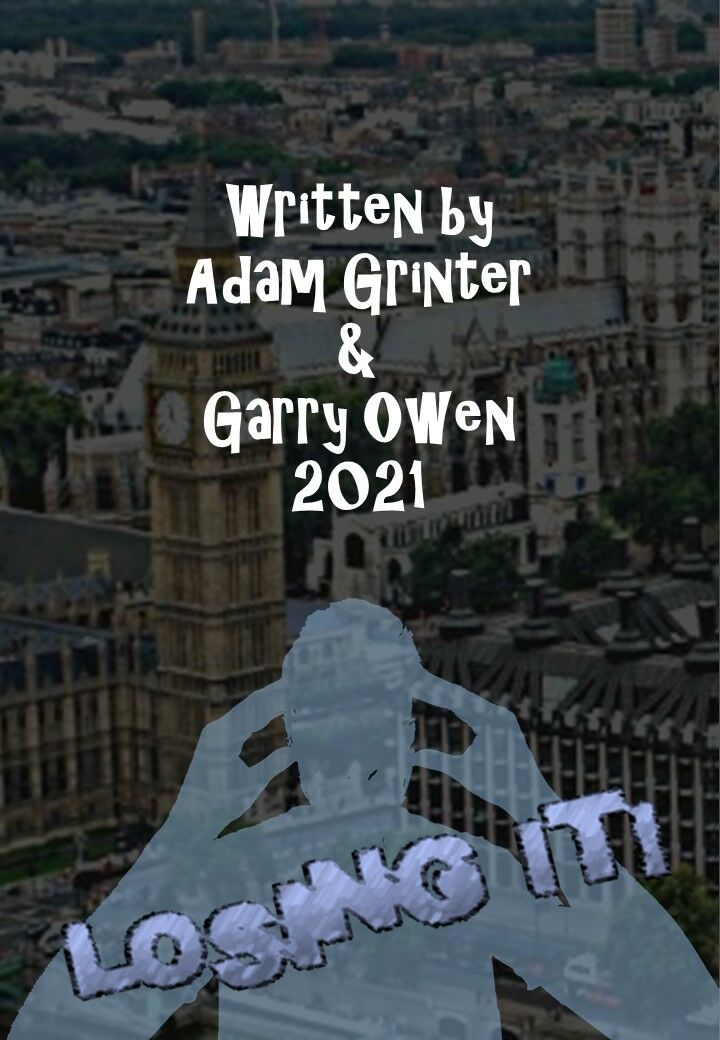 LOSING IT
By Garry Owen

‘Losing It’, is a nostalgic comedy-drama that follows the story of Ian Barrett, a once-famous actor/singer/entertainer, during the 80's. Thirty years later, he feels he is now on the scrap heap of life. He struggles to make ends meet and resorts to jobs he feels are beneath him to keep the wolf from the door. In a delicate state of mind, his latest fad is psychology and the power of positive thought, which leads to a visible manifestation of his subconscious.

The story follows Ian Bennett, an actor/singer/entertainer who had eighteen months of being the hottest star in the UK during the late eighties. He starred in a top-rated soap called Claremont Avenue, had a number one hit single and moved on to be the star of a high profile West End musical.

Unfortunately, he is now thirty years older, left on the scrap heap of life. No longer famous just a nostalgic memory for those of a certain age. He struggles to make ends meet and resorts to jobs he feels are beneath him to keep the wolf from the door. Based in London, where Ian resides in his now shabby, but once classy and opulent flat, we follow him as he tries to survive in a world that he feels has discarded him. In contrast, the story also features flashbacks to his heyday of the late eighties, very different from the mundane life that he now lives.

In a delicate state of mind, his latest fad is psychology and the power of positive thought, which leads to a visible manifestation of his subconscious. His subconscious emerges as Ian’s inner guide and comically leads him to become a better version of himself.

What starts as a light-hearted drama takes a turn for the tragic with the death of a peripheral character. However, due to Ian’s visible subconscious, the comedy remains because he sees and hears a character that no one else does. But far from being a friendly voice the projection insults and humiliates Ian every chance it gets. Further undermining his self-confidence and hampering his attempts to move his life forwards. It charts Ian’s attempt to redeem himself and the voiceless dead man in a world that has moved on and passed them.

Ultimately, Ian must choose a route back to the famous life and all that means or trying to give voice to the voiceless and being returned to the life he has been living for thirty years.

With the story switching between the two decades we are charting the rise and ultimate fall of Ian. We see the inevitable march of time as it catches up to all of us. With the death of Charles, we are also highlighting that there is more than one character ‘losing it’. As well as the slide in ratings for the soap which can also push it into the category of ‘losing it’. There is a fight from all of them to regain former glories. How do you return to the peak when the public perceives that your best days are behind you?

Many of Ian’s life struggles are the everyday issues affecting all of us. Although we have seen shows featuring TV stars we are not often presented with a character who has lost his fame and is living a normal everyday life.

The story is not based on any one real life but rather on a chance encounter with Don Estelle busking in a shopping centre. A once very famous actor and singer being forced to live off the scraps that society will afford him. Also the thought of what happens when you are no longer relevant in the consciousness of an increasingly fickle public.