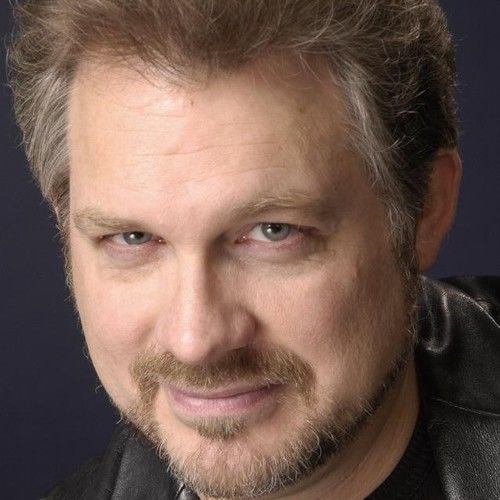 American bass, Valerian Ruminski has performed with many of the leading international opera companies including the METROPOLITAN OPERA NEW YORK, the NEW YORK CITY OPERA, OPERA DE MONTE CARLO, DALLAS OPERA, SANTA FE OPERA, SEATTLE OPERA, MIAMI OPERA, MINNESOTA OPERA, MICHIGAN OPERA THEATRE, OPERA IRELAND, OPERA DE MONTREAL, BIRMINGHAM OPERA, HAWAII OPERA THEATRE, OPERA DE QUEBEC, VANCOUVER OPERA and the CANADIAN OPERA COMPANY.
His repertoire includes the roles of Figaro and Bartolo in THE MARRIAGE OF FIGARO, Ferrando in IL TROVATORE, Sparafucile in RIGOLETTO, Collinein LA BOHEME, the Commendatore in DON GIOVANNI and Sarastro in THE MAGIC FLUTE, Sam in UN BALLO IN MASCHERA, the King Of Egypt in AIDAand Dr. Grenvil in LA TRAVIATA, Zuniga in CARMEN, Daland in THE FLYING DUTCHMAN, Don Magnifico in LA CENERENTOLA and Dulcamara in L’ELSIR D’AMORE, Basilio in THE BARBER OF SEVILLE and Frank in DIE FLEDERMAUS, Gremin in EUGENE ONEGIN and ranges from Garibaldo in Handel’s RODELINDA and Il Re in ARIODANTE to Inspector Budd in ALBERT HERRING and Lt Ratcliffe in BILLY BUDD to the role of President McKinley in world-premiere performances of Persis Vehar’s SHOT.
He made his debut at THE METROPOLITAN OPERA as Zuniga in CARMEN in 2001 and returned to appear as Gualtiero in I PURITANI in 2007 and Nikitisch in BORIS GODUNOV in 2011.
Other engagements during this same period included Zuniga, Masetto in DON GIOVANNI and Feniscio in ERMIONE all for NEW YORK CITY OPERA, the King Of Egypt in AIDA for OPERA DE MONTE CARLO and also for FLORIDA GRAND OPERA, Don Alfonso in COSI FAN TUTTE for SEATTLE OPERA, the title role of DON PASQUALE for HAWAII OPERA THEATRE, Sparafucile in RIGOLETTO for NEW ISRAELI OPERA and also for OPERA PACIFIC in California and Sarastro in THE MAGIC FLUTE for OPERA IRELAND.
Valerian Ruminski’s roles in recent seasons have included Daland in THE FLYING DUTCHMAN during 2014, and Nikalantha in LAKME both for CALGARY OPERA, Timur in TURANDOT for MANITOBA OPERA and Don Alfonso for OPERA IM PARK in Vienna all during 2015, Lodovico in OTELLO for OPERA DE MONTREAL and Bartolo in THE BARBER OF SEVILLE for OPERA SAN JOSE in 2016, a return to HAWAII OPERA THEATRE to sing Crespelin THE TALES OF HOFFMAN, Dulcamara in L’ELISIR D’AMORE for MUSICA VIVA HONG KONG, The Commendatore in DON GIOVANNI for GENEVA LIGHT OPERA, and the Sacristan in TOSCA for OPERA DE MONTREAL all during 2017.
2018 has included, Rocco in FIDELIO for PACIFIC OPERA VICTORIA in Canada, performances of which SCHMOPERA wrote, Valerian Ruminski really came into his stride in Act II, shining brilliantly in the trio … emotional and convincing., and a return to CALGARY OPERA for Gremin in EUGENE ONEGIN of which SCHMOPERA also said, Ruminski turns in a standout performance… (his) vibrant voice filled the auditorium with a warmth and sensitivity that underscored his character’s love for Tatyana… a truly endearing portrayal that elicited one of the warmest responses for the performance.
On the concert stage his engagements have included Handel’s MESSIAH with the ITHACA SYMPHONY in New York and at the BELLE IL EN MER FESTIVAL in France, performances of Mozart’s CORONATION MASS at CARNEGIE HALL, ALEXANDER NEVSKY with the PHILADELPHIA CHORALE, Beethoven’s SYMPHONY NO.9 with the HONOLULU SYMPHONY and the BUFFALO PHILHARMONIC, four return engagements, between 2004 and 2014, to appear as soloist in OPERA DE MONTREAL‘s opera gala and THE METROPOLITAN OPERA‘s RICHARD TUCKER GALA in 2000, with fellow soloist Ruth Ann Swenson, conducted by Julius Rudel.
Valerian Ruminski‘s recordings include the NAXOS label release of NIGHT AT THE OPERA with other singers whom have debuted at THE METROPOLITAN OPERA as well as the newly released VICTOR HERBERT: COLLECTED SONGS on NEW WORLD RECORDS.
Of his performances of Daland, the CALGARY HERALD wrote in 2014, Daland is always an opportunity for a basso profundo to take centre stage and Valerian Ruminski was great. Even better was his duet with Mr. Fink in Act I – it was great stuff., while OPERA TODAY, reviewing his performances of Luther in THE TALES OF HOFFMANN for the CANADIAN OPERA said, The incredible depth of this cast went on to include a ringing Luther from Valerian Ruminski., and also wrote of his Garibaldo in RODELINDA for PORTLAND OPERA, … Ruminski was terrific… he tore up the stage with his solidly projected arias and theatrical conviction. The IRISH TIMES described his Sarastro, in 2014, as … sonorous, stately and authoritative.,
Performances during 2019 included Sparafucile for the CALGARY OPERA and the roles of Brandenburg and Homboldt in Paul von Klenau’s opera MICHAEL KOHLHAAS, and Gremin, both for the DANISH NATIONAL OPERA.
Mr. Ruminski Founded and maintains NICKEL CITY OPERA in Buffalo NY and has produced over 20 shows including RIGOLETTO, BARBER OF SEVILLE, TOSCA, MARRIAGE OF FIGARO, DON PASQUALE, IL TROVATORE plus the WORLD PREMIERE of SHOT! which dramatizes the assassination of President McKinley in Buffalo NY in 1901. 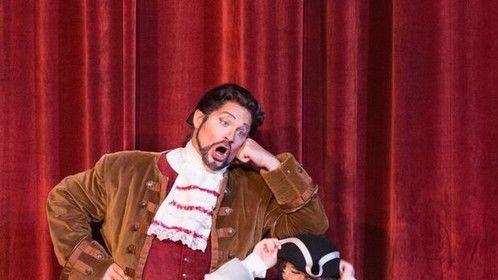 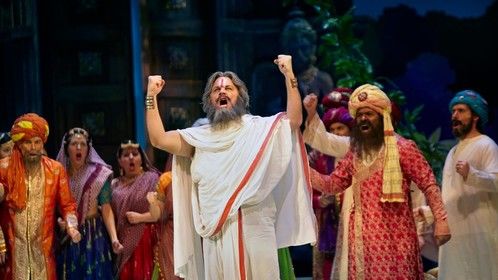 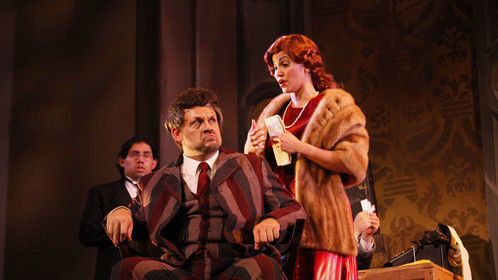 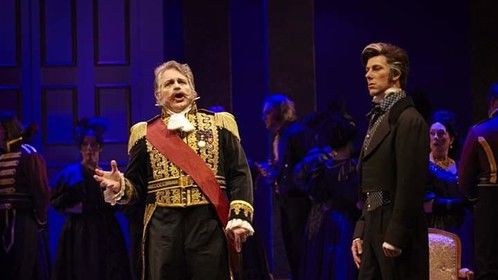