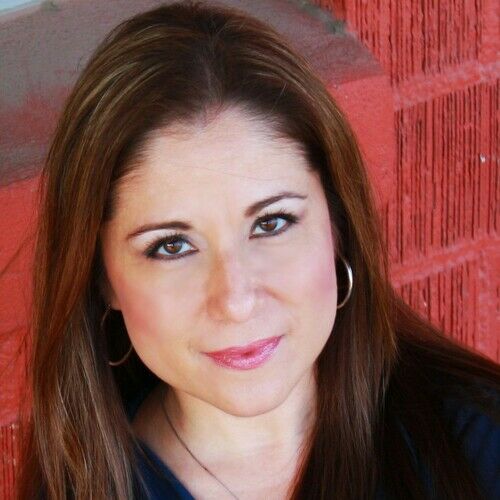 Laura is a film producer and consultant, specializing in multiple forms of media and entertainment. Much of her work has been in the Latin space, however she has worked on a diverse range of feature films, music videos, educational videos and documentaries.
Some may consider Laura a “renegade filmmaker” as all her production skills including writing, shooting, editing, and web design have all been self-taught. She regards the low-budget projects she worked on early in her career as her “film school” because they each required the successful juggling of multiple roles, although her academic education has also been vital to building a career in the entertainment business. Laura has a Juris Doctorate from Saint Mary’s University School of Law, a Bachelor’s Degree in Psychology with a minor in Communications, and an Associate’s Degree in Theatre.
Laura began her entertainment career as a writer. “No More Empty Chairs” – the stage play which she co-wrote, was recognized by The National Coalition of Hispanic Health for outstanding advocacy. In addition, the feature film “Harvest of Redemption” which she also co-wrote, won the “Best Foreign Feature” award at the International Family Film Festival in Hollywood, and was distributed nationwide by Blockbuster. “Harvest” features the touching true story of a Latino migrant farm worker family and an unpunished murder that they must not only face, but learn to let go.
She is currently producing and directing a feature documentary entitled “American Orange,” which explores the “mysterious” decline and demise of an impoverished citrus producing Latino border community that coincidentally also housed an Agent Orange producing plant during the Vietnam War.
Laura is a 5-year member of the National Association of Latino Independent Producers. She has been a screenplay judge for Final Draft’s Big Break Script Competition, The American Screenwriter’s Association International Screenplay Competition, Scenarios USA’s “What’s The Real Deal” Screenplay Competition, a consultant and panelist for The CineSol Latin Film Festival, and honored for her contributions as a speaker by The Migrant Students College Assistance Program.