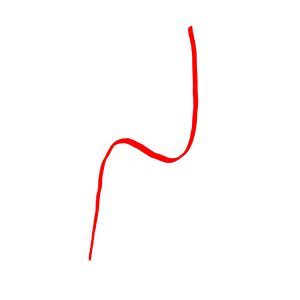 ALL THAT WE ARE
By Derek Power

A philosophy professor at MIT engages in a friendship over chess with a library assistant that could change him into who he really is.

It starts with an argument about Star Wars, which Thomas Ritchard disarms. He then proceeds to the classroom where he gives a survey of Western philosophy to his students. He lectures about Descartes: highlights his life, summarizes his philosophy, and finally proceeds to pick it apart. His overall delivery is quite crass and every now and then he berates the students too. Afterwards, he meets with a struggling student, Kay Philips-Voight, and offers little to no consolation. Yet at home, he reads contently but suffers a deep melancholia.

One day, whilst at Hayden Library, he sees Sophia Avery, one of the full-time library assistants, working at the service desk with a chessboard in front of her. The next time he sees her, he challenges her to a quick game which results in him losing in fifteen moves. This doesn’t stop Thomas from proposing a meeting where they could play a more leisurely game. She accepts and they play at Muddy Charles Pub where she comments on both his playing style and his pedagogical approach. The next day, Thomas meets with Kay but this time is less sardonic toward her. Later Thomas meets with Sophia and they arrange to play out in the Lipchitz Courtyard near the library. She tells him how she came to work in the library and how she views chess. Thomas then softens more of his sardonic tendencies by giving a lecture that’s not scathing. Afterwards, he meets with Sophia again and they decide to walk together along the Memorial Drive median. A pleasant and playful exchange then turns into a clumsily delivered kiss and an awkward silence.

Interpreting this silence as a rejection, Thomas becomes more withdrawn and insular. The next couple of meetings with Sophia are tense where Sophia inquires and Thomas deflects. The second one ends with Thomas insulting her. All of this tension and turmoil feeds into his next lecture where a discussion concerning the existence of God and the relevance of religion takes Thomas to his breaking point. He yells at his students in a way he hasn’t done, even when he was acting sarcastic. Word of the explosion spreads and it leads to a split with Sophia and administrative leave for him. Thomas is distraught by it all and for several days, he wallows in depression in his home. One day, Sophia’s older sister Michelle invites Thomas for lunch to talk about Sophia. Inspired by something she said, he returns home to write a letter to Sophia explaining why he assumed sardonic and sarcastic traits, how she influenced him to drop the resentful facade and how he wants to put them aside to be more of himself. Thomas then calls the Dean of Humanities to straighten things out.

The next semester, Thomas returns to MIT no longer a sarcastic professor but more himself. He does go to the library once more, sees Sophia and asks her if she wants to play chess with her later.