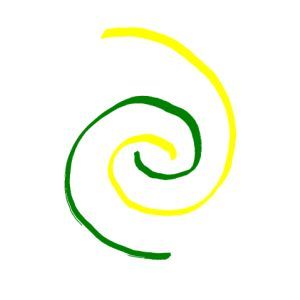 A music and film critic finds himself in a relationship with a graduate student who looks similar to his previous lover.

Christopher Waterson and Nicole Byrne are breaking up inside her duplex located in downtown Waltham on a Saturday night in mid-spring. To say it ends bitterly will be an understatement. Christopher returns to his apartment in Brookline to recover from the ordeal. While he writes articles about music and film for assorted publications including The Boston Globe, his primary place of employment, his thoughts go back to where it all went wrong with her.

On Monday, he goes to The Globe where his thoughts drift to the more pleasant moments he had with Nicole. Thankfully he receives some support and perspective from his long-time childhood friend Sarah Mason over lunch. Afterwards, whilst at Newbury Comics along Newbury Street, he sees a woman there who resembles Nicole physically. Afterwards, Christopher returns to work and sees Jack Barry, a sports columnist and self-proclaimed playboy and night socialite. Learning of Christopher’s recent woe, Jack invites him to a nightclub. Although he expects disaster, Christopher humours him and goes to the club anyway. As it turns out, his suspicions proved correct and he has a miserable time. The next day, Christopher encounters the same woman again, gets angry at Jack and after a punch-out, has a consoling lunch with his supervisor and good friend James Reed.

Emboldened by a new sense of confidence, he goes to Barnes & Noble at the Prudential Center. It’s there he sees the woman again and they casually start a conversation. He finds out her name is Elena O’Keeffe and she’s a graduate student studying psychology at Harvard University. Later that day, they go to her place to watch the DVDs he purchased for himself: The Spirit of the Beehive and The Double Life of Veronique. This initiates their dating relationship. Later on, they go to a karaoke bar together and their relationship grows even more. Then they go to an advance screening of film neither of them would care to go see and their relationship grows even more. It grows deeper when whilst sitting at the Public Garden, Christopher shares a painful memory he had as a child where he experienced “his first heartbreak.” Afterwards, they go to his place where they dance to a favourite song of his and make love.

Summer continues and so does their relationship. They do many things together and it culminates in a day trip up to the White Mountains of New Hampshire. While enjoying a lovely day of vistas and rest, Christopher ends up having a nightmare that unnerves him. When they arrive home, he is still affected by the dream and ruins whatever romantic mood was there. As summer turns to autumn, the relationship starts to strain as moments shared become more tense and more confrontational. It reaches an intense climax when Christopher, with the intention of setting things right, interrupts a study session and turns into a long argument concerning the state of their union. In the end, Christopher leaves after Elena gives her final words. He walks from Cambridge back to Brookline and cuts through Boston. While walking through the city streets on a near-winter night, he passes another woman who looks like Elena and Nicole. As he looks out into the distance, he’s contemplating what to do next.