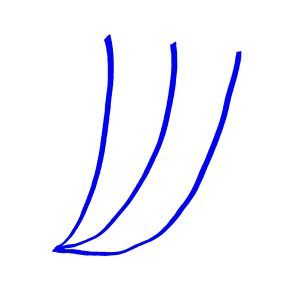 WALK IN SILENCE
By Derek Power

In a Serbian Orthodox parish, a sacristan will have her life turned upside-down due to a new choir director, whose dutiful actions upsets some established parishioners.

It starts with a look at Ana’s life. She is a sacristan at Sts. Peter and Paul Serbian Orthodox Church in Arlington who does her duty and provides a solemn presence during regular Sunday Liturgy. However she is very withdrawn from her surroundings, never talking to anyone and spending much of her time alone at home or at her regular day job working at a local convenience store.

The next Sunday, Joachim (legally named Jacob) Bainbridge enters the parish as the new choir director. He meets with the priest, Fr. Andrej Culic, and begins assuming his duties. He is also introduced to all the members of the choir and later on to some members of the Parish Council and Sasha Vujica, the Kolo Sestera [ladies' group] president. The following Sunday, he learns more about the various shortcomings of the choir and later has lunch with Sasha. Aware of the choir’s weaknesses and confident in the solution, he starts to work with the choir the following Sunday, even when some members offer resistance such as Sonja Todorovic and Dunja Markovic. During the fellowship hour, Jeanne Molyneux and her fiancé Ivo Zukic (both choir members) give Joachim a completely new book that could help him in his efforts. The next Sunday, he announces to the choir his new mission, which includes having week-night rehearsal to practice new material. He also recruits Ana into the choir after he hears her sing. The next Sunday Joachim receives the first trickle of compliments for his work. He also helps Ana in the sanctuary as a gesture of thanks to her for joining the choir. After the next week-night rehearsal, Sasha, Sonja and Dunja gather and begin to formulate a plan to stop Joachim, which is a rumour that Joachim and Ana do lewd and inappropriate things with each other in the altar space. The next Sunday, they give a poison pen letter containing the rumour to Parish Council Secretary Veca Karkunica that Joachim and Ana were acting lewdly and inappropriately in the altar. The next week-night rehearsal also has Dunja calling Vukasin Lekovic, a parishioner, to tell him the rumour. The following week, the rumour spreads in such a way that it brought before a monthly Parish Council meeting. Vukasin presents the falsehood while key members of the choir defend Joachim. Both Joachim and Ana will come to be aware of it and while Joachim will remain confident in his innocence, Ana is distraught by the attention she’s receiving. All of the praise and accusation comes to a full head during the next Sunday, which happens to be the Sunday before Great Lent or “Forgiveness Sunday”: Ana is still distraught and even leaves rehearsal because of it; there’s a final stand-off between Joachim and Sonja & Dunja, which results in their dismissal; now there are four members (including Joachim) to carry the choir; and in the fellowship hall, he has a standoff with the rumor. Joachim takes this opportunity to ask the parish for forgiveness, which the parish responds well and Fr. Andrej praises the gesture, thus nullifying the allegation.

Later that same afternoon, Ana is still upset at what had happened to her. But it then turns into rage and she uses it to go to Joachim’s house to yell at him. As she yells at him, she also confesses she loves him as well. Exhausted by the catharsis, she sleeps on his couch and wakes up to see it is twilight. She wanders into the kitchen to see Joachim and Fr. Andrej there. Joachim excuses himself and Ana proceeds to give Fr. Andrej a deep and sincere confession. After they are done, Joachim returns and Fr. Andrej leaves. The two begin to talk. At first it is a pleasant exchange with some apologies and then it leads into her revealing her life story: she was abused by both her parents; she was then brought up her aunt Mileva; she ran away after Mileva’s death and ended up in New York; while in New York, she had a fairy tale romance with Stefan Hristic that lasts for several years until a car accident killed him and left her into a coma; she left New York and ended up near Boston after she awoke. Joachim offers his sincere sympathy and Ana is very moved by this gesture. It leads to them resting beside each other on the couch. After a few hours, Joachim wakes up in a start to find she is still there. Concerned about giving credence to the rumor made against them, Joachim insists Ana returns home and she protests as she maintains she did nothing wrong. It leads into a discussion that includes a brief overview of Joachim’s own past and an argument about what it means to be married and to be pure. When Joachim starts to sound arrogant, Ana reminds him of this and the overall tone changes to one of mutual admiration and respect. They come to an understanding and they resume lying on the couch again as they once were. A few moments later, they realize it is dawn the next day: Clean Monday, the beginning of Great Lent. They part in closer company and a promise to continue talking with each other. Ana goes to her job and she sees Veca and they mutually exchange forgiveness and part in good company.

Several months later during the Paschalion [Eastertide], Joachim and Ana together help celebrate Ivo and Jeanne’s wedding and it ends with the two of them walking from Boston to Cambridge on Longfellow Bridge to a late spring twilight.