Posted 6 years ago by Paul Barry 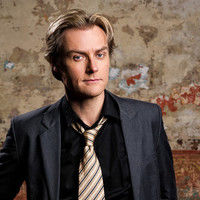 Much has been said on the topic of non-U.S. actors landing prime acting gigs in Hollywood, but much of it accuses America of offering inferior training, which I don’t believe necessarily to be true. Though it may account for a small part of the difference in success between actors from different countries, for my money there are many other highly influential factors than training alone.

Regardless of the standard of acting training, the United States has incredibly expensive tuition. Many other countries have cheap, subsidized, or even free tuition, which obviously makes the acquisition of terrific training far more accessible than it is, or has ever been for American actors. When one considers the influence that is exerted by boasting the same training credentials as Toni Collette, Chiwetel Ejiofor, Marion Cotillard, or Hugh Jackman, it’s not surprising that foreign actors are among those at the top of the list when casting projects in the U.S.

Actors such as Monica Bellucci, Tom Hardy, Nikolaj Coster-Waldau and Penélope Cruz all came to the attention of Hollywood as outliers in their country of origin. Performing in top TV and film productions for sometimes decades before hitting American screens, the advantage they had upon being ‘discovered’ here is undeniable. Had they started from scratch in Hollywood their rise would have been as difficult as any local actor.

I once met an actor from Michigan who came to Hollywood with stars in his eyes, but then went home two weeks later because he (in his own words) “couldn’t find a job”. Many actors from outside the United States do so with an attitude of ‘no retreat, no surrender’ - not only because of the expense of relocating sometimes to the opposite side of the planet, but also as an issue of pride. Denzel Washington once said, "If you’re smart you’ll have a back-up plan. If you don’t, you’ll succeed". Whether this is true or not is for you to discover, but it certainly is a philosophy shared by countless successful actors from outside of America.

If you have ever lived in another country, you will understand how expensive it is and vacationing overseas and moving from another part of the country is not the same beast. Necessary expenses for work visas, international flights, accommodation and wheels can run easily to $20,000 to simply make the move. To do this effectively actors from elsewhere save up a lot of money over a long time, which makes it easier to have longevity in this career. The much higher wages of places such as Sydney or London make this easier and therefore afford some foreign actors a certain advantage over locals.

One common trait of people living in other countries is that they attract or create strong expat communities in their new homes. In this instance, they are highly likely to attend an expat party or event and there would befriend someone who was pretty much inaccessible back home due to their high status in the industry. Celebrities all seek out the same expat community that unknowns do, putting an actor who is starting out in the same room as someone currently working with Halle Berry or James Cameron. With connections of this level on one’s team, the chances of success in the new country can often be far greater than they were in one’s own. Even Canadians experience this advantage once in America.

There is no doubt that many actors from around the world are lured to Hollywood by the potential of huge financial reward. That said, the reward of working with some of the greatest film and television actors, directors and producers the world has to offer is a pretty strong pull too. The fact that hugely successful directors like Christopher Nolan or Peter Jackson want to work with their fellow (non-U.S.) countrymen is a fact that should also not be overlooked when it comes to the success of many foreign actors in Hollywood.

Everyone would love to be able to claim that they ‘discovered’ Margot Robbie, Heath Ledger, Idris Elba, or Rosamund Pike. The industry gets excited about actors in the U.S., sure, but it’s often based on someone else getting excited about these actors before them. This interest is fueled by awards, festivals, and success on previous projects, which is much easier to find when casting directors and directors seek out the cream of the crop in other countries, saving themselves the effort of having to look around their own backyards.

From the French, meaning an elusive, indefinable, and yet pleasing quality, even Americans (in particular G.I.'s) once had this mystical allure over Australians (in particular the women) during and after World War II. The allure of something foreign will never go away, but it most certainly shifts, changes and even runs in cycles. Let’s face it; many Americans have never traveled to Australia, New Zealand, or England and don’t necessarily immerse themselves in the film and TV of those places either. Meeting a confident and talented actor from one of these other countries can be intriguing to casting directors in the U.S., especially if the actor has mastered the accent, which leads me to…

When I studied at NIDA in Sydney (training ground for Cate Blanchett, Hugo Weaving, and countless others working as leads in U.S. film and TV) we frequently performed plays from all around the world. Regional British dialects, various dialects of the United States and even African and Asian accents were all par for the course in our training. It’s possible that American acting institutions also include study of worldwide dialects, but having been colonized by Britain historically and a America culturally, accents seem to come much easier to Australians for instance than they probably do to Americans unfamiliar with film and television of other countries. It’s easy to be familiar with something upon which you’ve been bred since childhood.

Charles Darwin once wrote that ‘ignorance more frequently begets confidence than does knowledge’. When one has never failed at something before, his or her confidence level is much higher than that of someone failing for the 50th time. Never fear though, after a few years of striving unsuccessfully in another country the playing field levels out. One cannot overstate the importance of non-U.S. actors not yet knowing that they can fail when auditioning for Oliver Stone.

Despite committing to relocating entirely to the U.S., the foreign actor always has another option and one that isn’t necessarily unappealing. The local actor can move back to Wisconsin, but the Irish actor who fails to land work in L.A. can still return to a role in one of the top theatre companies or networks in London or Dublin. An American actor’s fallback will be at a somewhat lower level than that, which feels very much like a demotion rather than a sideways promotion. The effect on confidence levels in this respect is of great importance to the success of an actor.

An older actor from New Zealand once told me that he deliberately travelled after each job in order to ‘keep the energy moving’. By this he meant that when he returned to Auckland upon completing a gig in Sydney, the industry was so excited to see him. When he finished the play in Auckland he’d fly to Los Angeles, where people were over the moon to hear what he’d been up to. When pilot season ended he’d drop in and pay a visit to casting directors in London and found they were incredibly receptive. It’s always nice to be missed by someone. Living in only one place makes t easier to blend into the furniture.

To many actors I have known and taught from all around the world, the United States of America is a playground. A place to try new things, to meet inspiring people and to gain the kind of work one could only dream of in their home country. Los Angeles and New York are both a wonderland for visiting actors, which provides much fuel for their passion and drive to make things happen in their careers in the U.S. The country is vast, the population is large, the industry is much bigger than in other countries and the pay is infinitely higher for successful actors than anywhere else in the world.

If Toronto, Sydney, Belfast, Oslo, Paris, Auckland, or Rome regularly invited thousands of American actors to join their industries and paid them such high salaries, it’s entirely possible that the appeal would be a two-way street.

Paul is a Los Angeles-based Australian actor, director, writer and acting teacher. He is a graduate of the National Institute of Dramatic Art in Sydney, Australia.

Paul has taught in the vicinity of three thousand actors over the past 19 years, in both Australia and America. He has been a professional ‘reader’ for American & Australian auditions, seeing literally thousands of auditions in this time, developing a solid understanding through his own observations (as well as constant dialogue with industry practitioners) of what works and what doesn’t.

Paul has been acting coach on US feature film and a multi award-winning Australian TV. He has taught Australian Film Institute (AFI) & Logie Award-winners and nominees, as well as other professional actors. Former students of Paul’s have taken lead and guest roles in most TV shows and films made in Australia in recent years and now regularly appear in US TV & film.

If you missed Paul Barry's Stage 32 Next Level Webinar Improving the Actor-Director Relationship: The Art of Give and Take, it's now available on-demand click here!