Posted 5 years ago by Pierre Filmon 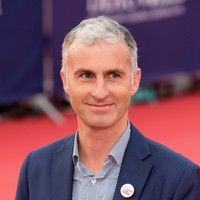 On my way back from the Cannes Film Festival this year – the film I directed, Close Encounters with Vilmos Zsigmond, an 80min-documentary film, was an Official Selection (at Cannes Classics) – I was wondering if I could gather some tips (let’s say five) for those who haven’t already made the step to grab a camera and shoot, for those (like me) who have no budget just passion, for those who are dreaming of having one day a film in Cannes.

When you work on making a (documentary) film, concentrate on boosting your creativity. You can always borrow a camera or find someone to help you make your idea come true. But if your idea is inventive, original, smart, if your idea consistently sticks to your subject (for example making a film about kids and deciding to shoot at kid’s height only), then others will get excited by it and be more willing to help you do it. In my case, I had to film the cinematographer I respect the most, Vilmos Zsigmond, one of the greatest among the living masters (Academy Award for Close Encounters of the Third Kind, director of photography for Deliverance, The Deer Hunter, McCabe & Mrs. Miller and Blow Out), I had not only to have the best possible image, thanks to the best cinematographers possible behind the cameras (as the minimum respect for Vilmos) but I had to find original, vivid and simple ways to make Vilmos express his art. We decided with our crew to have our first setting of cameras and lights filmed under Vilmos’ tutorship and see how Vilmos would react. We asked him permission. He said yes. Well, that’s now the very beginning of the doc, and I am quite proud of it because it links you immediately to the subject of the documentary (a cinematographer talking about lighting and framing before being interviewed) and it did not cost more money to shoot, just one extra camera… and one good idea.

Never forget that you are living a dream many, many others just dream of and have not patience, persistence nor LUCK to live (try to avoid the jealous kind). Always be happy to share your experience and your vision. If you are open to others while working, you will be surprised how the best react and how much you discover about your project by other’s reaction. You will meet your brother’s and sister’s souls in creation as everyone involved in Art can understand your problems and hard battles if you take time to explain them. You can hardly imagine the tough life the ones you meet have and once you have invited the best out of people, you have to be patient and a careful listener. Be kind to people.

If your film is the expression of who you really are, it will resound in others in an amazing way. Trust your emotions, your instinct and your path. Express who you are in a simple way and even if you feel lost in the process, something true will come out of it. In my documentary, I wanted to create a particular atmosphere, a very intimate one, the same I always feel when I watch a film which deeply touches me, as if it was meant for me only, as if the soul of the director was directly addressing me across the screen, the years or the story. Cinema is also a one-to-one experience. I wanted to catch this quality by filming in a very simple way and trying to create a general openness and freshness while interviewing every person, from James Chressanthis ASC my US DoP, to John Boorman and John Travolta ; although I edited for many months - going through moments I felt I had lost everything along the way, once the film gets projected now, I can feel in the audience an attention to what’s on the screen, an attention I long for when I watch a film. It works. They care ! It is a miracle and miracles happen. Not sure I’ll be able to succeed another time… But I’ll try !

Try not make mistakes in trusting the people who will surround you while making your film. It is not the easiest part of the job to instinctively make the right choice (when you have no time and no money) and I must admit I failed sometimes, even for a good reason - like having such the necessity or urge to carry on such or such process of creation that you have no choice than to trust the person available for it, in front of you. Sometimes you make the wrong choice, the one you realize too late… Everyone surrounding you is important and should bring their best to your project. Giving your best and not getting that back from your partner is a very unpleasant experience. But it is your job to always care for and preserve your crew. Try to listen to every one of them as everyone has ideas, sometimes better ones than yours (if they are interested). Making a film is so difficult that you will live through the experience in a much better shape if those surrounding you are supportive. If not, hold on, stick to your film and bite the bullets.

Never forget to thank every each one person helping you with dedication. A direct look into the eyes, a frank handshake, a smile and a joke will always be appreciated by the person next to you. Try to create Art and pleasure in the same time.

Pierre Filmon is a director, to date he has complete four short films (you can watch 24/24 on my website) and the documentary "Close Encounters with Vilmos Zsigmond" (1978 Academy Award for Best Cinematography for "Close Encounters of the Third Kind" by Steven Spielberg). His documentary will have its theater release in November 2016 and was an Official Selection at Cannes Film Festival 2016, Munich 2016, La Rochelle 2016, Deauville 2016, and La Cinematheque Francaise. You can network with Pierre on Stage 32 here.