Being a Producer: Crazy Horse Girls and Wandering the Streets of New York

Posted 7 years ago by Stephen Mitchell

Today marks the return of master raconteur Stephen Mitchell to the Stage 32 Blog. Stephen has walked a wide and varied path through film and television wearing several hats along the way as an actor, screenwriter, director, and producer.

Stephen has written two enormously popular blogs for Stage 32, Marlon Brando Calling.. and The New Hollywood Studio System and has hosted one of our most highly attended Stage 32 Next Level Webinars (some may say fireside chat), How to Shoot a Film in 15 Days and Survive to See Profits.

We're thrilled to have Stephen back to share another tale from his entertaining creative journey.

What does a movie producer do, anyway? According to Richard Corliss, one of the editors of Time magazine: This is the Hollywood equivalent of Freud’s “What does a woman want?”

The most popular misconception I run into is that a producer is someone who funds your movie. If that were true, we wouldn’t need the term “investor”. It may be that a producer attracts money to a project but that is only a part of his or her job of attracting anything and everything a project needs to be viable and get up onto its own legs.

After I left Paris and returned to Los Angeles to market The French Chef which I’d shot with Philippe Léotard, I found that I was getting interest in The Crazy Horse Saloon revue which was situated on the avenue George V. I had met with Alain Bernardin, the owner of this Parisian landmark and had secured the rights to the show for cable TV in the US. Not realizing it at the time, other US companies had already been negotiating with Alain for those rights including Al Burton who was Director of Development for Norman Lear. The rights went to me—for a token $1. You might say, a producer’s job is being in the right place at the right time and being able to speak French.

I developed a good rapport with Alain and he offered to “lend” me one of the Crazy Horse girls to act as Philippe’s assistant when I shot The French Chef. Alain approved of the fee I offered her and we had a deal. I think a good producer realizes you don’t build a hamburger stand to cook one hamburger and so it was that I involved Bernardin, if indirectly, in another of my projects. You will often hear a good producer speaking of “relationships” he or she enjoys and without those ties to interesting and important people built upon past associations, a producer is hard-pressed to produce.

Interestingly, though I had selected her from a line-up of girls arranged for me by Alain one afternoon at the Crazy Horse, I was not prepared for the girl I picked up at her apartment in Paris the morning of the shoot.

I am sorry to say that I don’t remember her name but she was an American blond living in Paris and working in the Crazy Horse revue. Though I had expected all the girls to be French—a romantic notion, perhaps—most of the girls in the show were from other countries. I picked her up early in the morning and she climbed into my car wearing jeans, a flannel Pendleton shirt and no make-up. She was carrying a wardrobe hanger and, for a moment or two, I thought she was a friend of the girl I had selected and was coming along as a wardrobe mistress or make-up artist. When she settled into the front seat, closed the door and buckled up, I got the message that this was my girl. Had her plain-Jane sister decided to fill in for her on the shoot? With two intertwining projects involving Alain Bernardin, I knew I had to do a good job with this girl and could ill afford a negative report of her experience with me to get back to Alain. A producer needs to realize that things he or she thought were a slam dunk can go south in a heartbeat.

Driving to the location, La Mère Catherine, a restaurant in Montmartre, she told me her story. Far from being the exotic creature one might expect her to be as a member of the Crazy Horse line-up, she painted a picture of being from a rural area of the United States with a boyfriend back home whom she intended to marry after earning a predetermined amount of money at the Crazy Horse. She also told me that she, her family and her boyfriend were Jehovah's Witnesses. Perhaps you will forgive me for thinking I chose the wrong girl. I asked her how working in a nude revue in Paris went down with the family and boyfriend and her church. “Not too well,” she said. A really good producer would recognize that he or she just heard an inadvertent, million-dollar movie pitch.

When we walked into La Mère Catherine, the crew was setting up. No one took notice of the Crazy Horse girl as I escorted her to the ladies room which would be her dressing/make-up room. I found a quiet place to sit and write some English text as dialogue for Philippe who spoke no English but I had a coach there to help him speak it phonetically.

About an hour later, I was suddenly aware that the room had fallen silent. All of the bustle and commotion of a crew setting up for a shoot came to a complete halt. I looked up from my writing to see our American Jehovah's Witness from the heartland trying to locate me. I almost didn’t recognize her. She had transformed herself into a Crazy Horse girl with hair and make-up and the sexiest, lime green tube dress you can imagine. Let that be a lesson to us all! Sometimes a problem fixes itself…

Fast forward a few weeks and now I am in Los Angeles. I had yet to return to Paris to shoot the film for Tropicana and I am enjoying making the rounds of production companies regarding my projects and driving my Maseratis that had been sitting idle during my two years in Paris. I also managed to get in some sailing aboard a friend’s forty foot sloop. Living the life of a producer, you might say.

My agent had RKO Nederlander on the hook for the Crazy Horse project and they were very interested. They had questions and details they wanted to lock down and it became clear that I needed to have a meeting with Alain Bernardin. I called Alain but there was too much to discuss over the phone. Rather than either of us making the trip to Paris or Los Angeles, we decided to meet more or less halfway in New York. I had gotten the rights by looking him in the eye; I felt I needed to be face-to-face with him again to keep them.

Alain put up at the Pierre but when I tried to book, they were full and they laid me off onto the Westbury where scenes from William Friedkin’s The French Connection were shot. Over the next several days, Alain and I would meet in the bar of the Pierre and discuss the various issues of the project.

When we weren’t meeting, I had a lot of alone time since I didn’t know anyone in New York, so I walked. One evening, I saw a Woody Allen film that hadn’t yet appeared in Los Angeles, Stardust Memories, and after enjoyed a late supper of pastrami on rye with a Dr. Brown’s cream soda at the Stage deli and listened to the conversations of those pouring in as the Broadway shows let out. 42nd Street was the hot ticket at the time. Everywhere I looked, I saw stories to be told.

Some evenings, I would just walk the streets and study the architecture wishing I had a camera with me. I remember finding an amazing, black saxophone player on a street corner at about one in the morning. Jazz was his thing and he was especially gifted. I assumed he might be a session musician during the day. Like a scene from a surreal Fellini film, the two of us stood there enjoying the performance that was for me alone but echoed along the strangely empty corridors of the darkened New York streets. I should have gotten his phone number but I was already talking to John Klemmer, a saxophonist whose album Touch made a huge impression, about being in a movie. A smart producer should always have a back-up plan.

Finally, the time came to leave the icy New York September behind and return to the endless summer that is Los Angeles. My more recent trip to the city for the premiere of Charlie Evans, Jr.’s Addiction Incorporated on which I was a co-producer brought back some of these memories as I wandered the streets late at night just seeing what is there. I have to wonder what did I see that night that will eventually become the seed of an idea for a film project.

The question is often asked, “What does a producer do?” Sometimes, to quote Jake Gittes, “As little as possible.”

In 1980, Stephen founded an entertainment industry think tank labeled The New Hollywood Studio System in the guise of a repertory company for film and television. He authored the Action/ReAction technique for actors and founded a film school with curricula for writers and directors. Stephen supervised the group until 2001.

In 1985, Stephen launched his cable TV series (Interview). The series, lauded by critics, attracted a cult following that included Oscar, Emmy, Peabody and Grammy winners. It attracted buyers for Stephen's story ideas and generated a first-look deal for him with TriStar Pictures.

Stephen is producing a documentary on the Ferrari 250 GTO, one of which he used to own. He produced Carrera Panamericana (1950-54) and was a co-producer on Addiction Incorporated with Charlie Evans Jr. (The Aviator). He is currently producing a DVD series Elysée Wednesday: Drive! and a TV series Tennessee Long Haulers. Last year, he wrote, Ignorance is Bliss, published Action/Reaction, and is now writing a book about his Ferrari GTO which is worth forty million dollars and is currently owned by Ralph Lauren.

Stephen is available and welcomes your thoughts in the Comments section below... 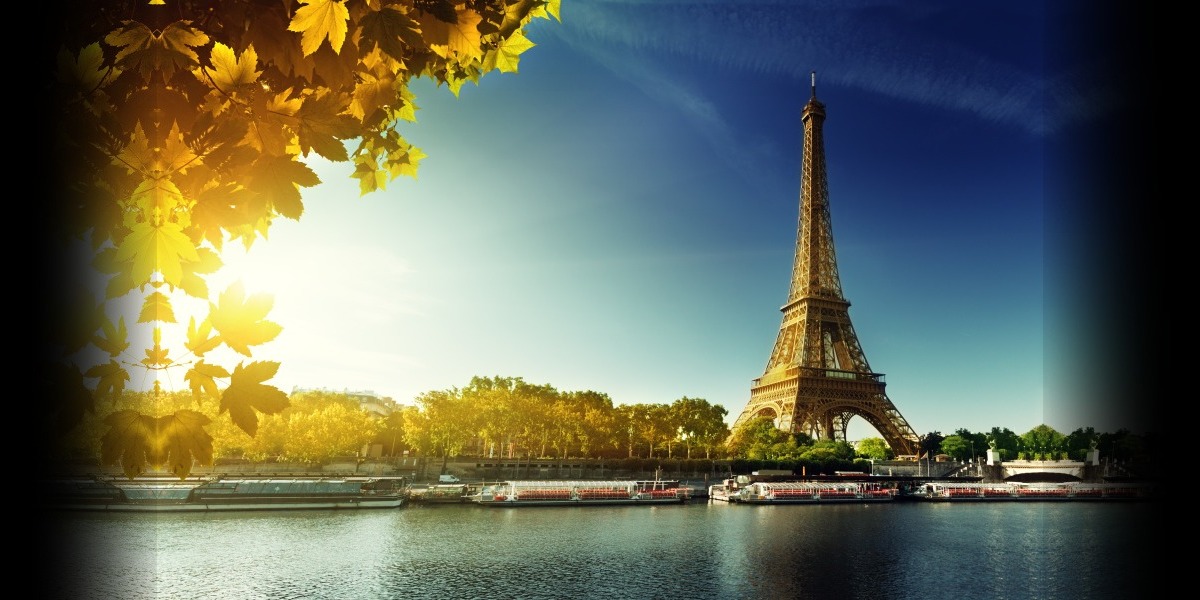