Posted 1 month ago by Jason Mirch

Good morning Stage 32 Creative Crew! We’re back at it on this Monday morning to kick off the week with another massive Stage 32 success story announcement. But before we get into it,  a quick update on the month of May. As you know, we’re a little over half-way through the month and at the moment there have been more than 20 new meeting requests from industry professionals looking to connect with writers through Stage 32 in May alone. That's over a meeting a day being requested.

Executives, producers, managers and filmmakers across the industry continue to tell me how busy they are looking for new material and unique perspectives. More and more these professionals are turning to Stage 32 to find material they can’t see anywhere else.

Which leads to the latest success story from Stage 32 from writer Robert Levering whose feature script, DISCREDITED CITIZEN is now in development with John Goldwyn Productions! You will recognize John Goldwyn Productions as the production company behind features such as THE SECRET LIFE OF WALTER MITTY with Ben Stiller and BABY MAMA with Tina Fey, as well as the smash Showtime series “DEXTER”, and the upcoming limited series “DOPESICK” starring Rosario Dawson and Michael Keaton for Hulu.

At the helm of producer John Goldwyn’s development team is Mike Blutstein, the Vice President of Feature and Television Development. Mike recently reached out to me to say, “John Goldwyn Productions is developing a project we found on Stage 32!” Writer Robert Levering had booked a consultation call with Mike for his project DISCREDITED CITIZEN and Sci-Fi Thriller feature with a very unique premise. Robert is an Austin-based lawyer by trade who used his detailed knowledge of the legal system to construct a near-future story in which the main character becomes embroiled in a life-and-death situation that forces him to confront a horrifying truth to gain his freedom.

It is exactly the kind of “big idea” that Mike and John Goldwyn look to develop and produce. But of course, we all know how long development can take. As Mike explained, “It's a long process and we still need a lot of steps before it's anything, but it's just good to find awesome material on [Stage 32].”

Robert presently lives between Los Angeles, and Austin, where he spends most of his time writing and producing. His story is just another example that when great material finds its way into the hands of talented development executives amazing things happen!

I will have even more incredible stories to share as we move into Summer and development - and production - really start to take off. For now, please join me in offering congratulations to Robert, Mike, and John Goldwyn who are now in business together! 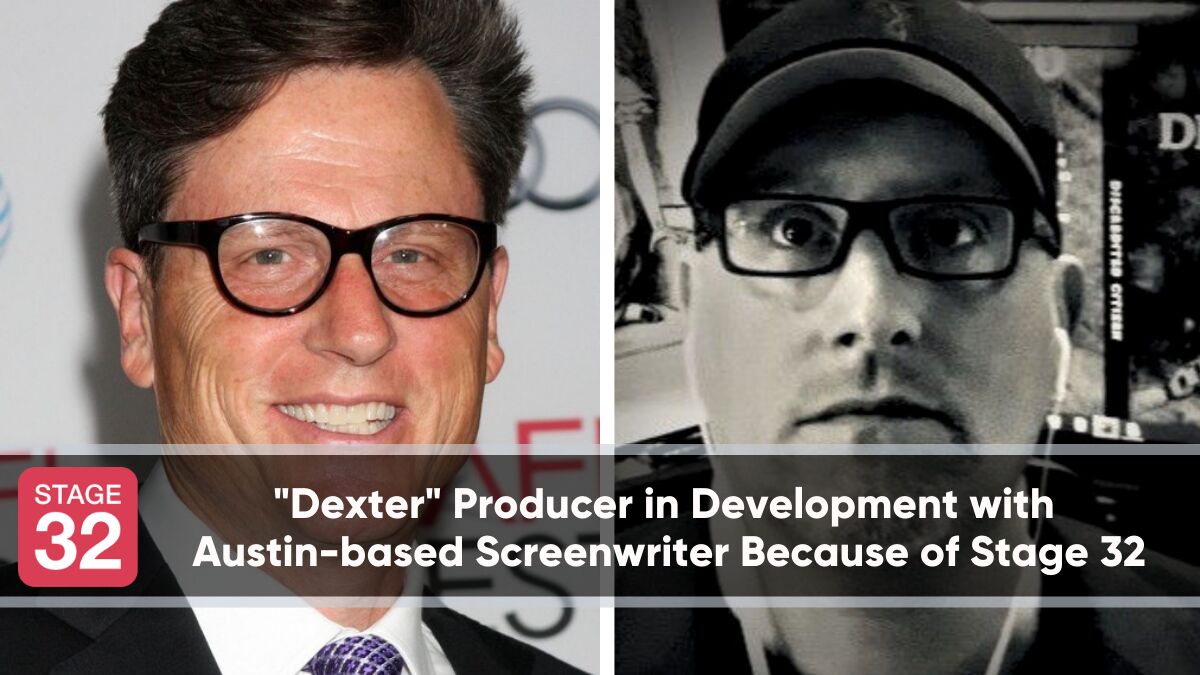