Does Somebody Owe You Money? [An Actor's Guide To Finding Lost Cash]

Posted 3 years ago by Matthew Cornwell

If you’re an actor, you may or may not have come to the realization that as the sole owner of YOU, Inc., no one seems to care as much about your company as you. Often, actors believe that once they get a reputable agent, that the agent will make it their sole mission in life to make the actor successful. Even the best agents can’t offer that. Over time, you come to realize that if this company (again, we’re talking about your career) is going to be successful, there’s only one person that can make that happen.

With that in mind, I want to make sure that you are staying on top of your business and making sure that you are not leaving any money on the table when it comes to jobs you’ve booked. I’ll cover a few different topics, and give some anecdotes for each. 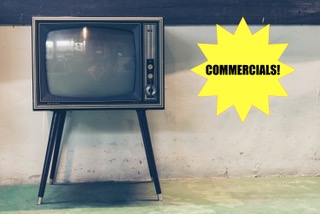 When you book a commercial, there are negotiated terms that limit the usage of the commercial. There will be a buyout length (13 weeks, 6 months, 2 years, etc), a number of edits or lifts allowed (you might shoot a 30-second spot, and they have the right to create a 10-second and 15-second spot from that footage), geographical limits (local, regional, national, etc.), and specified media that it can air on (network, cable, internet, etc.).

It is super important that you understand these terms before you accept ANY job, because the booking will likely create a conflict through the life of the commercial. For example, if you book a Ford commercial that airs for 2 years, they likely will have it in the contract that you can’t book any other car commercials during that time frame. That's why it’s super important to avoid any contract that uses the words “in perpetuity” or “across the universe.” Luckily, you’ll have the guiding wisdom of your agent to make sure the terms of the contract are acceptable. If you don’t have an agent, never accept a job without sharing the contract with a trusted, experienced actor or teacher who can help guide you. (ump into the Stage 32 forums and ask questions there as well.)

Now, let’s fast forward to the period of time after you’ve shot the commercial and it’s airing. This is where you can end up missing out on thousands of dollars if you’re not vigilant. It’s also where you hope to have a network of friends who will always look out for each other. Many times over the years I have helped my fellow actors receive more money. So read on to see the various ways that you (or someone you’re looking out for) might end up with beau coups dollars in their pocket.

Example #1 - It’s Airing Where?
I was sitting in a burrito joint one Sunday afternoon when I looked up and saw on the TV a buddy of mine in a fishing commercial on a major cable network. I texted him the exact time and channel that I saw it on. He immediately replied that the commercial contract only covered internet, not TV. Once he followed up with the agent, they indeed discovered that they were now airing this commercial outside the original agreed-upon terms, and my buddy got a nice chunk of money for the new broadcast contract. It’s important to note that I logged the time and channel, because that may become necessary to prove that the commercial aired. If you call up the cable company to ask for verification, they’ll need this information.

Example #2 - Is That Your Voice?
This is a unique example. My wife and I were watching an electric utility commercial, and noticed a friend of ours not only acting in the spot, but it was also her voice narrating the spot. We texted to congratulate her (along with the channel and exact time), and it turns out she only got paid to be the actor. And it was actually the fault of someone on the production who used her voice over audition as a scratch track for the commercial, and they never replaced it before it went to air, so they now owed her a bunch of money for using her voice.

Example #3 - Advertising a New Product
This one happened to my wife and I, who were both in the same steakhouse commercial. It aired for 13 weeks (it was under a union contract), and then nothing for 9 months. Then one day we saw on TV that they decided to re-cut our footage into a new commercial advertising an entirely different steak. Sure enough, after we inquired about this, we received an additional session fee along with residuals, of course, since it was a union spot.

Example #4 - It Aired When?
Instead of a specific example, I just want to reiterate that you need to stay on top of when your commercial contracts are supposed to expire. Every time I see a commercial with a fellow actor (which happens just about every day here in Atlanta), I text them the time and channel, because oftentimes when it comes to non-union commercials, they will just keep airing them over the years. And if the actor is unaware that it’s airing, then the client will continue to get away with not paying. So help out your fellow actors by always letting them know when you see their commercials airing on TV or online. 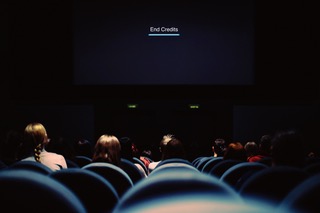 When you book a TV show or movie, the terms are much more straightforward (assuming it’s under a union contract), so the “hidden” money comes from unsuspecting places. Here are some examples to keep an eye out for the next time you see yourself or fellow actor on the small or big screen.

Example #5 - Missing Credit?
I was in the theater watching a movie I had done opposite an Oscar-winning actor. My scene was fully intact, but when it came time for the credits to roll, I was left out. It turns out I was credited as a stunt person. This also resulted in my name being left off of IMDb. Due to the error in credit, I was able to submit a claim through SAG-AFTRA. I ended up getting paid a day rate for the error. Not a bad consolation prize.

Example #6 - Misspelled Name
Last year I was watching a cable TV show that I booked and during the end credits, my name was spelled with only one “t.” First, I had to double check that my contract had the correct spelling of my name. Once I verified that, I was able to submit a claim through SAG-AFTRA and got the same result as Example #5 above. Another check for a day’s pay was sent to me promptly.

Should You Really Complain?
Now, for these last two examples, I clearly could’ve stayed quiet and not raised a stink. However, my name is my brand, my company, and my livelihood. If I let something slide like a misspelling or omission all together, I am allowing a gray area to exist where there shouldn’t be. Each time I book a job, it is the culmination of YEARS of blood, sweat, and tears. I have earned that credit, and I deserve to have it displayed correctly. Because if there is no consequence for errors such as these, then there is no accountability for them to get it right for me or anyone else. I believe it’s important to bring these errors to light. What do you think? 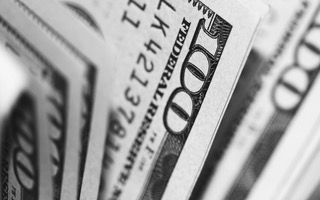 Do not be afraid to stand up for yourself (or for your fellow actor) when you see what you think is a breach of contract. Because, like I said at the beginning, no one cares about your career as much as you.

Do you have your own stories of getting yourself (or a fellow actor) more money? Please comment below. The more we share this info, the more empowered we become!

Other posts by Matthew Cornwell:
To Be in Person or Not to Be in Person: The Self-Tape Audition
Gardening, Surfing, and Marathon Running: Metaphors for an Acting Career 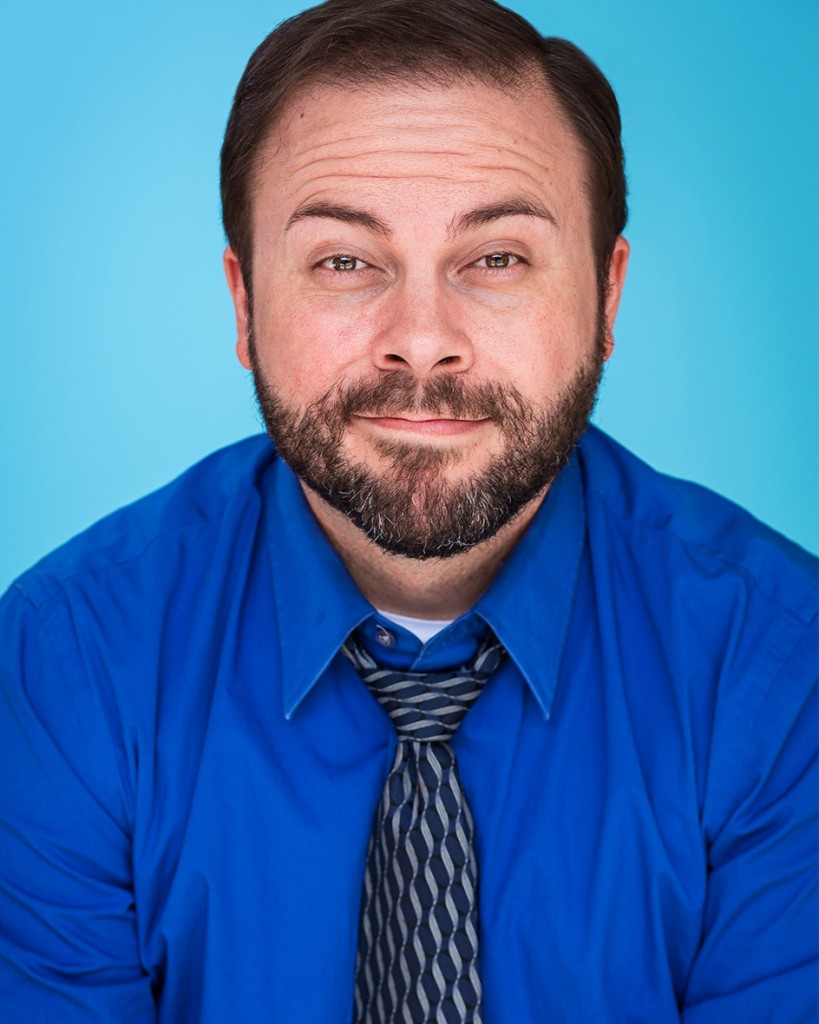 Matthew Cornwell is a full-time actor in Atlanta, GA, who also co-runs one
the first taping services in Atlanta called Get Taped. The service, started in 2010,
is a pioneer for what has become the primary way actors get jobs in the southeast.
Almost no TV show has in-person auditions, unless it’s a pilot or it’s at the beginning
of the season. Some films have in-person callbacks, but even that is not necessarily
the norm.
Matthew and his wife have also co-written and co-produced award-winning content,
including three seasons of the web series, Becky & Barry. Matthew is also a teacher
and coach of acting and improv since 2006. 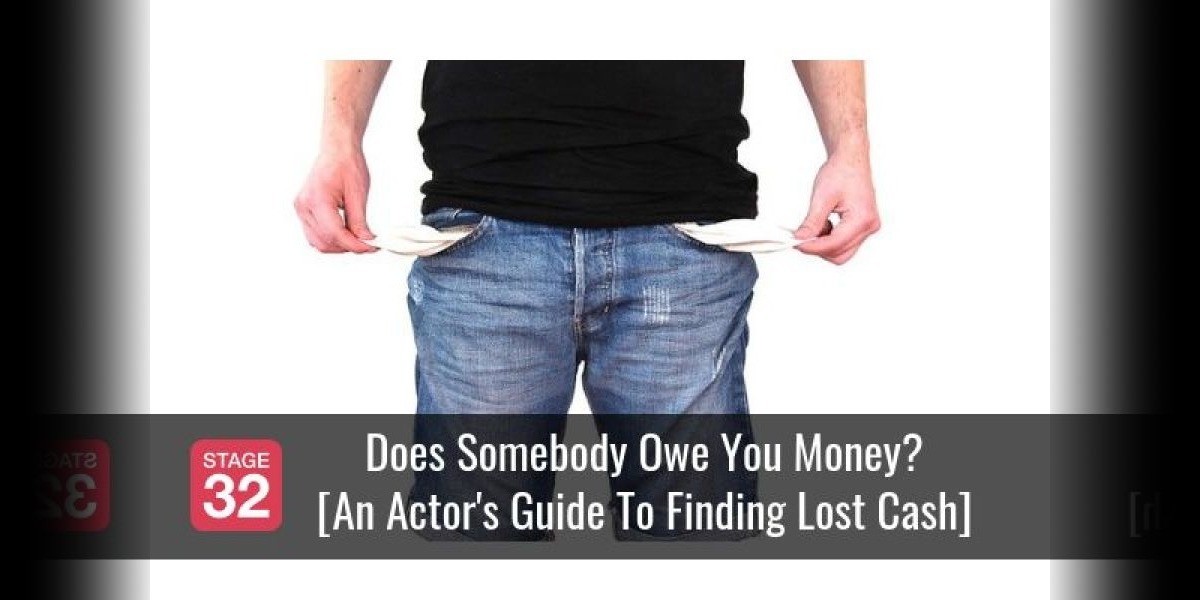