Posted 8 months ago by Joseph Downey 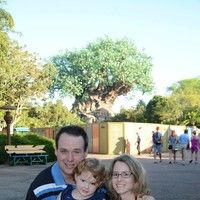 We’ve had some incredible success stories lately here on Stage 32. We've been shining the light on those 32’ers who have found success either through networking on the platform, through our Jobs section or through our script services. Today's story is one that I'm personally involved in and one that with a full heart get to share with you today.

This is one that was 5 years in the making.

The feature film CHICK FIGHT starring Bella Thorne, Malin Ackerman & Alec Baldwin is now in theaters... and it all started from a writer who lives outside of Los Angeles who pitched it on Stage 32, Joe Downey.  Joe works a corporate job in Pennsylvania and has never had any formal training or schooling or connections within the industry until he turned to Stage 32. Joe simply wrote a tremendous script and it found its champion by way of a Stage 32 executive, Tiffany Boyle, president of packaging and sales for Ramo Law. Through a tremendous effort on Tiffany's part, including working with 6 executives in the Stage 32 community, CHICK FIGHT was born.

Prepare to be inspired and do your fellow Stage 32ers a favor and tune into watch CHICK FIGHT on VOD.

Without further ado, I'll turn it over to the man that made the magic happen - CHICK FIGHT Screenwriter and long time Stage 32 member, Joseph Downey.

You can absolutely do this. And convincing you of that fact is my main goal in writing this blog. I don't want to drag this down with too much personal information. Just know that I've lived in Pittsburgh my entire life, and when I started writing, I had no formal training, no industry contacts, and no idea how to even format a screenplay properly. If you can in any way relate to my original situation, please know that it's absolutely possible to succeed.

Full disclosure: you're hearing this from a guy who spent way too many hours sitting in front of his laptop thinking it wasn’t possible. There was a mountain of obstacles to overcome. But I wanted this badly, so I made sure to take things seriously. I worked hard to learn everything I could about the craft. I also knew I wanted to make writing a career, so I didn't think it made much sense to pitch individual producers in hopes of getting a single film made. If this had any possibility of panning out, I knew that I needed a long-term advocate for my work. And that's where Stage 32 comes into my story.

Initially, I had no clue who to pitch, and I needed help. So, I reached out and contacted every Stage 32 employee that I could find an e-mail address for. I told them all about my living situation, the kind of material that I wrote, and what my goals were. 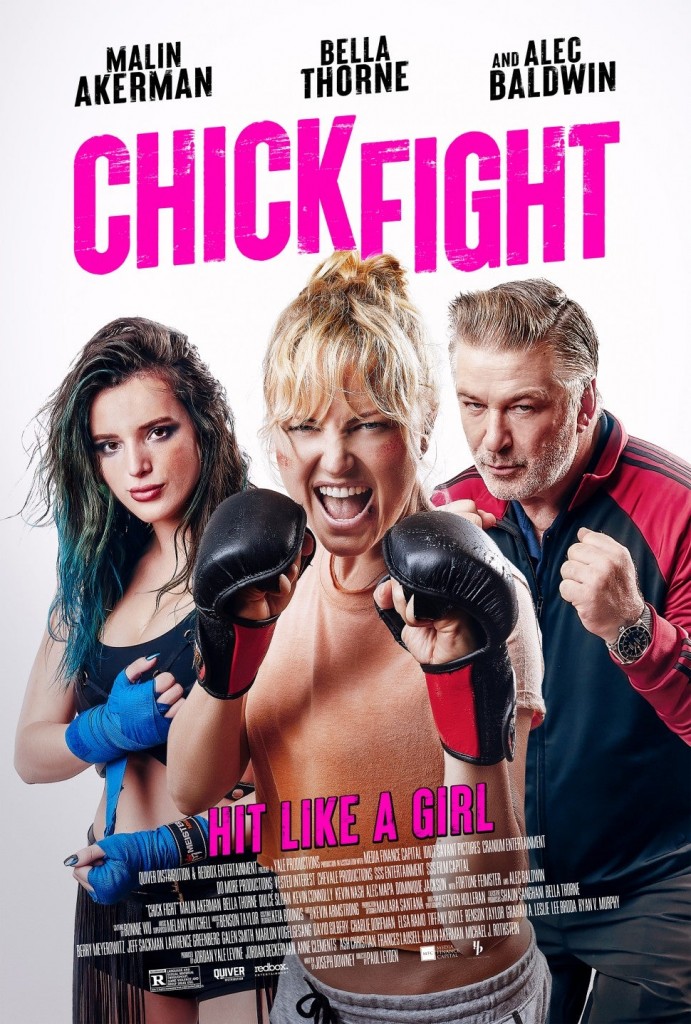 Joe's Screenplay CHICK FIGHT is Now a Major Motion Picture - out now!
The responses came fast, and they all had one thing in common: every single staff member told me I should pitch Tiffany Boyle at Ramo Law. I can't properly put into words what Tiffany has meant to me and my career. She's actually the reason I have a career. She took a chance on a totally unknown guy from Pittsburgh when nobody else would. She's done that for a lot of writers. She's a dedicated, honest, kind-hearted executive working in an industry where those traits aren't known to be commonplace.
There's really not much to the story of the actual pitch. I did it in written form because I'm absolutely awful in a web cam setting. You'll find that out for yourself if you watch the accompanying video. A few days later I received a message that she saw potential in the script, and a few days after that I got a round of notes — a round of notes that focused solely on character. I made the suggested changes, and it wasn't long before my script was being read by producers, all of whom had histories of getting films made.
We go a little more in-depth in the video, but just know that it wasn't until I got on Stage 32's radar that things started happening. That's the best advice I can give you —make your presence known. Introduce yourself to the staff. It's free. It's easy. And I can tell you from experience that there's nothing more they want than to help you reach your goals.
I tend to write screenplays without an ending planned out in advance, and that applies to this blog entry as well. So, I'll settle for driving the most important point home — when you work with Stage 32, it simply doesn't matter what your limitations are. Take it from a guy who believed he never had a chance of being a produced writer.
Remember, you can absolutely do this. Good luck to you all.

"Five years ago I was pitched a script through Stage 32 from Joe Downey called CHICK FIGHT. It’s an easy and fun pitch, TRAINWRECK meets FIGHT CLUB. I was sold right away and worked with Joe to develop and build the package. I brought Anne Clements and Paul Leydon and from there we continued to grow the team eventually shooting in Puerto Rico in 2020. We are thrilled to release the film on November 13, 2020 and hope everyone enjoys it. We had an amazing time making this with talented friends, many of who are part of the Stage 32 family including Elsa Ramo, Jordan Yale Levine, RB Botto, Amanda Toney, Buffalo 8, and Steff Reed."

Special thank you to all the Stage 32 members and Educators that made CHICK FIGHT possible:

Stefania Monsalve Reed, Director of Content, Quiver Distribution, Stage 32 Educator: What You Need to Know to Get Your Film on Amazon 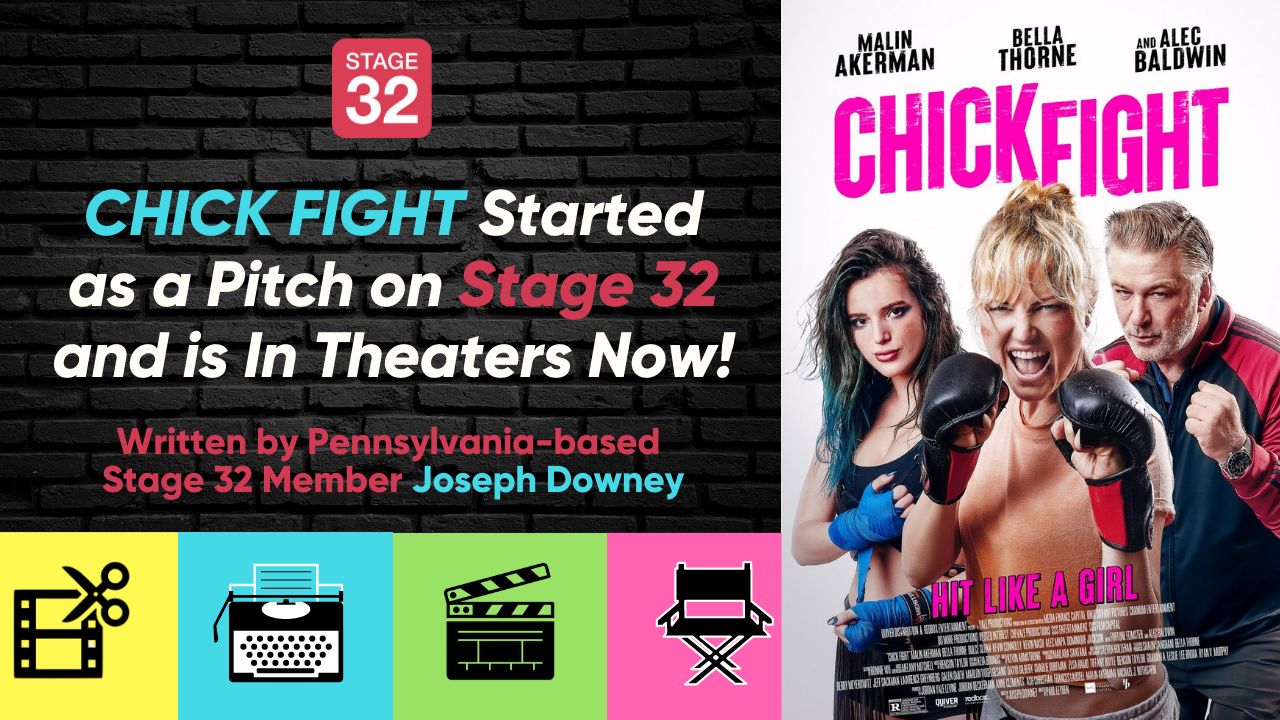