From A Small Town To The Big Screen

Posted 6 years ago by Chris Fosselman 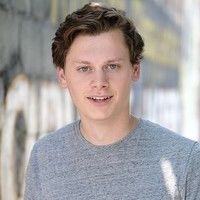 I was 8 years old, knowing I wanted to be an actor, but I was 909 miles away from Hollywood. This was... brutal. Obviously, I had no control over anything. I would beg my parents to take me to “where they make movies.” My parents moved from Los Angeles to Idaho for a calmer life and they told me I was free to move to California in 10 years after I graduated from high School, which I did.

In Idaho, I was 909 miles away from where I wanted to be...Hollywood

When I was 8, my dad said he would network for me and see what was happening in the Boise area. As it turned out they were putting on a 48 hour film contest and my dad signed the family up just so he could meet the other filmmakers in town. Our movie was brutal, but it worked. One of the people in the audience was wrapping his feature and needed a kid my age. I auditioned for him and I got the part. After discovering there wasn’t really a film scene my parents paid for a two day film making class at the local cable station and they encouraged me to make my own films. After learning how to shoot, about lighting, using a boom and editing, I directed my first film at 10 years old. It played in three festivals and I won 50 bucks and a karaoke machine. I was hooked! I would go on to make several short films and compete in online contests winning more money. I encourage every actor to learn how to make their own short films. I made shorts just so I could act and build my reel. At first I rented the equipment for the weekend for 50 bucks, then I just started using a flip HD camera, which made it a lot easier and cheaper.

I directed my first film at 10 years old

Once I had a reel that was half way decent, I joined online casting sites like Actors Access. I really recommend joining them as they give all of us actors that glimmer of hope. It’s still so exciting when you get that Cmail! My big break to jump start my young career came from using them.

I scour every city and if there is a breakdown for my type, I submit. I submitted to a breakdown in Chicago/Midwest that only wanted local hires. A few days later I got that awesome Cmail and they wanted to see me the next day. Because I wasn't local, I fibbed and told them I was on vacation and asked if I could Skype, which they agreed to. After the audition, they asked my dad not to put me in any acting classes (I had never taken any/still haven’t) and not to cut my long hair. They said they would set up a call back. They sent me 11 pages of sides and said that I had to be off book. I also told them the truth, that I wasn't local and they were still OK with it. During my call back, they told me I had the gig after I had only read two lines, I was going to be in The UnMiracle.

Dreams become reality - limousine to go on set for The UnMiracle

They flew my dad and I to Chicago and picked me up in a stretch limousine. It was my first time on a real set and though I was a little nervous when I showed up, a producer met me and showed me around. I had a blast on this film, it was an awesome part and I felt a new confidence and belief that I could actually do this for a living. Three months after I wrapped The UnMiracle, they called me and said they cast Kevin Sorbo and Stephen Baldwin and they needed me to fly out and work with them on more scenes. Working with those two was great!

I still check online casting sites once a week and I still submit for auditions, because you just never know. It’s so easy. Look up every city you can and if you see a part that sounds like your character type, submit. Worst case, you don’t get anything, best case, you get that awesome looking Cmail.

The confidence I now had was getting me more call backs in Utah where my agent was located. The easiest and luckiest gig I got was when Jared Hess (Napoleon Dynamite) came to Utah, went straight to the CD and asked if they had anyone that could play a rude kid opposite Sam Rockwell for one scene in his new movie Don Verdean. The CD popped in on one of my taped call backs and Jared hired me without auditioning me.

After The UnMiracle and Don Verdean, I went to see producers for a sitcom, but after not getting cast, I decided it was time to make my own luck and pave my own path, so I shot my own feature film. Spoilers: The Movie, which is very much like an updated version of The Breakfast Club. It has won several awards, but more importantly it opened doors for me that I couldn't even imagine.

I posted the breakdown on an online platform, without telling them I was only 17 and this was my first feature, because I wanted them to take me seriously. I got about 1,500 submissions. I eventually offered roles to actors from New York, Chicago, Texas, and California and they all flew to Idaho. There was another film being shot here at the same time, which starred Lee Majors and Terry Kiser. When my parents were in college they used to valet cars. One of the parties they did was at Terry’s house. That gave me the courage to call his agent, cast him, and I negotiated his contract for Spoilers The Movie.

It was really easy to employ Terry. If you are producing a film and you have someone in mind reach out to their team. They can only say "no".

I, myself, called Terry Kiser's agent and negotiated him being in my first feature film Spoilers: The Movie.

My reel is now made up of The UnMiracle and Spoilers scenes. Basically online networking and self-producing got me my next gig. Over the summer, before moving to North Hollywood, the wife of a producer/director of the movie American Nobody found my reel online. She was looking because their team could not find the right person to play the lead. She told me that she knew instantly I was 'it' once she watched my reel. The only thing I had to do was text them a current picture of me. In Spoilers I played a skin head and they wanted to make sure my hair had grown back. It had, I booked the part. I spent six weeks in Utah shooting the film as the lead.

My luck continued the very first day I was in Hollywood. While driving back after the audition, they asked me to read for a different part. I turned the car around and read. After one call back I booked one of the leads and I just wrapped on the SAG film Happy Hunting.

So in a nutshell, the last two years have been a whirlwind. I have self-produced a feature, gotten booked without auditioning and acted opposite Kevin Sorbo, Stephen Baldwin, Sam Rockwell and Terry Kiser. Not bad for a kid from a small town in Idaho without ever taking an acting class. I did it all through online networking and hard work. If I can, you can, too.

Connor Williams is from a small town in Idaho. He has been acting since the age of eight. His first big break came when he beat out hundreds of other kids for one of the leads in 'The UnMiracle' co starring Kevin Sorbo and Stephen Baldwin. The role was a miracle as he Skyped both his audition and callbacks to land the gig.

After shooting 'The UnMiracle', things started to take off as he landed a couple of scenes in Jared Hess's (Napoleon Dynamite) new comedy 'Don Verdean', both scenes were opposite Sam Rockwell.

Heading into his senior year of High School, Connor produced, directed and acted in his first feature film 'Spoilers The Movie'. He used his own money for this project and many people are calling this a 'new age Breakfast Club'. It has won several awards on the film festival circuit. Connor is on record as the youngest Producer of a feature film in the US.

After graduating from High School, Connor spent six weeks in Salt Lake City, Utah shooting the film 'American Nobody'. It was the first time he was THE lead and is in almost every scene. After that film wrapped in September Connor moved to North Hollywood to attend New York Film Academy. His first day in Hollywood he auditioned for a film and after a couple of callbacks got the role in the movie 'Desert Runner', which he is currently shooting.