From Devastation to Film Development: One Screenwriter's Journey

Posted 8 years ago by Caitlin McCarthy 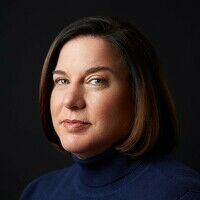 Caitlin received her Master of Fine Arts in Creative Writing from Emerson College, which is ranked by U.S. News & World Report as one of the best graduate programs in the country.  An award-winning screenwriter at international film festivals and labs, Caitlin has two feature films in development: Wonder Drug with producer/star Alysia Reiner and Resistance with director Si Wall. Caitlin is also partnering on writing/creating the TV series Pass/Fail with Jim Forbes,  a multiple Emmy, ALMA, AP and Golden Mic award-winning writer, producer, correspondent and narrator; and developing the TV series Free Skate with choreographer Michael Masionis. In addition to screenwriting, Caitlin serves as an English teacher at an inner-city public school.

Her tale is a story of drive and perseverance.  I thank her for sharing it with the community!

On May 18, 2005, the day after my father’s birthday, I discovered during a colposcopy that I had been exposed to DES (diethylstilbestrol) in utero.

You may be wondering, What is DES?  I had the same question.  As I started learning more, I didn’t like the answer.

DES is one of the most devastating medical disasters in history.  It’s a toxic and carcinogenic synthetic estrogen that was prescribed to millions of pregnant women for decades: from 1938 until 1971 (and in a small number of cases for several years thereafter) in the United States; and until the mid-1980s in parts of Latin America, Europe, Australia, and the Third World.  It was sometimes given as an injection, but primarily it was prescribed in pill form.

Never patented, DES was marketed under 200 different names, although the majority of the drug was actually produced by Eli Lilly.  DES was sometimes even included in prescription prenatal vitamins.

That’s how I was exposed to DES.  Unbeknownst to my mother, she had been prescribed a prenatal vitamin that contained DES while pregnant with me, right at the tail-end of the DES disaster in the US.

Is your head spinning yet?

It’s a lot to take in. (To learn more about DES, click here.)

At first, I was overwhelmed.  Then I was devastated.  Finally, I decided to educate myself and others about DES.  And that’s when I started researching my screenplay Wonder Drug.

My journey started in London, England, where I met with Sir Ralph Dodds, son of DES creator Sir Charles Dodds.  (Note: Charles passed away in 1973.)  Ralph immediately signed on as script consultant.  Through Ralph, I learned about Charles’ life story and reviewed photos, letters, and other documents about his experiences in developing DES.

Many people don’t realize that Sir Charles Dodds never intended DES for use during pregnancy.  But once a formula is released, scientists can’t control its real-life applications. (Charles created DES in 1938 while working with a grant that covered the cost of research, but prevented his discovery from being patented.)  I’m honored that Ralph has trusted me to set the record straight about his father.

While in London, I also conducted research at The Royal Society and The Worshipful Society of Apothecaries of London.  The Great Hall at the Apothecaries Society contains Sir Charles Dodds’ stained glass Coat of Arms.  I nerded out and studied it closely.  Get ready for what I learned….

At the very top of Charles’ Coat of Arms, a woman holds an open book with the chemical structure for DES; this symbolizes how DES was unpatented and used in women’s medicine.  Further down a knight’s helmet signifies that Charles was knighted for creating DES (among other achievements).  The animals below the knight’s helmet represent how DES has been used in livestock and chickens.  The hand hanging down shows Charles’ work in medicine and the pierced crabs (flanking the hand) represent Charles’ interest in fighting cancer.  The motto "Deeds Not Thoughts" was developed by Charles.  This coat-of-arms is the first in history to include a chemical structure.

I left London with a carry-on bag full of photocopies.  But my research was far from over.

I spent the next year emailing, calling, and interviewing DES researchers, historians, and activists – all of whom will receive a “Thank You” at the end of Wonder Drug when it’s finally produced.   I even gained a scientific advisor, P. Harry Jellinck, who worked directly under Sir Charles Dodds as a graduate student for a Ph.D. in the 1950s.

And when did I do this research?  After school.  I work full-time as an inner-city public high school English teacher in Worcester, Massachusetts.  Clearly I love a good challenge.

Several months later, I received a call from Vanessa Hope (then Executive Director of the Hamptons Screenwriters Lab).  “Congratulations!” she said. “You’ve been accepted.”

I had laryngitis at the time.  (Teaching is tough business!)  I remember squeaking into the phone, “I’ll be there, even if I have to crawl from my deathbed.”

That lab was my big break.  Only four writers had been accepted:  Geoffrey O’Connor, an Oscar-nominated writer, director and cinematographer; Pawel Grajnert, a recent graduate of Columbia University’s film school; and John Buffalo Mailer, the wunderkind son of Norman Mailer.  Upon learning that I was a schoolteacher with a script and a dream, Geoffrey exclaimed, “The system works!”  I was a newbie, but treated as their equal.  What a cool group of guys.

My lab mentors were Tom Gilroy (The Cold Lands; Spring Forward) and Joshua Marston (Maria Full of Grace).   They were as incredible as you’d imagine. 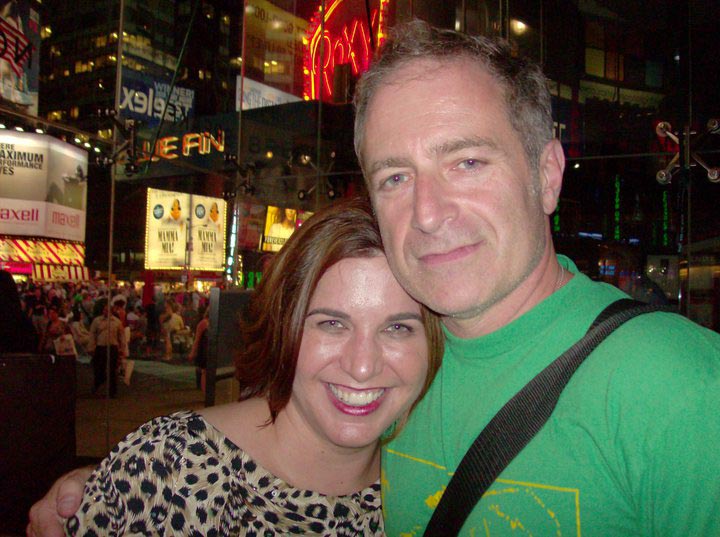 But the incredibleness didn’t end there: Tom Gilroy continued to mentor me, long after the lab.  He even directed two live staged readings of Wonder Drug: at the 15th Annual Hamptons International Film Festival, which starred Steve Guttenberg (Three Men and a Baby) and Alysia Reiner (Netflix’s original series “Orange is the New Black”; Sideways); and in New York, which starred Alysia Reiner with her husband David Alan Basche (TV Land’s The Exes).

If you Google “Alysia Reiner” and “Wonder Drug,” you’ll see it popping up everywhere.  And, of course, she’s a Stage 32 member and a fellow Stage 32 guest blogger.

Alysia saw something in Wonder Drug, back when the script was in its infancy.  Over the years, she’s encouraged me to keep going.  I am now thrilled to say she is attached as both actress and creative producer, and it feels fated.

Which brings me to today.  Wonder Drug is in development.  According to a line producer, the feature can easily be shot in Boston or New York City (posing as Boston) for under $2M.  Alysia and I are currently speaking with producers.

A reviewer for The Black List wrote the following about Wonder Drug’s “strengths”: “Wonder Drug is a fantastic screenplay that makes excellent use of its three temporally distinct narratives. The subject of DES is equal parts intriguing and horrifying, and the vast majority of readers will no doubt be stunned to learn of its real life origins and devastating effects. Each of the three narratives shows great potential, and the skillful manner in which the writer slowly reveals how the stories are all interconnected makes for an extremely compelling read. The Boston setting is beautifully described and each of the distinct time periods is presented with a great deal of immersive authenticity. Ella, Maeve, and Stefanie are all unique and well-written, and rarely does one see a strong, realistic female protagonist in such an assured screenplay, let alone three. The dialogue is equally commendable and features an intelligence that will translate nicely to the screen. Based on compelling, important subject matter, Wonder Drug is an impressive piece of screenwriting with undeniable potential.”

I frequently speak about Wonder Drug and DES in the media, such as:

Additionally, I worked closely with the offices of Senator John Kerry and Senator Scott Brown on obtaining the acknowledgment of DES as a “tragedy” after 40 years of silence.

When I stop to think about it, I can’t believe how much has happened since May 18, 2005.  From DES diagnosis to film development, it’s been one hell of a journey.

I can’t wait to see where else it takes me.

Caitlin is available for questions and remarks in the Comments section below.