Give Me Filmmaking Or Give Me Death 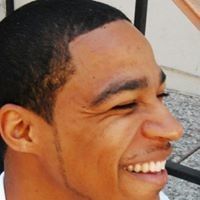 Today's guest blog comes from Stage 32 member Leon Pierce Jr. Leon is a writer, producer and director who recently graduated from the cinema program at Los Angeles City College. Currently, his award-winning comedy short Alcoholics is playing the festival circuit and he plans to enter his drama short Without Her into consideration for the 2015 Sundance Film Festival. Since graduating, Leon has completed roughly 40 films and his fierce passion for storytelling is nothing short of inspiring.

In this entry, Leon discusses how filmmaking not only changed his life, but also kept him afloat during rough times. His story proves that with enough sweat, determination, blood and tears, plus an intense love for your craft and the right attitude, you really can make your film dreams a reality, no matter what your financial situation.

I thank Leon for his contribution to the Stage 32 Blog.

I’m an independent filmmaker. I am very passionate about storytelling and I love doing it through a visual medium. I grew up watching movies and I always imagined how awesome it would be, to grow up and be in the entertainment industry. This dream of making movie magic, has lead me on an amazing, exciting and very rewarding journey to make my dreams of making films into a very awesome reality. I was recently asked by Stage 32 to write a guest post and I’d like to share my personal experiences in the art and business of filmmaking with you. 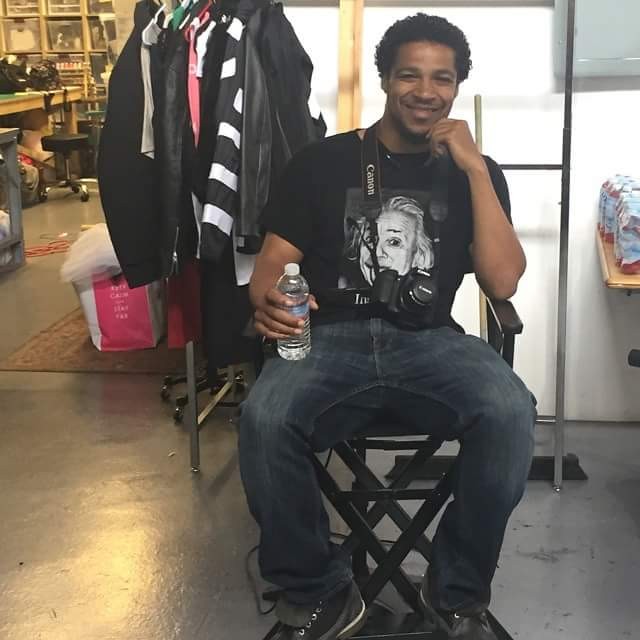 When I first started screenwriting I focused on writing drama, possibly because I was dealing with a lot of it in real life. When I was around 20 years old I wrote my first feature length script. This is when I combined my love for telling stories with my dreams of it one day being played out on the big screen.To be completely honest, my first feature length script wasn’t all that great, but it didn’t deter me from wanting to write more.


If anything, the experience was so fun and exciting it motivated me to sit for hours writing out these characters, giving them voices, obstacles to face and overcome, moments of joy and pain and it allowed me to create a world of my own, where I could escape and play for hours on end.

In the beginning I had a lot of passion and creativity but didn’t have the proper know how and mechanics to make the script amazing. I started reading and studying books by the masters such as Blake Snyder’s “Save the Cat”, Robert Mckee,’s “Story” and the all time classic Syd Field’s “Screenwriting”. Doing this greatly help me understand character development, three act structure, proper structure of plot and story and the difference between the two, as well as the proper beats to have in your script and when and where they should be in your story.

I also started watching my favorite films with subtitles. Doing this helped me with dialogue. Quentin Tarintino’s dialogue is so awesome and I’m sure anyone who has seen any of his films would agree. Also reading actual scripts helped me a great deal with proper formatting and structure of screenwriting. That and getting Final Draft, which changed my life!

As time went on I decided to go to school to further my education of filmmaking. I attended Los Angeles City College, where Albert Hughes and Tamra Davis, as well as many other notable filmmakers are alumni. It was affordable and a really good program. I started off learning the history of film. These classes were both informative and inspiring. However, I was ready to go from watching films to writing and making them. The next few semesters allowed me to do just that.

I took the screenwriting class, directing, editing, producing (which became one of my favorites) and the digital video production class. This class was the final frontier in the cinema program and it allowed me to take all the skills I acquired from the previous classes, screenwriting, producing, directing and editing and make actual digital short films. 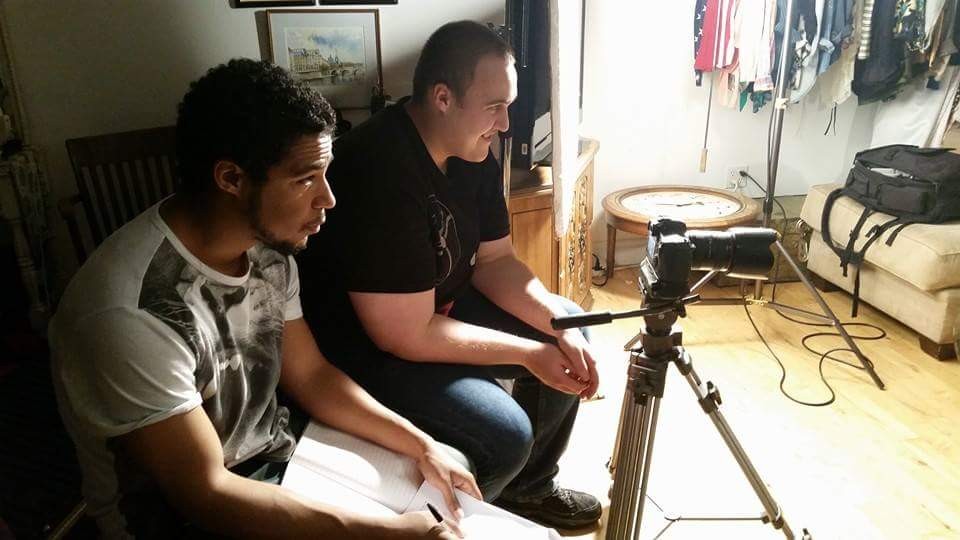 I loved this class so much that I took it four times and T.A. another semester, after the fourth time of taking it.

While taking the cinema class I found myself making friends and connecting with a lot of comedians and this lead to me writing sketches, comedic shorts and even co-writing a couple of feature length comedy scripts. I found that I had a real knack for comedy. It was really fun to write and it felt really good watching people read my work and literally laugh out loud.

Also, before finishing the cinema program I had more of a desire to be just a writer and not a producer and director, figuring that was taking on too much. But when I could no longer take not seeing what was in my head and on the page, not being able to seen on the screen for others to enjoy, I decided to start producing sketches and comedic short films.

I started my own company Insane Genius Productions where I was able to produce my own material. My writing style is simplistic and practical. Most of the things that I wrote when starting out were possible to film with almost no budget at all. This proved to be helpful because I really didn’t have any money. I would find the locations, actors, and put together the crew that usually was a skeleton crew consisting of my DP, sound operator (that came later) and possibly a grip or gaffer including myself. I also had to provide the craft services and props for the project we were filming. This was a lot of work but it was all worth it, seeing my projects come alive right before my eyes and eventually seen on the big screen. 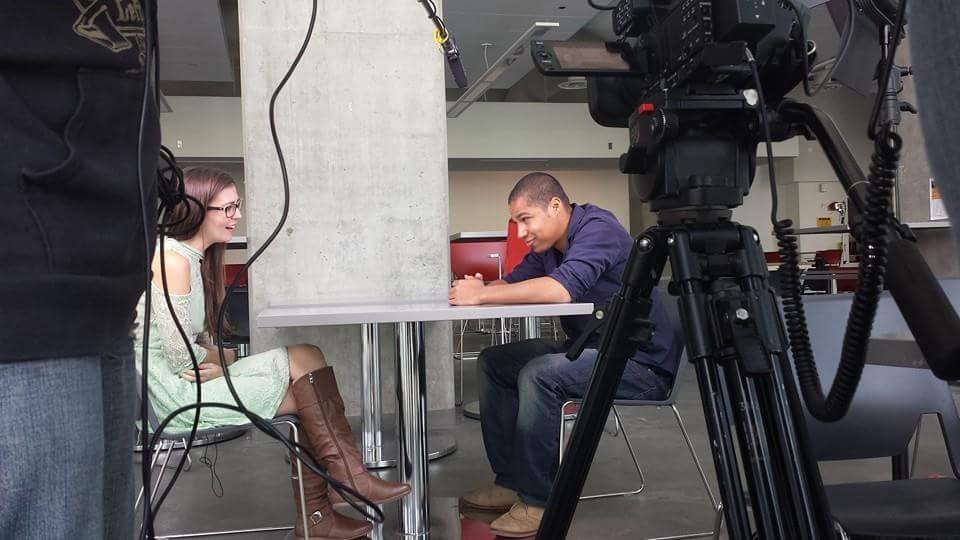 Writing and producing was rewarding but it wasn’t enough. In the process of producing my shorts, I found myself feeling inclined to direct and so I did. Since the very first sketch that I filmed in 2012, I’ve written, produced and directed all my own projects and I’ve done well over 50 projects. I’ve actually lost count because in 2014 alone, I did well over 40 projects. Filmmaking has become my addiction and the whole process from writing, producing, directing (and sometimes acting) is such a high and I love it!

Even with my journey being as fun and exciting, it came with all a lot struggles and sacrifices. My motto was “Give me filmmaking or give me death!” because making films for me gave me life. I found myself working so hard on projects that I lost my job due to shooting so much. As a result, I found myself homeless, having no car, no food to eat and very little to no money.

What was very interesting was that most people didn’t even know all the hardships I was dealing with (aside from close friends who let me sleep on their couches or borrow money for food) the reasons being was that I was always clean and neat and… I was still constantly kept filming and putting out content on the Youtube channel I created. 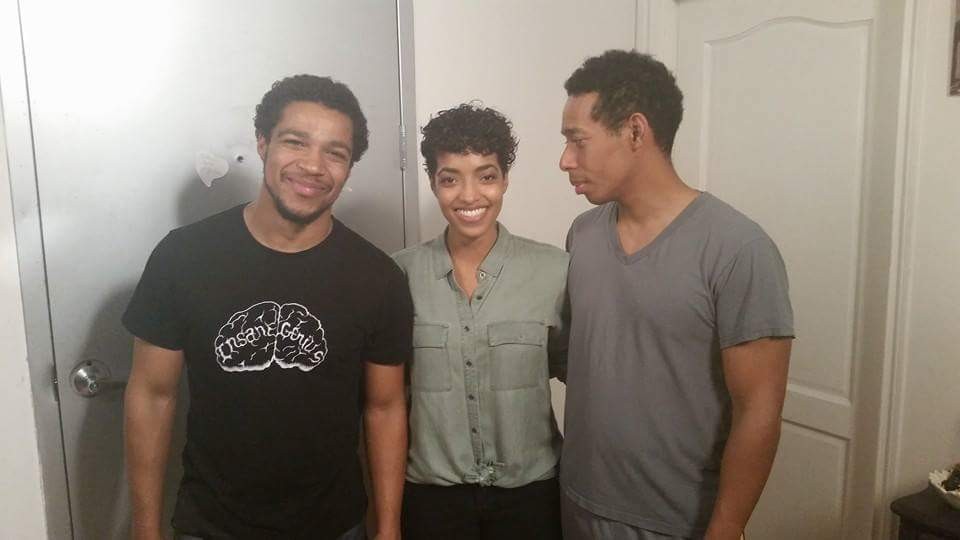 People would tell me how funny my stories were, how great the performances were and my projects were really high quality. People would think that I spent a lot of money to make my projects because of the production value but honestly me having no budget lead to me being both very creative and really resourceful.

After filming sketches, shorts, acting reels and live events through my production company (I’m actually currently making a decent living off of doing freelance work these days) I’ve decided to move into making feature films. I recently wrote my feature film comedy Welcome Matt to be produced at a micro budget. That’s why I decided to do a Go Fund Me campaign recently and I’ve already raised nearly 3,000 dollars in just a few days. It’s a rewarding feeling to have so many people encourage and support you and believe in your vision.

I’ve had the pleasure of using my God given gifts to make my dream of storytelling into a reality, as well as entertain and inspire a mass audience of people. My journey has been a beautiful struggle, but yet a fun and rewarding experience as well. I am looking forward to where this love and passion of filmmaking will take me next.

As always, Leon is available to answer any questions in the Comments section below... 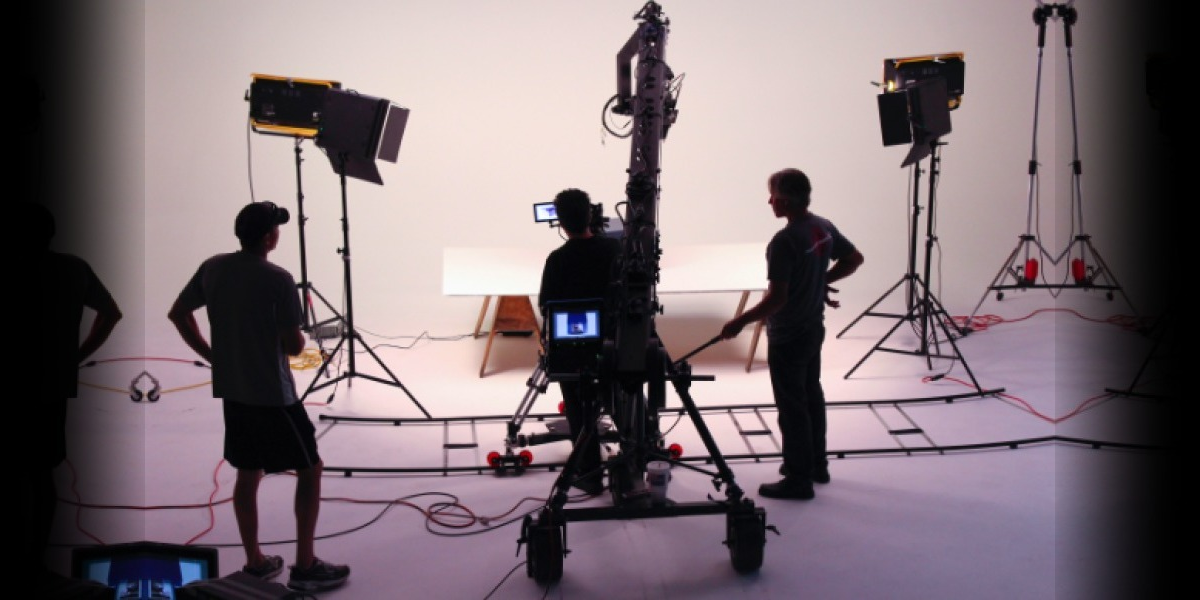