How I Shot A Multi-Camera, Multi-Location Film During Quarantine

Posted 1 year ago by Solana Paz 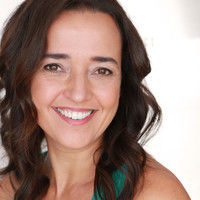 Producing a video for Father’s Day that would be both special and memorable was something I had set out to do…in just two weeks! Here’s how I managed to accomplish it and how it all came about. 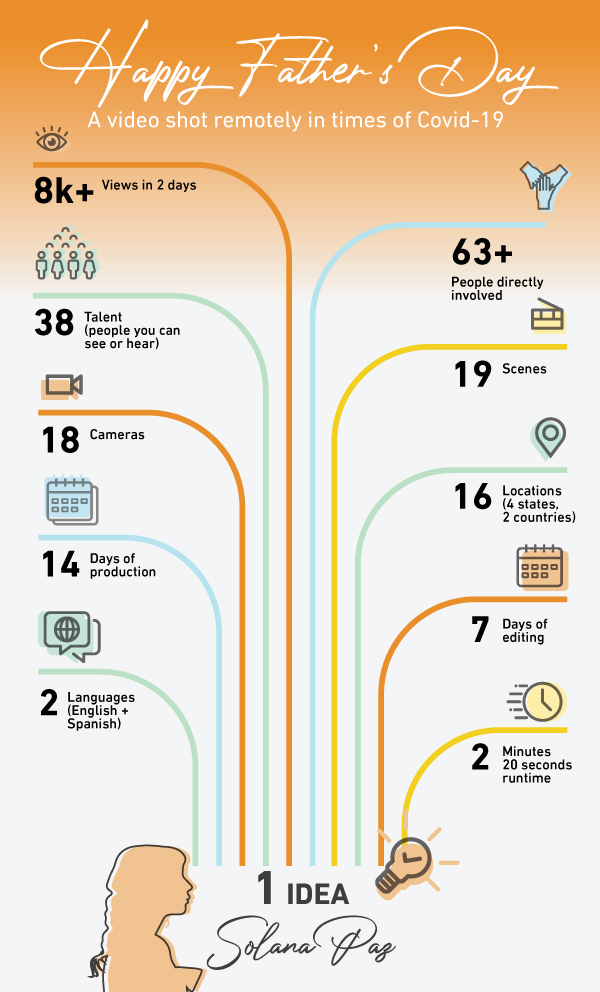 Yes, there were some challenges straight out of the gate. These included:

I had produced a video for Mother's Day, and another for International Women's Day and saw how those videos had touched and inspired people. Also, I had no idea what to give my husband for Father's Day... So I decided to make a video for him, and at the same time to honor the very many amazing fathers that I have around in my life, and the moms who play both roles at the same time! 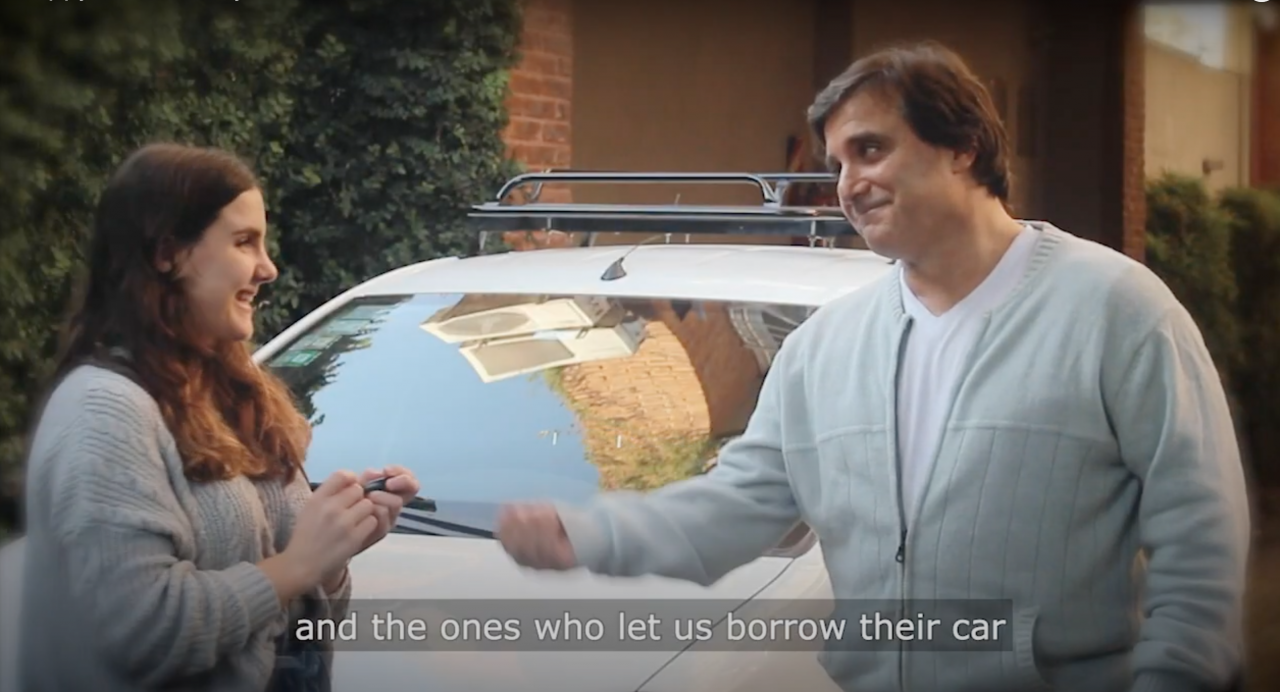 Writing the Script... in Two Languages

Once I had the idea for the video and I knew how I was feeling about fathers and the emotion I wanted to convey to them, I also knew I wasn’t going to be able to come up with the right words for them -- words that would do justice to what fathers mean to me. So I reached out to Ezequiel Frelli, who's a genius writer and one of my closest friends from Argentina, and asked him if he'd be able, available, and interested in bringing these thoughts and feelings to life. He, fortunately, said yes to all of the above!

In just a couple of days, he produced the script, in Spanish, that we collaborated on closely. Once we had a beautiful sounding script in Spanish I translated it to English, adapting it as needed so that the emotions and words would convey the same in English. When happy with it, I ran it by a few brilliant English speakers to make sure it all sounded good.

The casting process was one of the biggest challenges since I was casting for 19 scenes, and for videos that needed to be submitted within a couple of days. I personally reached out to a few men who I specifically wanted in the video, and also to Keila Michelle who shows up in the last scene. Most of them said, "Yes!" and I will be forever grateful to them. Half the scenes, covered!

To cast the rest, I posted on various industry Facebook groups. What made this process extra challenging was that some of the talent dropped out after being cast. So back to square one; and the clock kept ticking... 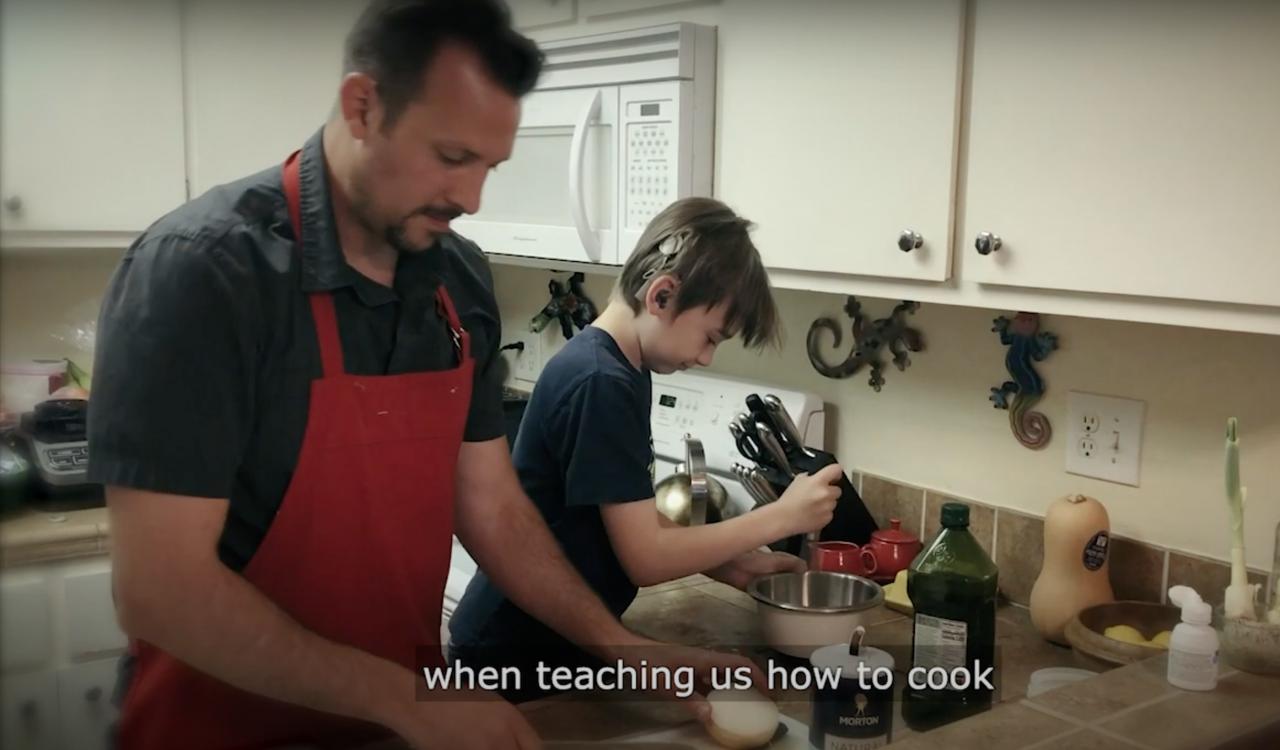 Because of the short timeframe for production, the many different locations of the talent, and the obvious shelter in place, I was not going to be able to direct in-person or live. So I wrote down each take I thought I’d need for each of the scenes and the framing for each take. While explaining the type of framing needed, giving lighting and wardrobe specifications, and being clear on things that may seem obvious, (like using a tripod or not looking into the camera), the actors had their direction.

Each talent got anywhere from 3-6 very specific shot requests. I think this part is what scared some people who decided to step out. Did I get them all? Mostly. Some talent were asked to re-submit film; and they all proactively did. I was impressed and touched by the level of commitment of those who decided to go through with this.

And let the magic start taking shape... With many minutes of video submitted per scene, I was now to find the three to six seconds of magic for every moment, every cut, and every scene. And then make each transition from cut to cut make sense and look seamless. I did not go to editing school, and I don't pride myself on being an editor. So what you see is just a product of observation, having worked closely with brilliant editors, a clear vision, and a background in graphic design which becomes very handy oftentimes!

For the coloring, I did get help. Every time I work with Leo Moring something beautiful happens. Because we received an array of self-shot videos, from different cameras, and different phones mainly, we had a series of clips that looked completely different from each other in terms of color, focus, framing, and everything you can think of. Leo came in and brought everything to the same field as much as possible. And to give the video a final cohesive look and feel, we added a vignette effect and blurry edges all along. Lovely. He added the music; we added the voice-over in two languages -- since the actors were not able to record in-studio, which represented a challenge in itself -- added titles and credits (also in two languages)... And voilà! I was extremely happy with how it all came together. 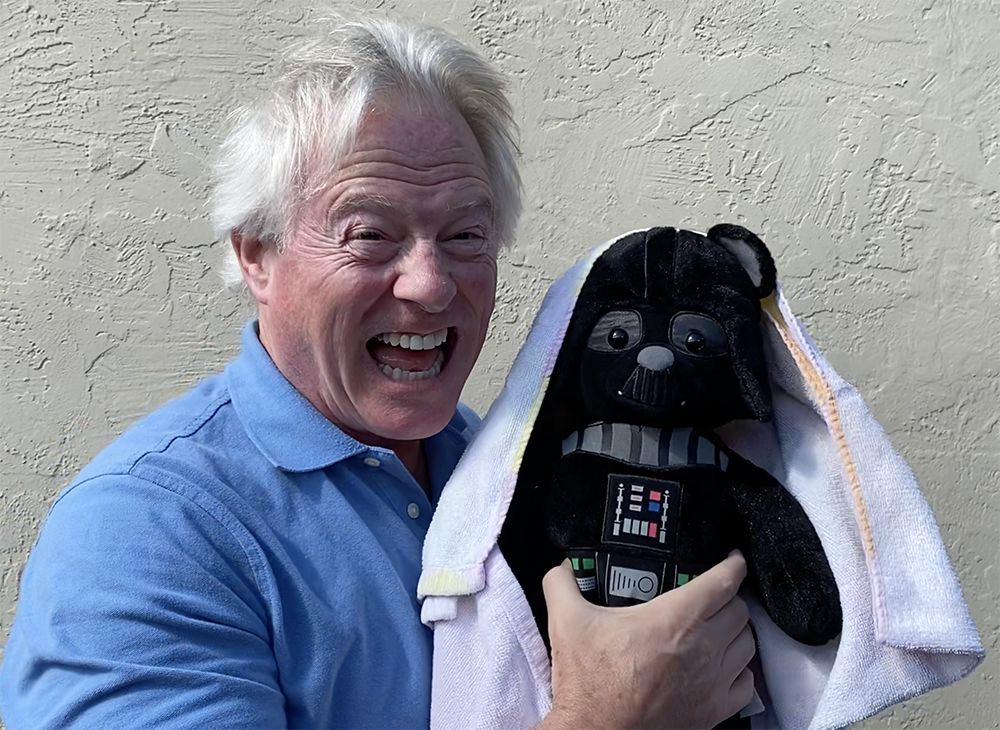 1. Trust is the Biggest Component

Without trust, this video wouldn't have happened. With talent not getting paid, I got people to participate in mainly two brackets: The ones who already knew me, trusted me, and wanted to work with me and support this project, and the ones who had seen other productions of mine and wanted to be part of something they trusted was going to be just as beautiful. And in turn, the stakes moved even higher. I learned people had those expectations of this project and I was not going to disappoint them.

2. Budget is not a Roadblock

Could this have been better with a bigger budget? Yes, of course. We could have shot in-studio, on-location, or fly in the talent (not that we would have been able during COVID-19). The DP and I could have flown ourselves to everyone, and could have spent more on editing. We could have hired an assistant to make my job easier, and focus more accurately on key things; and maybe I would have been able to cook dinner at least once in two weeks. But I had the vision, the determination, the drive... and the trust and commitment from everyone involved. And so it happened.

3. Let Go of Some Things, Push for Others, and Hit "Publish"

Things could always be better. Maybe I could have chosen a different 4-second clip for some of the scenes. Maybe the voices could have been better matched in terms of sound quality. Maybe some of the transitions could have been tighter... But the one thing I was not going to let go of was giving this video a cohesive look and feel. I did not want it to look like a video that was shot during COVID-19 times. I'm done with COVID-19. I've seen enough things shot during these times; and there are more coming.

Part of the challenge was to make this piece look like a "normal" one. One that could transcend years; and when fathers look at it four years from now, they won't be reminded of COVID-19, but they will feel appreciated, loved, and honored just for being fathers. So on that point, I was not going to settle for "good enough." And I spent the last few hours when the clock was ticking, looking for ideas and inspiration... which drove me to learn how to use the vignette and blurry edges effect in Adobe Premiere. Ahhhh... lovely! And then I was happy. And only then did I hit "Publish" at exactly 2:30 pm the Saturday before Father's Day! 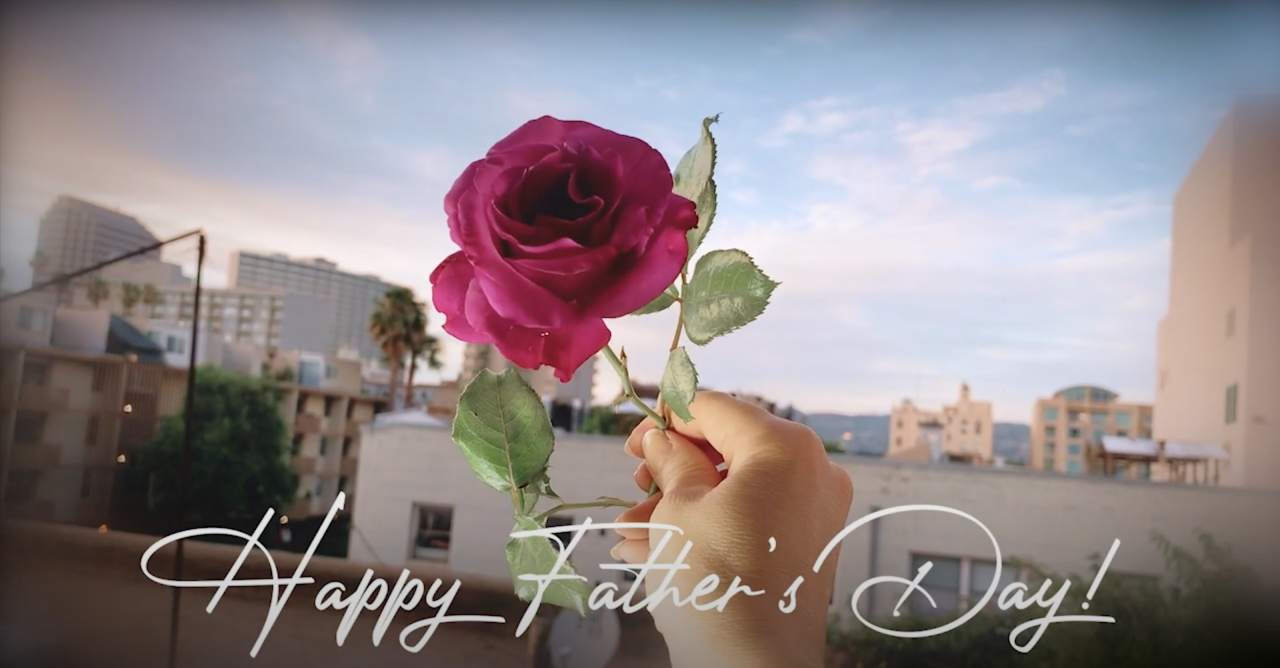 Here’s what some of the actors from the video had to say about their experience helping to make this video. I was hoping it would enrich their lives, too!

“As an actor in this video and a father (of Hispanic/multi-ethnic origins), I felt big pride to be a small part of this project. Thanks!” -Rick L.

"My husband and daughter were excited and a little nervous to film this Father’s Day video. They had a great time peeking into the future of our daughter’s graduation. Once we saw the entire project completed we were so impressed with everyone’s continuations and how beautifully it came together. The segments were heartfelt and emotional to watch, such a great way to thank and celebrate the Dads in our lives." - Oana K.

“My children are everything I have, they give me a purpose in my life, and being in this video together means a lot and will be on file forever.” -Nagish J.

"This Father’s Day was my first without my own father, who passed away last September. When I was cast, I felt as if it was my dad’s way of supporting my career - something he could not do in life. For me, this project was a beautiful, positive experience through which I was able to modulate my own emotions over not having my father here this year, and also simultaneously reach a multitude of fathers and father figures with a message of support, admiration and respect on this very special day." -Avery K.

"It is beautiful and it makes me relive so many memories. Memories of me with my children and memories of myself as a child with my dad." -Julio L. 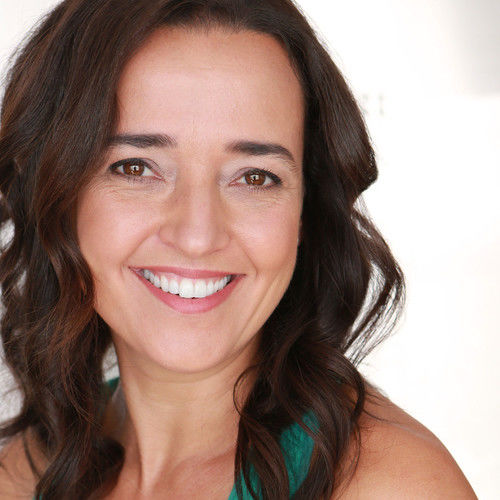 Argentine blooded Solana (when you meet her you'll be able to tell immediately) is an award-winning actress and producer who has appeared in dozens of films and tv shows speaking in both English and Spanish. You can see her in feature films such as Go To Hell And Turn Left and Triggered and many short format films such as Sommer’s Vacation, where she plays the legendary character Cholita, chasing chupacabras. You may also recognize her educational and soothing voice in Highlights Magazine and Pure Edge, Inc. videos. She has most recently produced the International WOWen’s PSA, and the Happy Father’s Day PSA just released globally during the pandemic in June 2020, for both the English and Spanish speaking audiences.With a particular passion for and extensive training in comedy, she works in both Los Angeles and the Bay Area. Don't let her wit, goofiness, and charming personality fool you! Her dark side has shown up in many characters she's played over the years and can make your hair stand on end! 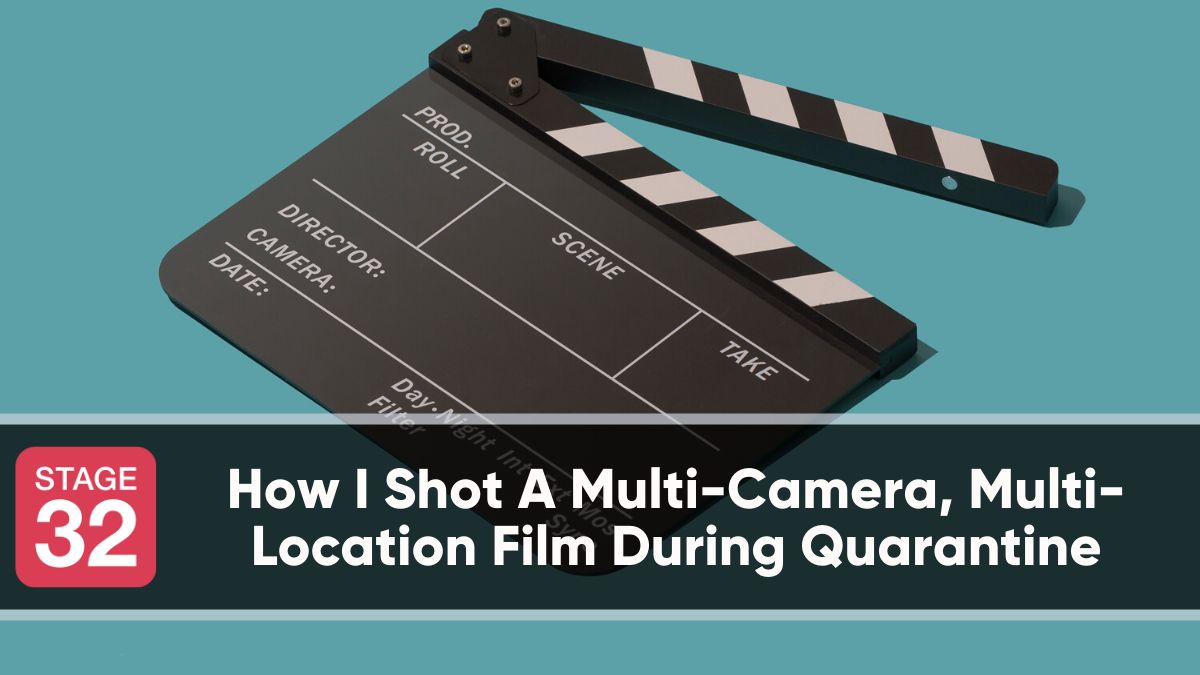