How To Network So Producers Choose YOU

Posted 5 years ago by Joleene DesRosiers

I just got back from five wonderful days in Vermont at ITVFest where I came away with so many wonderful nuggets of information. I met some great new people while improving my writing in the colorful mountains of Dover, Vermont. I ate too much food too, but that’s beside the point.

The biggest thing I came away with and heard a zillion times was this: (and I quote):

“Don’t be an a**hole while networking.”

Surrounded by industry leaders, writers, directors and producers (including the founder and CEO of Stage 32, Richard “RB” Botto, who was a panelist at the festival, hooray!) One thing was abundantly clear: If you want to stand out and make an impression so producers choose you, you need to be the most authentic version of yourself.

It’s true that when we see a director or producer that is part of a television network that we think would be the best fit for our show, we want to trip over ourselves and push everyone else out of the way to get to them. I’ve seen it. It’s not pretty.

I showed up at ITVFest as part of the Jacob Krueger Studio Writer’s Retreat. Jacob and his team of writers and educators drilled the concept of being real and authentic into our heads a hundred times. You think I’m exaggerating, but I’m not and if he and his team weren’t reinforcing it in our heads, visiting executives were. Even RB Botto told the audience that during his panel discussion.

“No one is going to want to talk to you if you make the conversation all about you. So don’t be an a**hole. It’s as simple as that,” he said.

Between Jacob Krueger, RB Botto and so many other amazing executives that graced ITVFest last week, here are three networking tips they offered that can help you stay real so producers choose you:

1) Don’t Make the Conversation About You

Advanced Sales 101: Never, ever, make the conversation about you. If you are in an open networking situation and you want to talk to someone you think would be an ideal partner, approach them with no expectations and start by asking about them.

What brought them to ITVFest? Do they like Vermont? Have they bought any damn Maple Syrup yet? Be YOU. If you’ve done your homework and you know some of their work, compliment them. Tell them how much you liked it. (Or didn’t like it, I don’t know). Just be you.

I had the opportunity to chat with Kris Meyer, executive producer of the Do-Over. I started by telling him what I thought of his panel talk. I never even mentioned I was a writer. We talked about where he came from and how it came to be that he started working with the The Farrelly Brothers (Something About Mary, Shallow Hal). What a riot that guy is! I never bothered to pitch him because I didn’t 'feel' it. Some of you may throw darts at my head and tell me I’m a moron. That’s fine, but I’ll run into him another time. I would rather take the time to build a relationship than pour my writers ink all over his head.

2) Don’t Tell Them You’re a Writer

Jacob Krueger is a card. I love that guy. During our advanced pitch class he said, “Please, for the love of God, don’t run up to an executive, grab his hand and shout HI! I’M A WRITER!”

In a normal conversation, would you do that? No. (Well, I don’t think you would). It would either come up naturally or come up because someone asked.

Directors and producers at these kinds of functions totally expect to be pitched. They get it a thousand times a day. It’s how you pitch them that gets them to remember you. Your series or story could be the most incredible story to come along in decades, but if you jump all over them before they even get to know you, they’re not going to like you very much and your story won’t matter. How you presented yourself will.

Always remain humble. What you do will eventually emerge.

I pitched my idea to writer and producer, Mike Rotman. That man looked at me like I had four eyes and twelve heads. Instead of stammering and stumbling over myself when I saw the pitch crash and burn, I stopped talking and said, “This isn’t resonating with you, is it?”

He said "no", it wasn’t, but he didn’t roll his eyes and walk away. I like to think it’s because we established rapport first. We found commonality. So instead of walking away or giving me the hand, he asked me questions about my show. As prepared as I thought I was with my pitch, it turns out I wasn’t. I had missed a crucial part of my story that, had I started with it, would have better piqued his interest.

Know your pitch forward and backward. Sometimes producers will tell you it’s all wrong. Maybe it is. Maybe it isn’t. Pitching is a ball game that can take a long time for some to master, but do know your story before you go sputtering a bunch of garble all over someone.

There are a million more tips out there that can be offered, I know, but I really do believe the best tip these industry leaders gave is the one that encourages you to be authentic. Don’t sell the producers, serve them. People don’t choose you for your product, they choose you for YOU. Show up with integrity and you’ll go miles further than the guy next to you that is still boring the producer with how he met Brad Pitt and wrestled a lion in the jungle.

Today's post comes from Joleene Moody, a screenwriter, actor, and author
based in upstate New York. Joleene is also a Stage 32 Content Curator.
(Which means if you have a post idea, you really should reach out to her.)
Learn more about Joleene at: http://joleenemoody.com/ 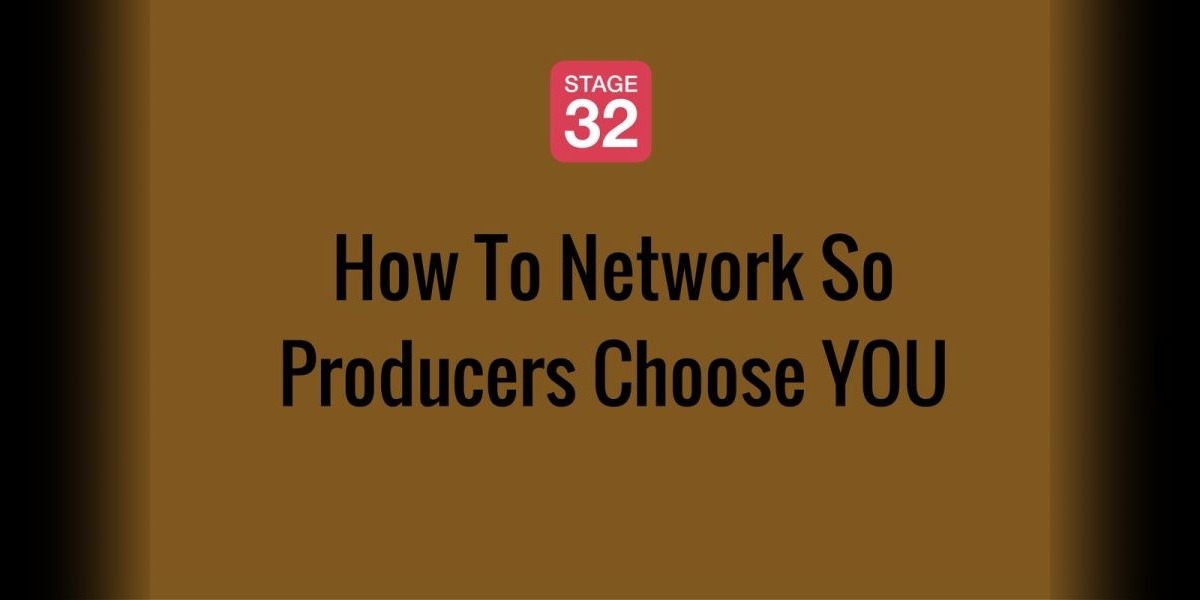