How do I Sell My Movie? [An Objective Look at Distribution]

So you made a movie. You even have an offer from a sales agent to sell it worldwide. You are excited.

Your film is selling in Cannes!
It’s selling at the American Film Market!
It’s screening at Berlinale! 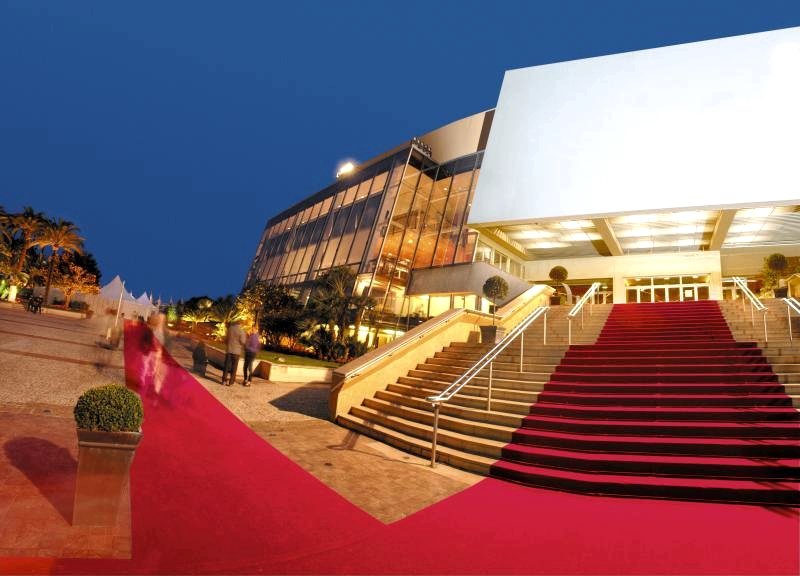 You're having viewing parties with friends and family, showing off the brochure or the listing of your movie in the Trades. You dream about the new movie you will make or the house you'll buy with the profits from the first one, and you're sure there will be so many dollars coming your way from the sales of your film and after you investors are paid off.

Then the months go by.
Your phone isn't ringing.
And when you call your sales agent to get a revenue report, you get crickets from the other side.

The global marketplace is constantly changing and every country your sales agent is attempting to market your movie to has its own set of needs and is always in flux. What's more, the competition is fierce, as there is more supply than demand for the traditional distribution model.

As the representative of several international distributors, I have the advantage of being on the “other side,” observing what works and what doesn't. I get to really understand how buyers think and react to the films sold in the marketplace. as well as what makes them open their checkbooks.

If you're struggling to sell a film, here are some of the more common reasons you're hitting the wall with the sale of your film:

1) Your Movie is Too Short or Too Long 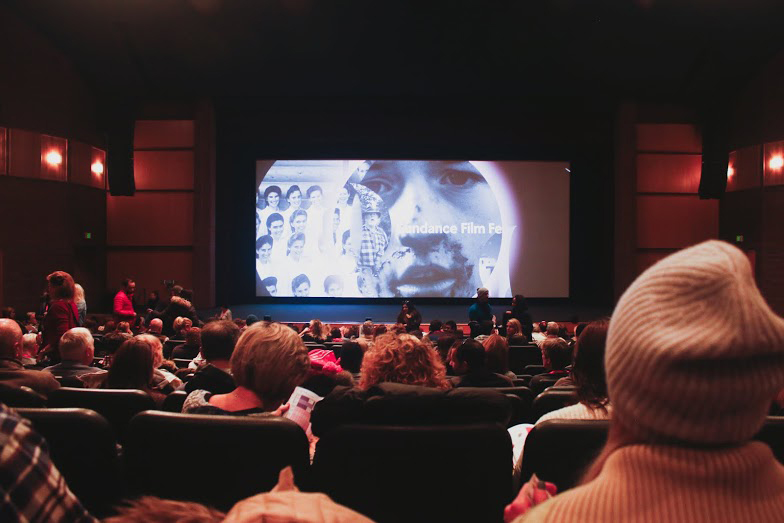 Your film should sit at a pretty 89 to 105 minutes. If your film is closer to 83 minutes, it’s way too short. Certain territories need a minimum of 86 minutes WITHOUT END CREDITS to consider acquiring your film. Other territories will not release movies that are longer than two hours, unless your film is the next installment of a Marvel franchise or the work of an Oscar director like Martin Scorsese. 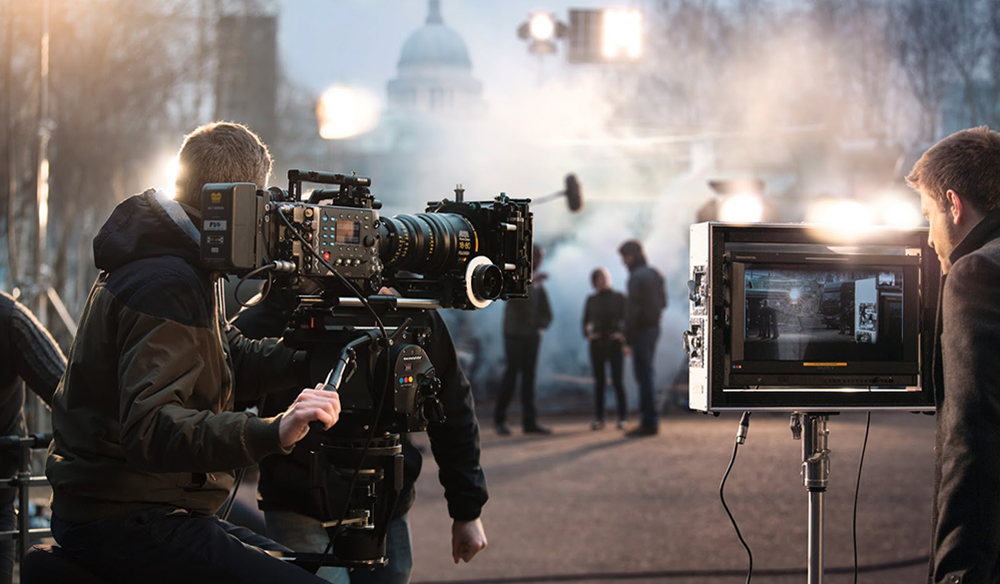 “Made with a shoestring budget” is the kiss of death in the world of sales. Even if your movie was produced on credit card debt and donations from friends and family, with crews and actors working for basically free, it needs to “feel and look” big and expensive in its scope. Buyers have a trained eye and can tell right away if the film was produced cheaply. Their thought will be that you truly do not love your project, as otherwise you would have waited to have it produced it for the right budget.

3) Your Movie is Too Depressing

In today’s world there's a lot out there that can depresses us. From politics to climate change to economic crisis, movies that deal with the lowest common denomination of humanity where every scene is tragic and the ending is so hopeless and disturbing that it makes you want to slash your wrists, will not make a distributor open eager to show it in his territory. Exceptions are made for certain filmmakers that are considered auteurs and films that have major festival recognition.

4) Your Movie has an Expiration Date 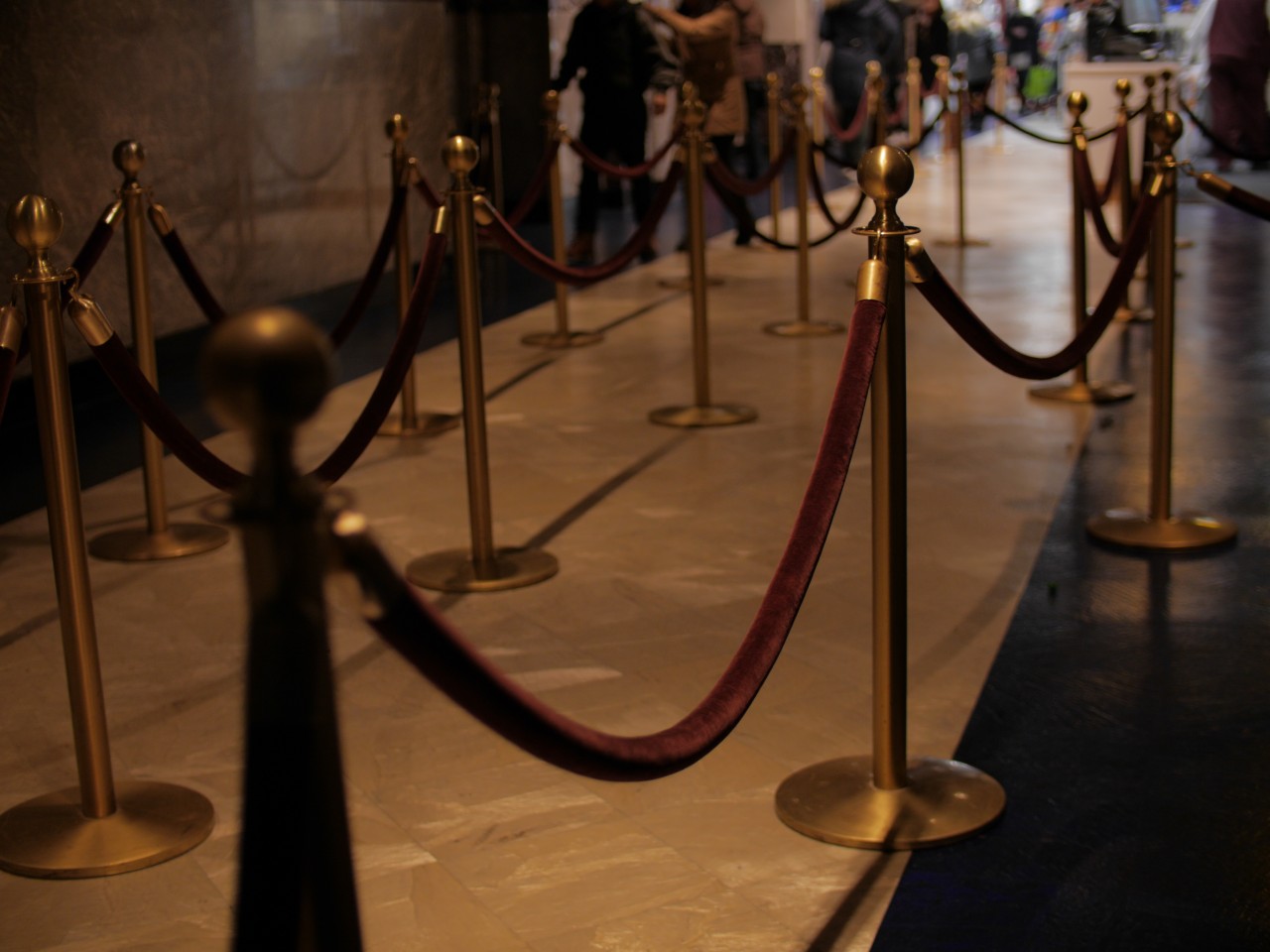 Sadly, a movie shot two to three years ago that just got picked up for distribution - is considered dated and old. Buyers only pick up films in post production or just completed. After six months in the market, the title is considered unsellable.

Unfortunately, ta sales agent will not pay for your PR or be your PR or Social Media champion. It's up to you to do the work. This means that when you make a film, you have to simultaneously build an audience for it on all social media platforms. Work to generate coverage with bloggers and magazines, too. Buyers check social media assets with a simple Google search before deciding if the film is worth acquiring. If you film has no web presence, it will have no market presence either. 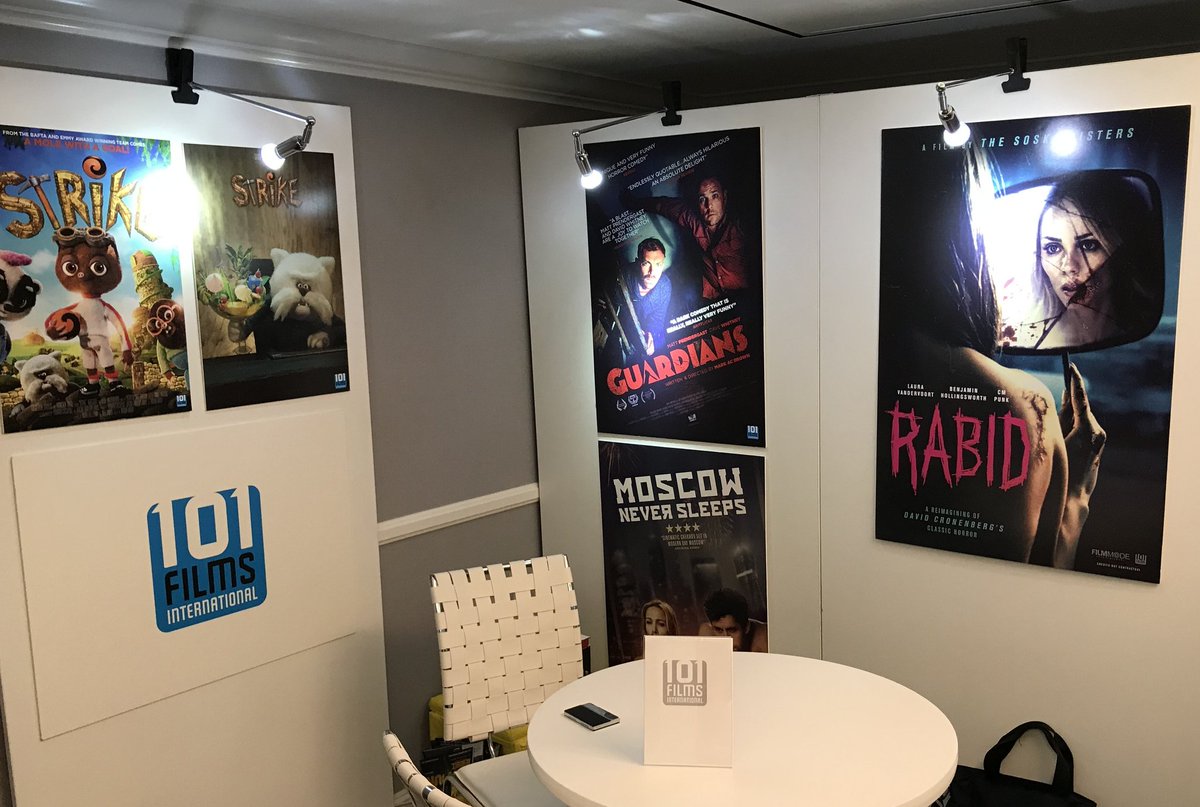 Unless your film wins awards and has a huge social media buzz behind it, a project with no notable cast has poor chances of being sold. And what you consider a “name” may not be a name in any country you are planning to sell. For example, Eric Roberts, Michael Madsen, and Seth Green may be A list actors to you, but they won’t sell your film. This has nothing to do with their acting talent, but everything to do with the fact that they've been cast in way too many C level films.

7) You Have the Wrong Cast for Your Genre

Putting a comedy actor in a horror film will not sell. Unless it’s someone like Adam Sandler and even then, it's a challenge. There have been very few actors who have been able to cross over to other genres. Everyone knows who Stallone is, and he's associated with action movies. To put Stallone in a dramatic family piece will most likely tank the movie.

8) You've Gone to Too Many Festivals

Submitting your movie to dozens of festivals will cheapen it. Much like someone who sleeps with every person they go on a date with, you'll bring the movie to a point where no one will want it. You need to be very specific about your festival strategy. Don’t go to small festivals unless you've exhausted the big ones. Have a few good laurels on your poster, but do not plaster it with them. A buyer will immediately think 'art house,' which will make it unsellable. You may also be viewed as desperate. I know you want to see audiences applaud you for your work, but I think it’s more important to see yourself paying back your investors so they can fund your next movie.

9) You Have the Wrong Sales Agent

If your movie is action-adventure and you give it to a sales agent who specializes in drama and comedy, they don't have the right kind of buyers. If your movie is a TV movie or market specific and you're lucky enough to give it to a sales agency that handles A list theatrical movies, they won’t put the same work or passion into selling your film. At the most, it will just be a negotiating tool to sell the bigger film or a filler title.

Having said all of this, don’t lose hope my friends. There is a way to turn things around and start earning dollars to repay you for your sacrifices and the months or years of hard work you put in to get your film from script to screen. Not all of the instances above can be fixed, but you can change the buyer’s mind or shift their perception.

If your still in post and your film is about to go to the marketplace, here are some Tips to Move Things in the Right Direction:

Unfortunately there is no immediate solution to unusual casting. I would suggest you “spin” your story about the cast and work on the socialmedia universe to convince your audience that your cast choices were, indeed, brilliant. The studios did that with Jim Carrey and Adam Sandler, for example. Granted, they had marketing dollars and the actors actually promoted the films and were damn good in their role. Perhaps with enough buzz, the buyers will also see it too.

I look forward to seeing you and celebrating your success at a future Cannes, Toronto, Berlin, Sundance, Venice, Tribeca, AFI and so on. Never ever give up. There is always plenty of time to get it right.

Other Stage 32 Posts by Alexia:
How Body Language and Buzz Words Can Drastically Improve Your Pitch
Think Like an Ad Man [Using Creative Agency Techniques to Build Project Identity] 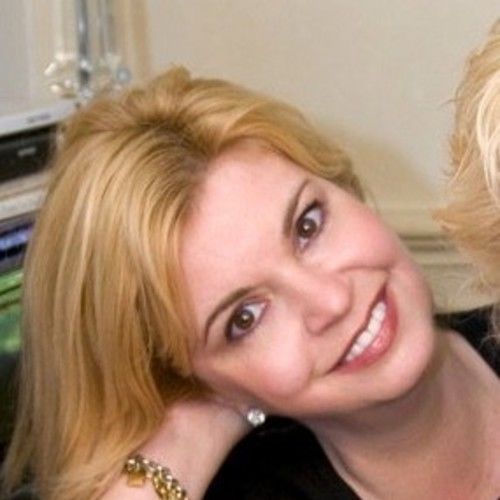 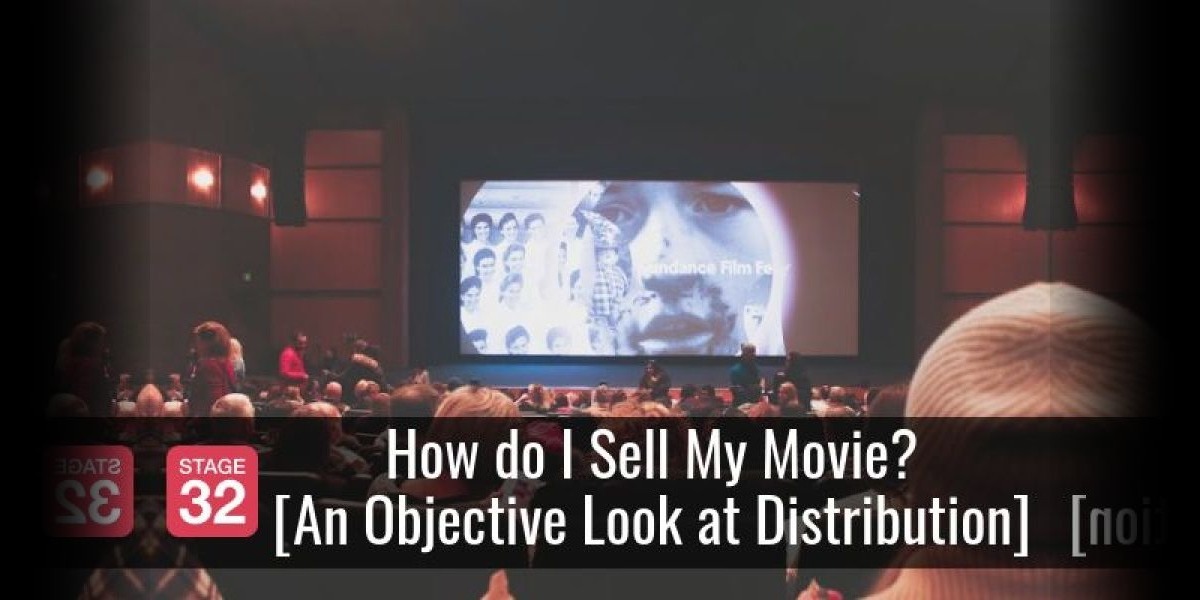 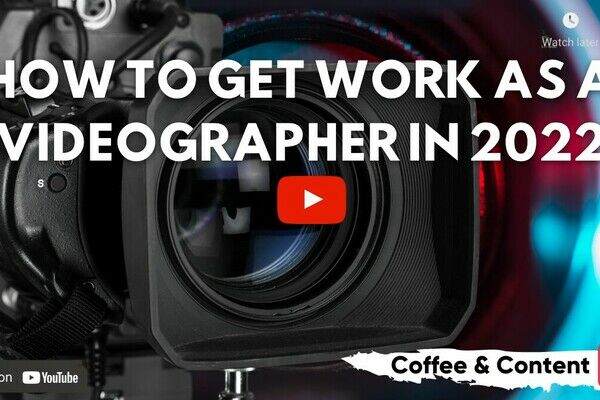 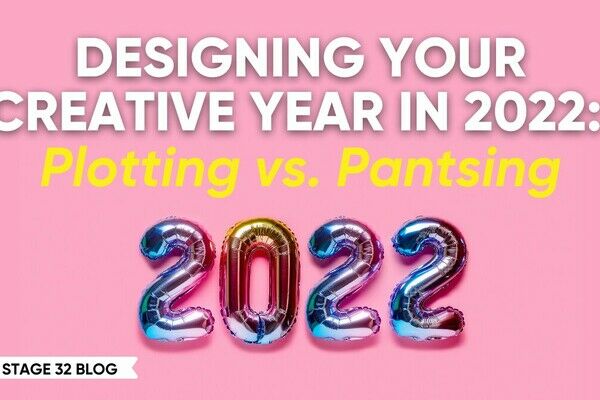