How to make an Improv Short Film: When Rehearsal is Performance 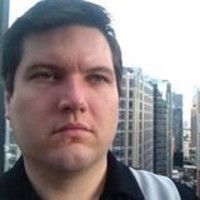 If you are an actor working to build your reel or a filmmaker looking to hone your craft, working on improv based short films can be a great way to experiment with the short film form and begin building a body of work. I first got the opportunity to collaborate with improv actors about two
years ago, and since then I’ve produced over a dozen improv based short films. When you are first starting out as a filmmaker, it can be difficult to pull together the resources needed to find a full cast and crew. With an improv short all it takes is an actor, a camera (and a way to record sound), and an idea.

Improv film can also offer opportunity for greater collaboration between director and actor. If an improv actor has an idea for a character or a film, I can grab my camera and we can go out and film it.

1) Gear
For many of the improv based shorts I’ve worked on, I have relied on relatively simple gear. I prefer to use the Panasonic GH4 to capture video and the Rode SmartLav+ and Zoom H1 to record audio. I worked on one improv short where we used two iPhones to capture video. Audio remains to be the most important part of making films and if there are issues with your audio on an improv short, it can cause nightmares in post.

2) The Conceit
When I make a scripted short film, I want to tell the story of that script. I want to capture coverage that highlights the themes of that story or tells the story in an interesting way. When I go out to make an improv based short film, I am working with my actors to explore an idea to tell a story. 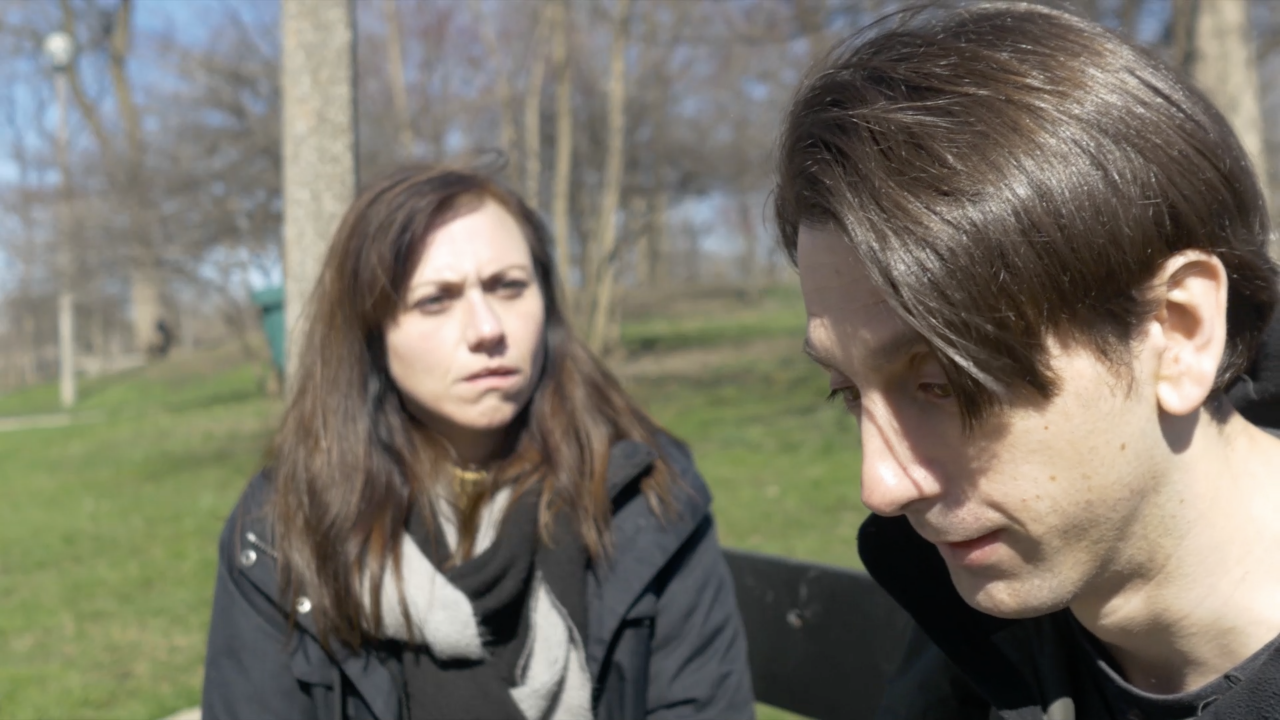 The idea could be: “Two people meet after a one night stand and one of them reveals they got an STD,” or “A man reflects on the resolution he made last New Years,” or “A man tries to meet a young woman and accidentally starts to mansplain Wuthering Heights to her.”

The conceit could be a character that you’re interested in exploring. Each rehearsal for a scene is a performance. As you roll takes, you never know what you will discover with your actors.

One day, one of my long time colleagues reached out and said he wanted to film something. We met up and we started talking what this thing could be about. We got a loose idea and found a location to film. The first few takes were rough going, but he found the character and we captured an excellent performance. This past February, I filmed a short film with two improv actors at the Chicago Auto Show. We used lav mics as mentioned earlier and no one at the Auto show asked about my camera or what we were filming. I had a full outline for the short with four scenes.

I shared the outline with both of my actors ahead of time and as we filmed throughout the auto show, I would remind them what each scene was meant to be about. The outline provided for the story I was interested in telling, but the specifics were left up to my actors and we discovered much of the story through the performance. If you don’t have an outline for your short, and you are filming a scene, you need to work with your actors to find the beats of the scene. In a dialogue scene, you will want coverage of both actors performing the same scene several times. By working with an outline, or by finding the beats of a scene while on set, it will be easier to match up dialogue in post.

3) Cast and Crew
Living and working in Chicago, I've had the opportunity to meet a lot of talented actors and improvisers. Chicago has a history with Improv and with the schools in Chicago (Second City, Improv Olympic, etc.), there is always new talent. There are a few improv actors I really enjoy working with and I try to make opportunities to work with them as much as I can. When you meet an improv actor who is on their game, you will find something in each take that is hilarious or inspiring.

For improv based film, I usually work as a one person crew and the gear mentioned earlier allows me to do this. For the Chicago Auto Show short, I showed both of my actors how to start recording on their lav mics. Having three people on set for the Auto show short helped us to make our film guerrilla uninterrupted. A few times on these shorts, I’ve had a Production Assistant to help with camera or gear.If you only have budget for one crew person, I would recommend finding a good location sound recordist. You want the best audio you can record and doing ADR on an improv short has another set of challenges (i.e. no script to reference).

4) Location
When looking for locations, one of the big considerations is sound. How busy is the area? Is there traffic or music in the area where you want to film (if outdoors)? On one of the short films I made, I had scouted out an area downtown. It was quiet enough on the weekend, but when we went out to film on a week night, there were some unexpected sound issues.

Always scout your location close to the same time of day and day you intend to film. Chicago has a lot of interesting public spaces and we’ve found a number of outdoor locations with minimal sound issues. I’ve never had a problem with someone interrupting one of our improv shoots. 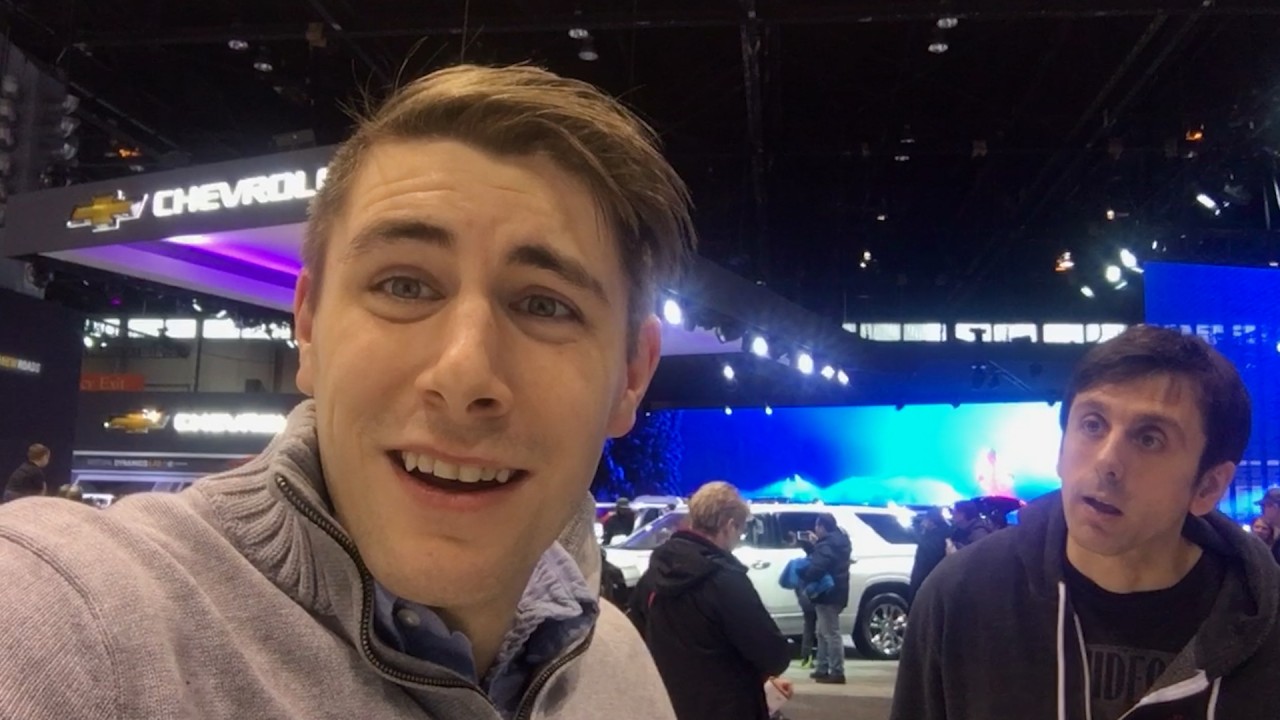 Joe Hirte and Dennis Episcopo in 'Auto Show,' (Not yet released.)

At the Chicago Auto show, there were a number of areas in the convention center where there was white noise. There were announcers and music blaring, but because it was an open space, we were able to walk the floor and find relative dead spots to ensure our audio would come thru.

5) Patience in Post
When editing a short film, each take covers the same dialogue and as an editor, I look for the best performance and the best takes (technically) to edit the scene together. When editing an improv based film, you’re looking for the best performance and the best takes, and you’re weaving a scene together. Editing an improv based short film can take a lot of patience. The hours can quickly pass by while you look at your coverage over and over to find the right take and to find the takes that will cut together.

It can be very helpful to capture close ups, reaction shots, and cut aways to give you options in the edit. When it comes to the edit, you want to be able to cut from an actor’s performance in take 1 or 2 to the actor’s performance in take 2 or 3.One of my favorite shorts to edit, called Heathcliff Mansplained was all about continuity errors. I didn’t have to worry so much about how the dialogue synched up between both of the actors, and I’m happy with how it turned out. 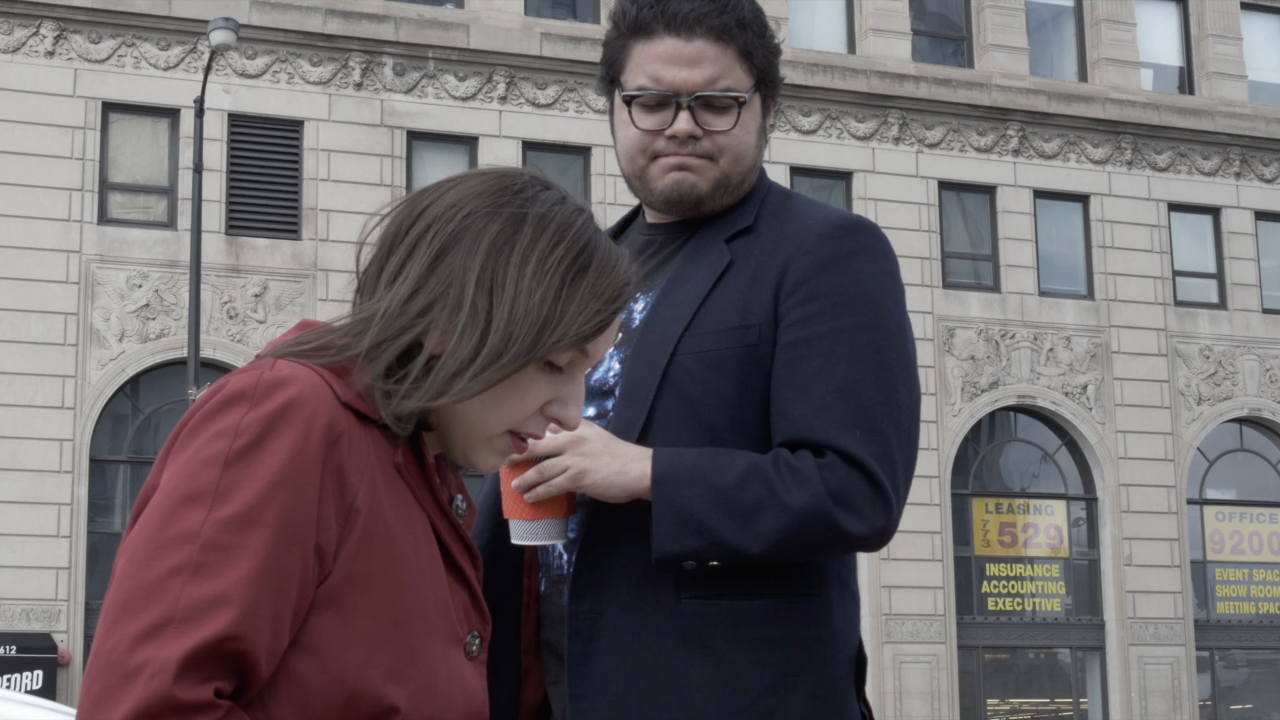 For our short film, Lucky 13 the actors and I discussed the beats after running the scene the first time. Having the beats in mind made it much easier to match up dialogue. And because of the nature of the scene, I got to play with how long I held on one actor versus the other. Editing an improv short is the final rewrite.

Final Thoughts
One of the most exciting parts of making an improv based short film is discovering what the film is about. More often than not, my actors and I go in with a conceit and as the scene plays out, it takes twists and turns that none of us expected. For me, that is the magic of “yes, and…” 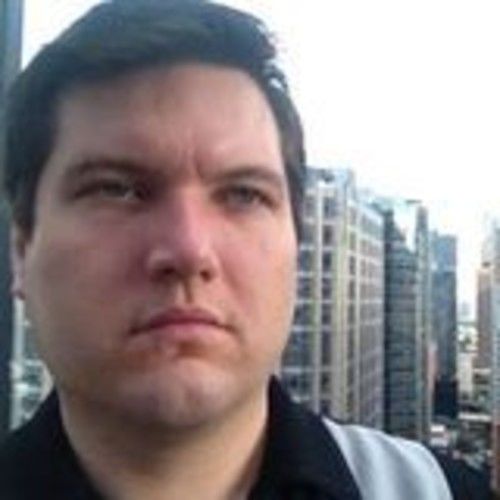 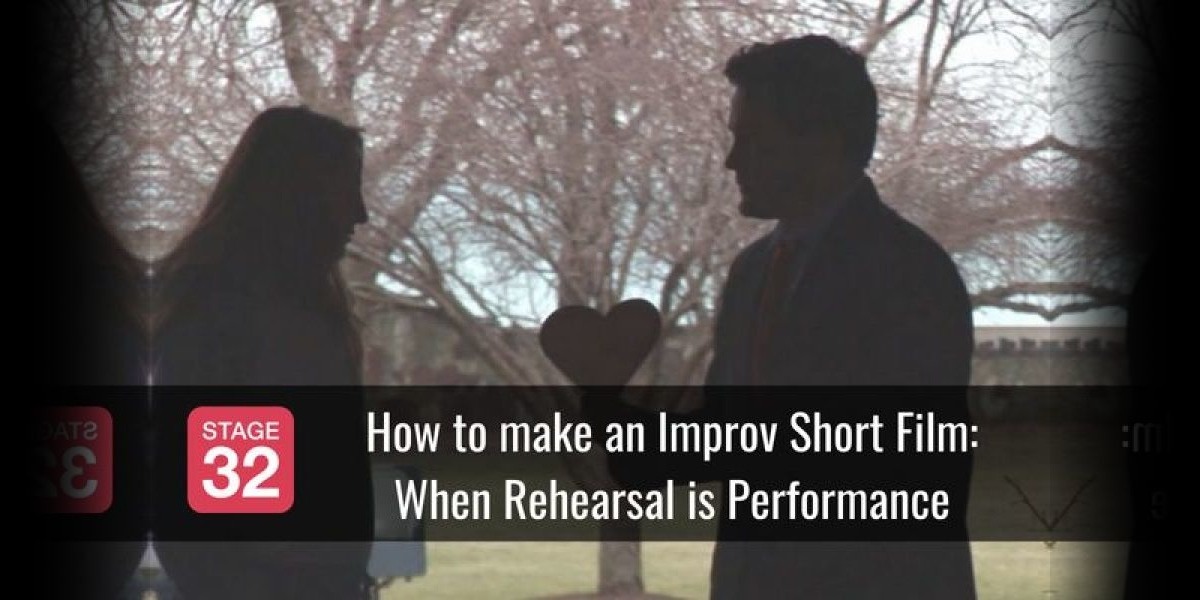