Let Your Artistry Define You

Let your artistry define you; the power which makes such definition very important is what I bring to your attention and you’ll find out as soon as you’re done strolling down memory lane with me.

The year that had been long-awaited by the world; I wonder if there has ever been or if even there will ever be a New Year’s Day excitedly celebrated and ushered in at its midnight commencement as was the one of the year 2000. “It’s the new millennium!” was the chant of the day. Like Nelly Furtado sung, “Why do all good things come to an end?” many probably wondered so as the celebration and excitement faded away and soon it was to everybody as clear as pure water that life went on as it did in the ’90s except for the then-new erring phenomenon of beginning to write the year with the figure 19 instead of 20 when stating the date. That too soon faded away and the world moved on normally. 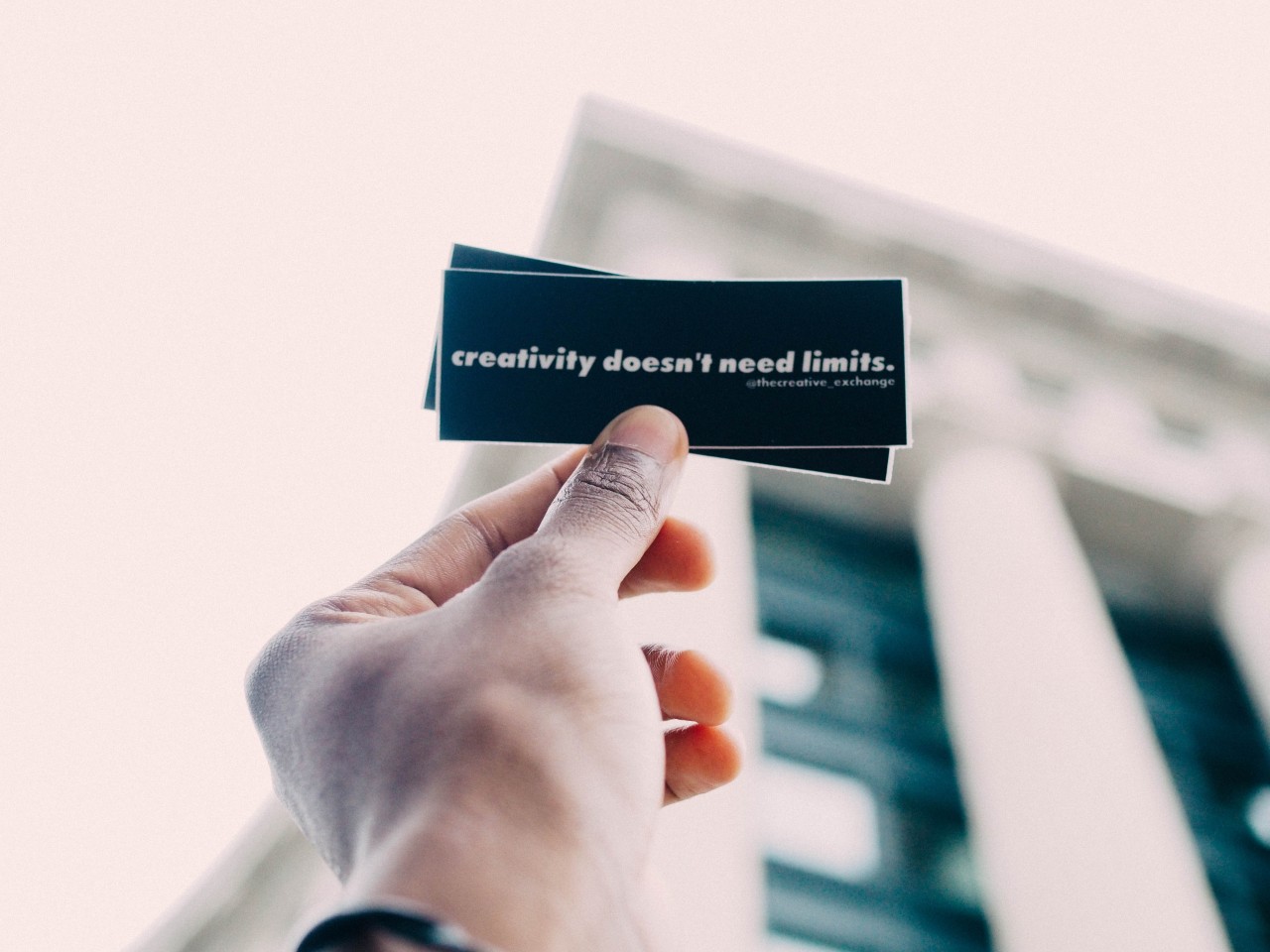 However for me, months into the year 2000, I encountered a reality that did not fade away ever since then. It was the birth of my passion for artistry. It was in this year, at my tender age of 10, when I got the privilege of being a pupil to a teacher we called Mr. Jude who gave us fine art lessons which was a whole new thing for our primary four class and he did not stop at that:-

“Mr. Jude one day during a class showed us photos of himself among which was one when he was disc-jockeying, he at one time in a spacious passage between classroom blocks demonstrated playing basketball to us, he one day let us flood in and outside his school campus residence and we marveled at art pieces he created; among which was a hand-drawn portrait of a global celebrity, he taught us martial arts self-defense basics, and also gave first aid lessons in a pupils club he formed and was patron to. While teaching fine art in classroom, he talked of its applications in life and even at one time mentioned it could help sketch a wanted criminal’s face.”

—Bamutiire Jerry Edmund, A Cat Has 9 Lives, I Have 9 Stories

Unfortunately, none of what Mr. Jude taught was examinable by the primary school and as if that was not enough of a disappointment, he left the institution so soon; none of what he taught was taught again ever at the school. I have missed him ever since, he is my ever remembered teacher. He was popular among the pupils for his being unique from other teachers; he taught artistry. His teachings and works defined him as a creative; they captivated me and got me to look at him as a childhood hero and as such he inspired me to become a creative as so he was.

Now decades ever since then, I in this year 2020 come to you as creative, my creative literature book being evidence: A Cat Has 9 Lives, I Have 9 Stories. Thanks to Mr. Jude, he let his artistry define him.

What is letting your artistry define you? 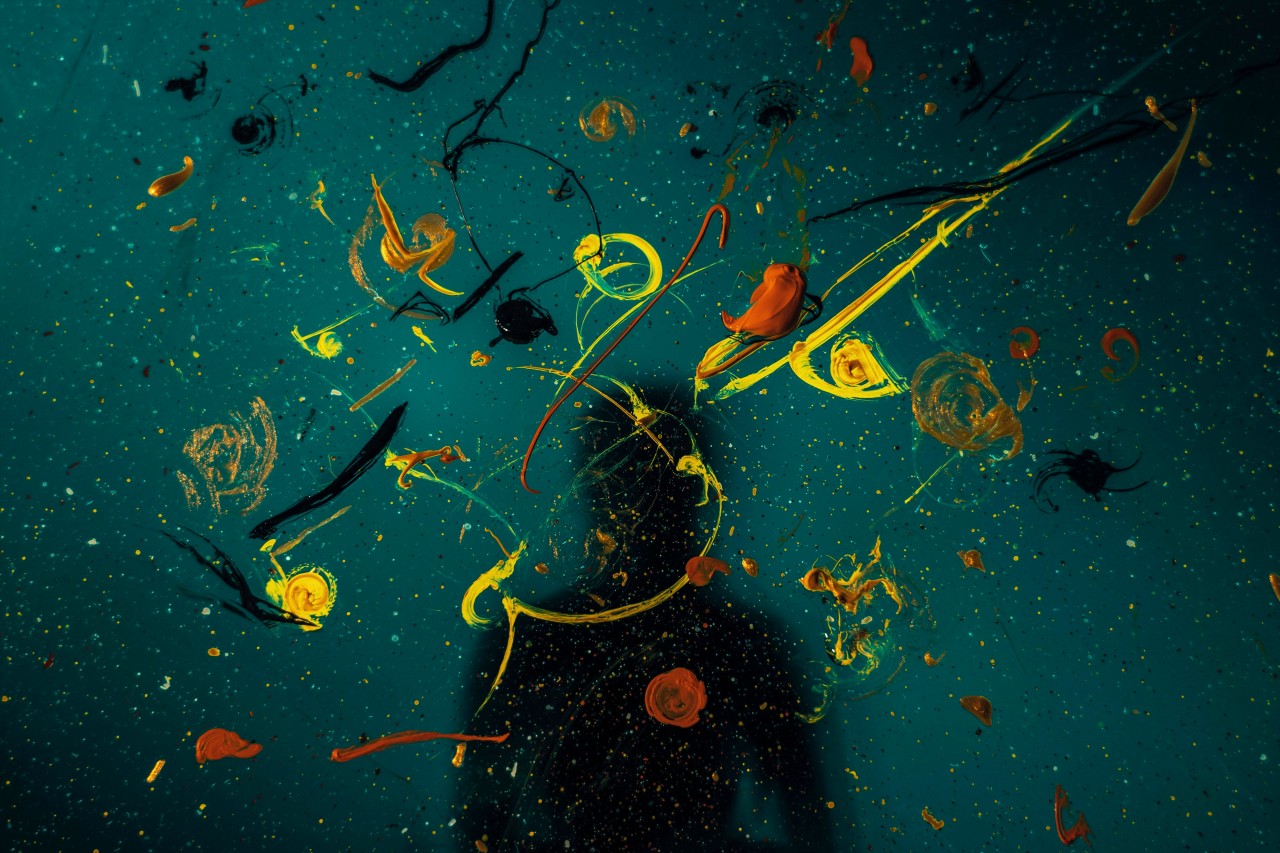 Why let your artistry define you?

The world will directly or indirectly tell you the abominable lie that you are not a creative; you could be told you are not good enough, that you can’t do it, that you should give up, you may not be believed in, or even you may be given the silent treatment of rejection. I have been a victim of this abominable lie.

To make matters worse, my lack of any creative art officially affirmed education background was a weak point through which this abhorrent lie’s soul-demolishing shadows infiltrated into my realm. In spite of the artistry zeal Mr. Jude instilled in me back then in my childhood days, I in my adulthood ended up a graduate with a diploma in Information Technology Business and I know exactly how this came about.

The artistry zeal Mr. Jude instilled in me did great during my primary years as I in fact then in 2003 during my primary seven at the age of 13, wrote a short screenplay of non-standard format, with intentions of me being among the actors if it were to be filmed; big dreams for a 13-year-old, right?! It wasn’t filmed anyway! But at least that year I along with a friend put up a good dance performance of the Backstreet Boys’ Get Another Boyfriend on a show at the school. The following primary school days held me as a pupil celebrity star; those golden memories! 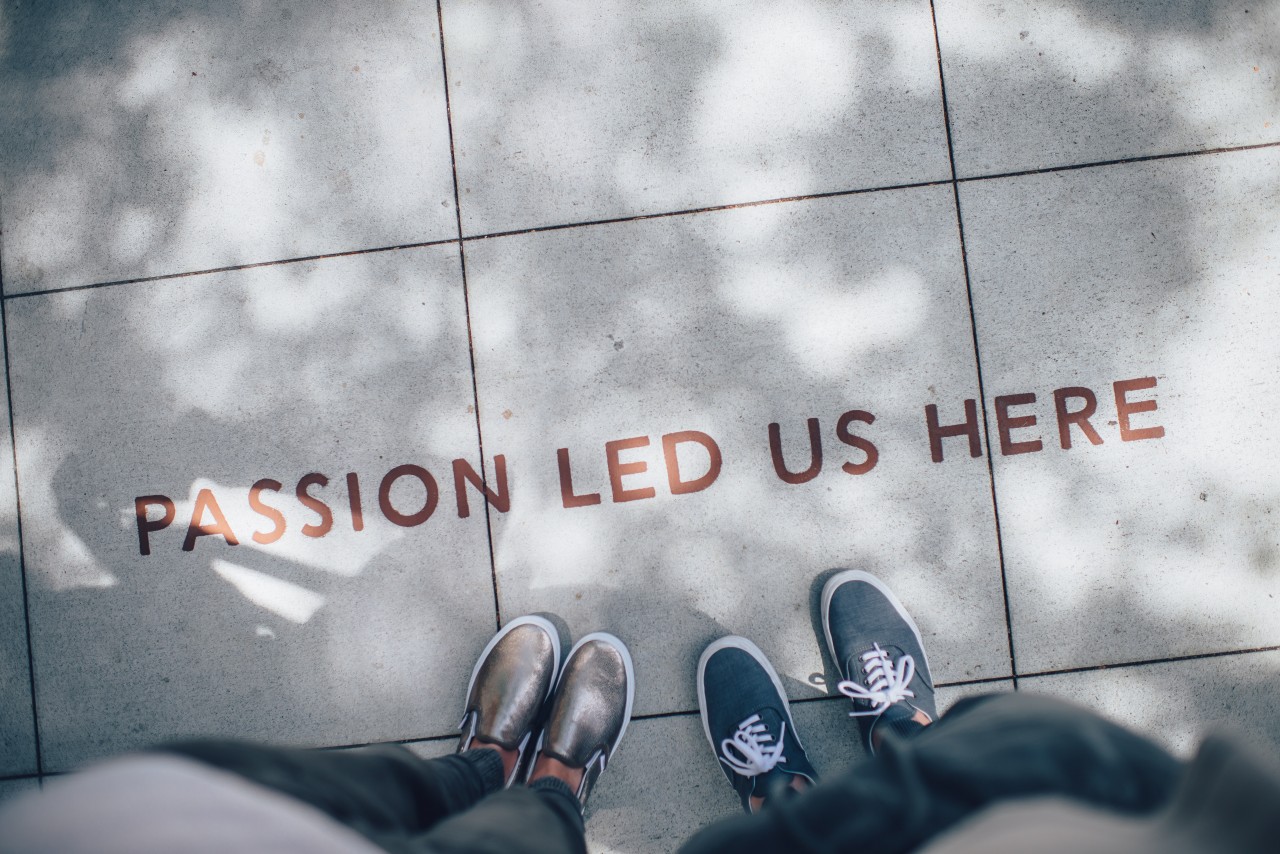 In my ordinary level secondary school years, again with intentions of acting, I wrote another non-standard format screenplay which too was not filmed but I had at least about two years earlier in 2005 put up a good mime and dance performance of Ginuwine’s In Those Jeans on a talent show at the secondary school and I still remember the applausese I got then from the students audience and how I was approvingly acknowledged by my senior two classroom mates the following days.

But amidst all this secondary school fun, I had already been brainwashed by the discouragement that both parents and teachers directed against creative arts and their academic disciplines. Both the parents and teachers advocated for students to pursue careers in other fields rather than creative arts. So, I was quick to drop creative artistry subjects that included fine art, music, and literature. Years later,  I joined a higher education institute where I completed a diploma in Information Technology Business; not a bad achievement but it surely changed the world’s perspective of me so much in that I felt uncomfortable calling myself a creative without any academic affirmation in any creative art.

I could have given up easily on my pursuit to become a creative but only one thing kept me going, the creative works I had created. These were unproduced but defined me a creative in my personal perspective which gave me self belief as this is what basically matters in spite of how much the world may disagree as it directly or indirectly tells you the abominable lie that you are not a creative. The works I had then included: unproduced songs whose lyrics I wrote and whose singing tunes I composed, and screenplays. Later on, I completed the arsenal with un-recorded personal acting practice and now I have as well authored and published a book. The unrecorded or unproduced or for a collectively accommodating word, the unpublished, works, and practices act as confidence-building therapy which conditions me to believe in myself that I am a creative and a good one; the published work does the same but even better yet, it openly proves wrong the discouragers. So, letting your works define you is an inspiration to you; go on and create those inspirers of yours. 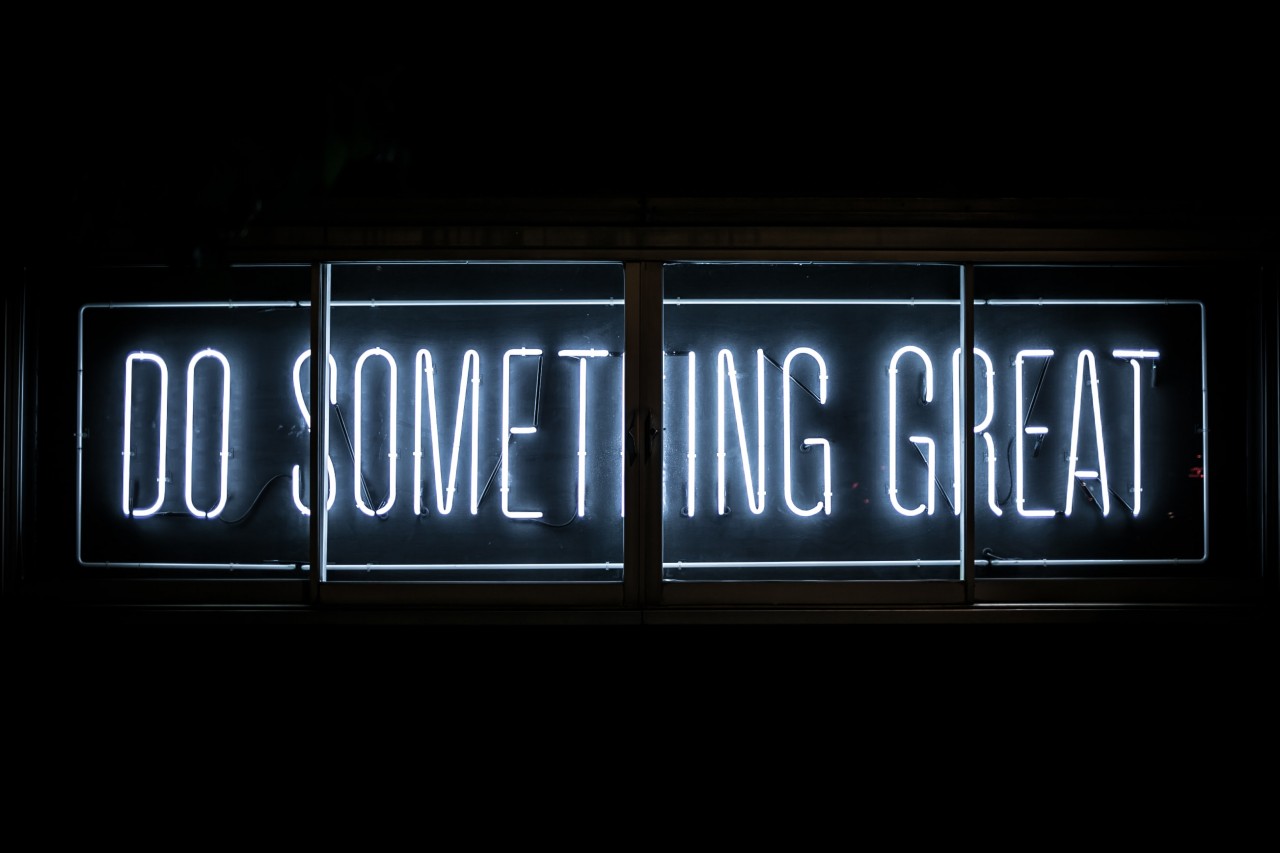 If Mr. Jude did not let his artistry define him before the pupils, he would not have inspired me to pursue becoming a creative. I salute many who have inspired me through their artistry; Key among these is screenwriter and Stage 32 member CJ Walley. I have over the years learned from him that it does not matter even if your screenplay or creative work ends up rejected or not spotlit, that rather what matters is its priceless affirmation of you as being a creative.

Two matters to note as we close:

1. Self-improvement and refresher education offers in creative arts do matter

Just because you have made creative works and as such you being a creative, or even having official qualifying academic papers in a creative art, doesn’t mean continuous study in the creative arts should not be a consideration on your part. So, always spare some pennies whenever you can and pay for self-improvement and refresher online and offline, short and maybe even long if you have the time, education offers in whatever creative art you’re into. These could be acting classes, writing classes, film directing lessons, name it.

I have experienced the rejection that comes along with not having academic papers in the creative arts I do; as an underdog struggling to rise, naturally you are liked and trusted more by the creative industry insiders if you have academic documents officially qualifying you for a creative art gig other than your underdog experience in the art. In fact, if you attend schooling in a well-qualified higher education institution of creative arts, you should at the end of your academic program be placed for academically recognized industrial training with a creative arts house or company. 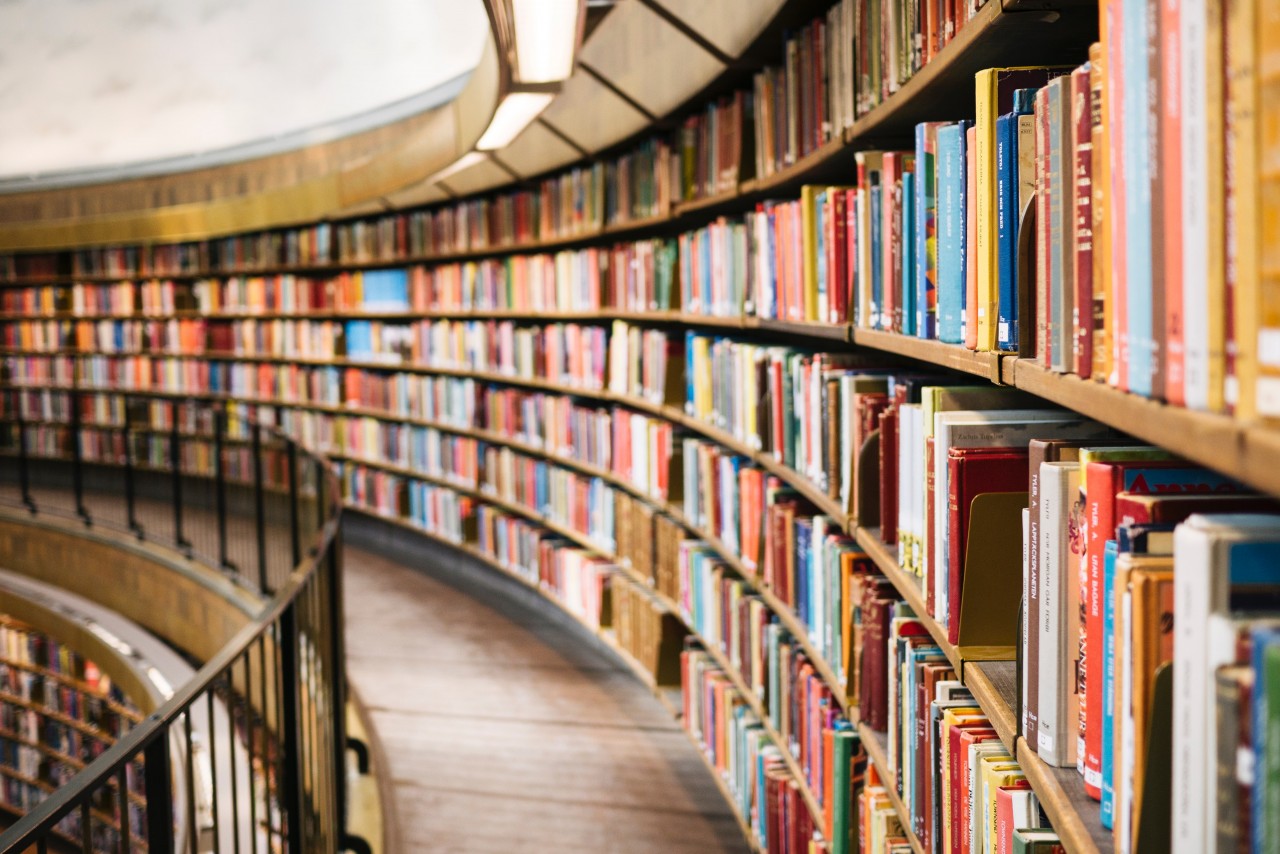 Thereafter the student on completion of their academic program can be retained more so if they have acquired a degree or better. Even if not retained, good gigs and permanent employment are more inevitable for a creative of such officially affirmed qualification and academically endorsed industrial training caliber. On October 30th I turned 31 years of age, but if I could turn back the hands of time back into my late teens or early twenties when I had strong full rights of demanding for parental provision of tuition, I would against all odds see to it that I enroll for a degree in a creative art of my preference. And to all of us out there, we may have run out of time but please, I beg of you, let us not mislead the young generation telling them they don’t need official academic affirmation in their pursuit to become creatives. My story be a lesson.

Whether official, published or unpublished, whatever it is you have that defines you a creative, hold it dear. It is a confidence-building definition therapeutic enough to earn you belief in yourself which is the courage you need to be victorious over the unfriendly booing world that bestows.

It was in his childhood when Bamutiire Jerry Edmund got inspired to become a creative. Journeying from then saw him pen layman non-standard screenplays with dreams he would be among the cast, it was not only that, the trek also saw him put up mime and dance performances at school shows which left him feeling a star as so the kids approvingly acknowledged of his performances and his name was quite a household shot on school campus and in classroom. And now, Jerry comes to you a creative of considerable caliber; a writer and an acting art creative. Talking about acting, Edmund’s headshot he themed, “Here’s who’s looking at you, kid!” as it accompanies this short bio, speaks volumes of his histrionics passion. 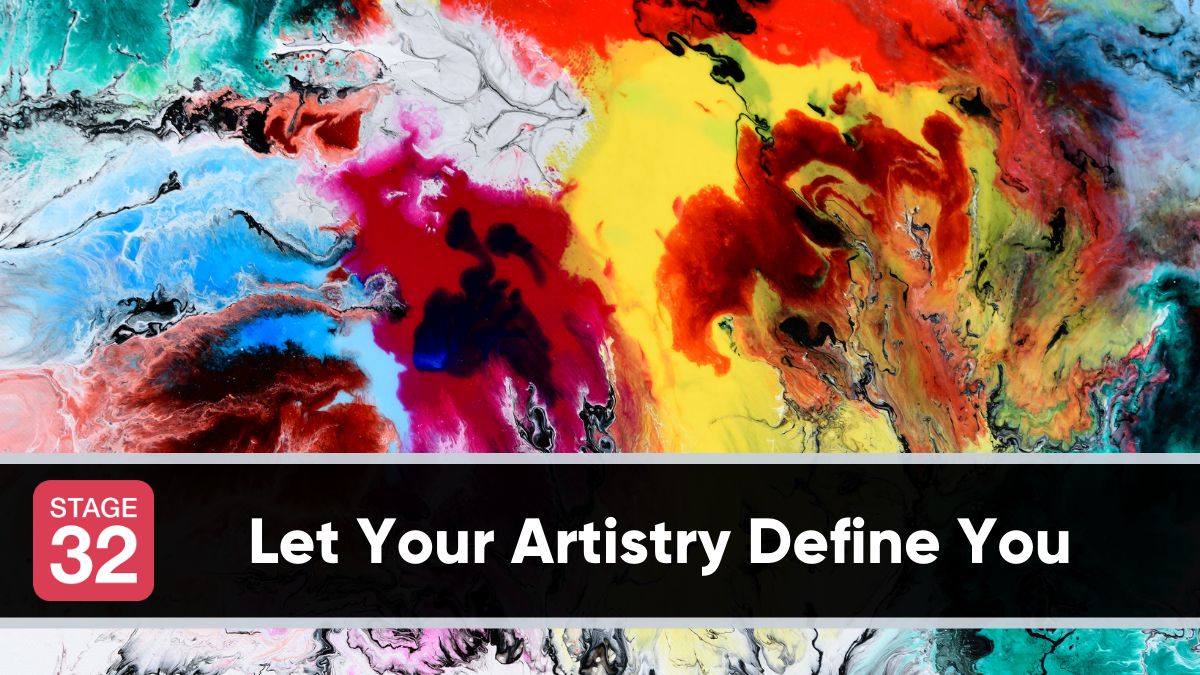