It’s that time again! Time for the October 2015 edition of On Stage with RB. Every month our Founder & CEO, RB, in an online webinar setting brings on special guests who work in the industry, such as filmmakers and executives to offer advice to our community, and he goes over the best way to use Stage 32 to help your career. Afterwards, he opens up the floor to you for a live Q&A session about anything and everything in the industry. Best of all, this is FREE, exclusively for Stage 32 members... and it certainly is a lot of FUN!

This month we are inviting 2,000 Stage 32 members to join us online LIVE Tuesday, October 20 at 1pm PDT for the On Stage with RB broadcast. RB will be covering some of the latest and greatest site features, speaking to members of the community and spending at least 90 minutes answering questions about the industry, your chosen discipline and just about anything else that's on your mind.

Plus, joining RB are two very special industry guests (who will be announced soon!) to talk about writing, filmmaking, being on set, directing, distribution, short films, and so much more!

Mark your calendars and register for this month's broadcast: 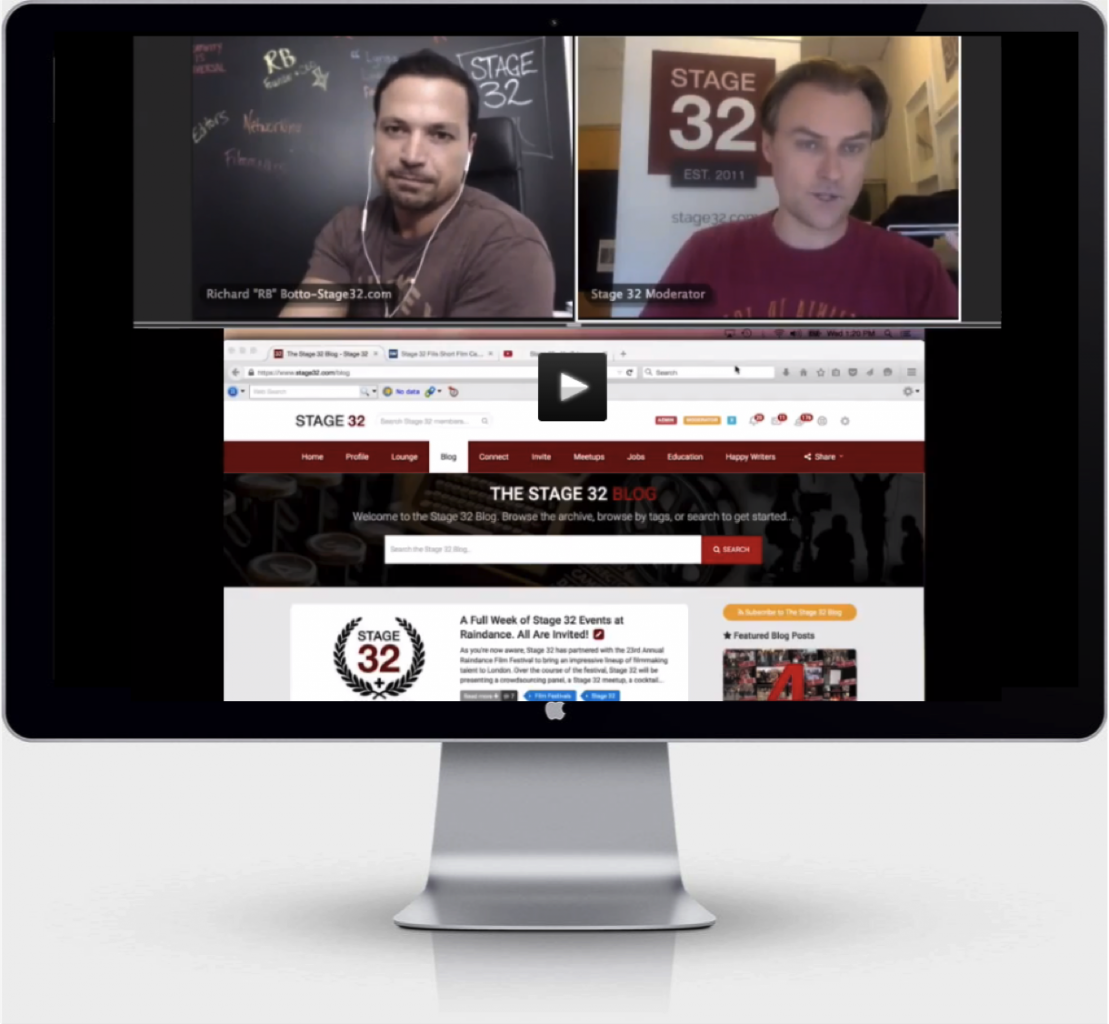 Last month's On Stage With RB broadcast was an information packed 3-hour affair! RB had on special guests Paul Barry, an LA-based Australian actor, director, writer and acting teacher. Clients of Paul’s are repped by: CAA, UTA, Abrams Artists Agency, The Gersh Agency, ICM Partners, Paradigm, and managed by: United Management, Principal Entertainment, Brillstein Entertainment Partners, Untitled Management, having worked at: MGM, CBS, NBC, C20th Fox, MTV, ABC and more…. Paul has taught in the vicinity of three thousand actors over the past 19 years, in both Australia and America.

Plus he had on Scott Stoops, a manager at Benderspink who recently sold a pilot to CBS and was instrumental in signing the comic book publisher Aspen Comics. Scott reps a variety of emerging writers and filmmakers whose films have played in festivals across the world. He also represents several directors who have done short films that were turned into feature films. Scott has sold projects in both television and features. Prior to Benderspink Scott was with Paradigm in the Feature Literary Department. You can watch it here.