Posted 1 year ago by Tom Stohlgren 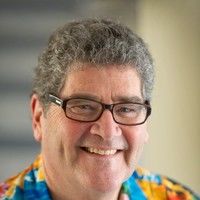 I am incredibly jazzed to share long time Stage 32 member (since 2016!) Tom Stohlgren's inspirational Stage 32 success story. While rejection is commonplace in the entertainment industry, Tom has never let it slow down his screenwriting pursuits. While most people look back on their "countless" rejections over the years, with a background in research, Tom couldn't help but keep track of his stats. According to Tom, he has had "over 4,500 “passes” (rejections) on submitted loglines and synopses" since he started screenwriting.

4,500 rejections. For most people, that would be a tough hurdle to leap. However, Tom looked at that number as 4,500 opportunities to learn and grow. And let me tell you, it has paid off in spades!

Tom has now written 60 feature scripts, 8 TV pilots, and one full 13-episode TV drama. Of those, five scripts have been optioned, one is currently being produced in South Africa, and two more are in pre-production! Join me in wishing Tom major congratulations in the comments below!

On top of all of that, Tom was diligently networking on Stage 32, and I am thrilled to share that he has procured a literary manager through his amazing efforts! Congratulations Tom!

Tom's got the full story below, take it away Tom!

Most screenwriters take a circuitous route to “getting their first feature film produced.” I thought it would be instructive to share the story of my journey in hopes of gathering diverse stories from others as a means for novice screenwriters to moderate expectations. Spoiler alert: Despite my best efforts, my journey to becoming a produced writer took eight years.

In the beginning, I set a goal. My goal was to write compelling feature scripts with female and minority leads across genres and budgets with an eye on return on investment. Easy, right? Not so! I admit I strayed a bit with some storylines for various reasons, but I kept my goal in mind even if I was naive.

I understood the statistical odds of success. I read that one out of 3,000 good feature 3,000 scripts gets produced. Knowing that established, well-connected, and represented writers sell more scripts than novices, I knew my odds would be less. I would have to work even harder and smarter than others. I never let the odds stop me. I jokingly told my wife that I may have to write 3,000 scripts. Maybe I wasn’t kidding. I kept my day job as a research scientist and ecologist. That paid the bills while I worked part-time on scrips. Family always comes first.

I did my research. I found and read 100 or more successful scripts from online sources. My training as a scientist helped me identify similarities and differences, and strengths and weaknesses in the scripts, but I was reminded that art is subjective. Every script was wildly different and compelling – and that was my epiphany. All I had to do was write 3,000 wildly different, compelling scripts.

I bought The Screenwriters Bible by David Trottier and studied it well. I grabbed many other screenwriting tips online (e.g., Stage 32, YouTube, and others). Formatting scripts wasn’t difficult, although I was amazed how many produced scripts I read bent the rules seemingly without punishment.

I used open-source screenwriting software (cheap) and practiced by writing scripts from stories with which I was familiar (i.e., five scripts from novels I had written over the years, and five new stories already in my head). Flow, character arcs, story beats, realistic and crisp dialogue… Those were hard. This was going to take more practice than I had planned.

Over the next four years, I paid a script consultant to provide honest evaluations of my first five scripts. This was money well spent. It was like being tutored— or taking a master class. I had nuns as teachers who used rulers to measure pain. How tough could a dozen rewrites be? In truth, I loved the one-on-one interaction and I learned a lot. Over the next 4 years, I graduated to Final Draft software, and continued posting scripts, while building connections on Stage 32 (Member since January 2016). I listened closely to all feedback, especially the harshest reviews.

I received helpful feedback from Stage 32 connections in the form of logline reviews and over 950 private messages. I wasn’t shy about asking for helpful advice. There is always something to learn, especially from Stage 32 CEO RB's Coffee and Content segments. But, most importantly, I kept writing scripts .

On the plus side, I see the movies in my head as I write them. On the negative side, producers and directors often see or want different movies from the ones I see in my head. So far, I’ve received over 4,500 “passes” (rejections) on submitted loglines and synopses. That’s the reality of the business. I never get discouraged. I kept writing feature scripts and TV pilots. I’m up to 60 scripts, 8 TV pilot scripts, and one full 13-episode season of scripts for a TV drama (covers pictured below)

I’ve spent a lot of time developing marketing materials such as film proposals, TV Bibles, and Look Books. Marketing materials promote my scripts on LinkedIn, Facebook, and Twitter. A wise producer once told me, “It’s not who you know, but who knows you". It’s difficult to assess how well marketing efforts pay off, but I’ll assume they work a little. I carefully check every email, logline, synopsis, and script for spelling, grammar, and punctuation errors before sending ANYTHING out. I have “first readers” for scripts (friends and colleagues). More eyes are better.

I optioned my first script five years into this eight-year journey, but the period movie was too expensive to produce. After six and a half years, I landed a Literary & Talent Manager from a connection on Stage 32, who signed me because I had written over 40 scripts, had one script optioned, and she thought many of my other scripts were very promising. Thank you, Stage 32!

I optioned four scripts in the past two years. Finally, a producer/director (Jihane Mrad) produced one of my scripts this past month in South Africa. I felt so honored. It took several rewrites after lots of suggestions from her, her staff, and the actors, the title was changed to a better one. And, on the first day of filming about one month ago, I was paid -- after eight years in the business. I have two more scripts are in pre-production with another producer, and things are looking up, partly because I’ve never looked down, only forward!

Like most of us, it didn’t happen overnight. I hesitate to calculate my hourly wage for the past eight years, but there are things to celebrate. I have dozens of “connections” with producers and directors that I now count as “real friends." I’m free to send some of them my latest film proposals, and my manager continually looks for new outlets for my work.

I will continue to post scripts on Stage 32, and share marketing materials on social media. Most importantly, I continue to write every day. I write six to eight feature scripts per year, but my full-time job is enjoying life, enjoying my family, and daydreaming about the next big story.

Over 80% of my scripts have female or minority leads (though I know only 30% of movies made do the same). I know the odds — but it’s the right thing to do. All I know is, don’t count me out. Any “success” I have is due largely to my new friends, colleagues, and connections in the industry. My first script was not an Academy Award-winning blockbuster, but my next one might be!

PS I’d like to hear from other writers about their journey to getting their first screenplay produced. Send your stories to tjstohlgren@gmail.com By day, Tom Stohlgren was a Senior Research Scientist at the Natural Resource Ecology Laboratory, Colorado State University in Fort Collins, CO. He wore Hawaiian shirts every day to teach classes, advise graduate students, and conduct research part-time. He received a Bachelor's degree in Forestry from the University of California, Berkeley; Master's degree in Biology from California State University, Fresno; and, Ph.D. in Ecology from the University of California, Davis. Tom is recognized as one of the top ten most productive scientists in the world in the field of biological invasions. He is invited around the world to lecture. He has published over 200 scientific papers and a textbook on methods of assessing plant diversity.

In his copious spare time, Dr. Stohlgren is a novelist, screenwriter, and playwright. He’s published six novels, completed one additional novels, written over 50 feature screenplays, one three-act play (a comedy), and thirteen pilot scripts for a potential TV series. Two of his novels ended up as finalists for the Colorado Authors Award for Best Fictional Novel. His goals are to: (1) “See the world as it should be, rather than how it is,” as Don Quixote would say; (2) entertain first, and educate second; and (3) replace despair, panic, and gullibility with scientific reasoning, education, and hope.

Five of Tom’s scripts have been optioned. One of the feature scripts is being filmed in South Africa.For four years, Tom was tutored and mentored by Emmy Award-winning Lee Levinson of Lee Levinson Productions (NY) to make his scripts "camera-ready." Tom is always open to working collaboratively, editing as you see fit, or writing for hire. Tom's scripts are fresh, authentic, and engaging! Give them a read! 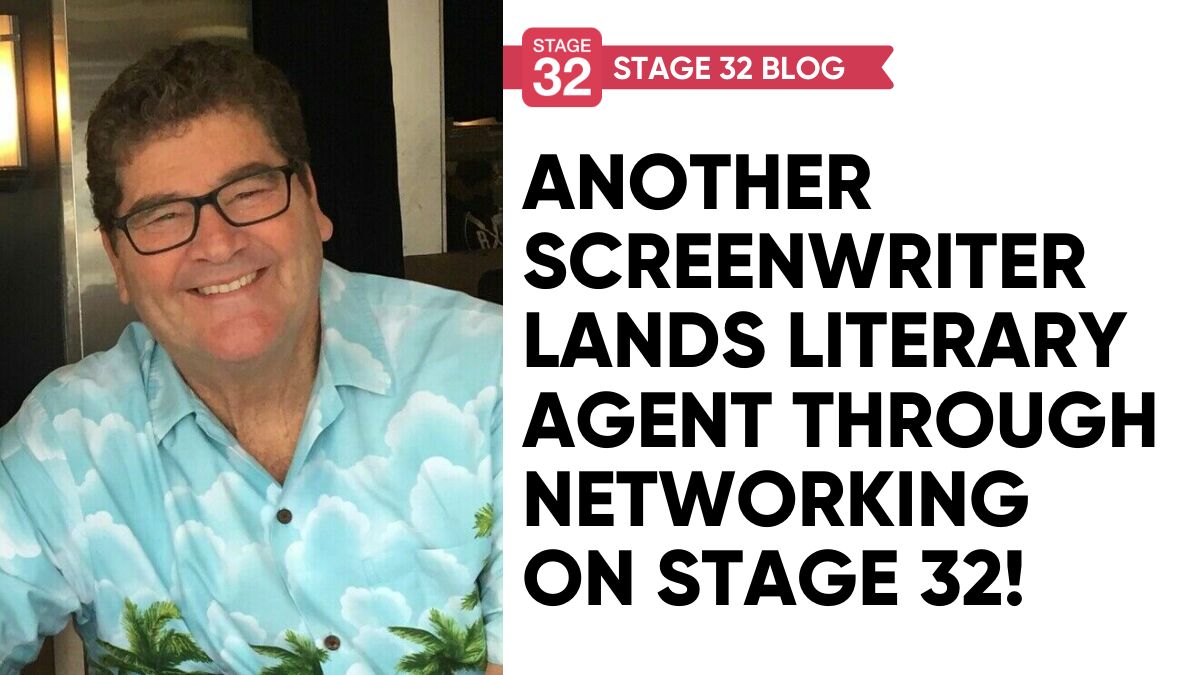