Screenwriter working with JUMANJI & TERMINATOR Producer after connecting through Stage 32!

Posted 9 months ago by Christopher Morrison 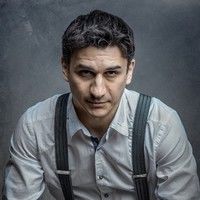 Good morning Stage 32 Creative Crew! Happy Monday! I hope you spent your weekend enjoying yourself while finding time to dig in and be creative. This week's story comes from Stage 32 member Christopher Morrison who has spent years looking for ways to break into a highly competitive industry.

As you will hear from Christopher, he has invested in film-related books, courses, pitches, and more in an attempt to improve his craft and get the "big break."  Well - spoiler alert - the hard work and dedication paid off! Christopher is now in development on a project with Robert Cort Productions after connecting with their Creative Executive Erin Larsen through a Stage 32 Pitch Session!  Erin was a producer on the Ruth Bader Ginsberg biopic, ON THE BASIS OF SEX and is next producing THE SECRET with Katie Holmes. Robert Cort also produced films in the TERMINATOR franchise and the original JUMANJI!

As Christopher explains, he and Erin hit it off during the pitch and Christopher submitted the script to Erin! She then shared the script with the rest of the team at Robert Cort Productions and they are no in active development on the project!

Christopher just updated me that he on on his latest draft with Erin for Robert Cort.  Take it away Christopher!

Hey there. This is awkward. You don’t know me (more than likely). But I know you. I kinda studied you… mainly because you’re me. You have been at this thing we call “the industry” or “writing” or “film-making” or “storytelling” for somewhere between 8-30 years and you still have to answer the question, “You worked on anything I’ve seen?” with the answer, “Probably not.”

I even wrote a book about you. (Seriously.) It’s called Working Artists: A Middle-Class Artists Survival Guideand, no, you don’t know it because no one published it (over 30 rejections!) Although I spent four years of my life interviewing 25 artists from all different disciplines who had/have careers but you wouldn’t know their names. (It also has about 180 pgs of my own advice…hey, I got a healthy ego.) But “wait”, you cry. The headline of this thing said “Success Story” (or something promising a thing I did that was positive…not plug a book no publisher wanted to publish). I’ll get to that, and Stage 32 was instrumental in that win, for sure. I just wanted to talk directly to my mid-career peeps for a moment because not many people do. (I promise if you are just starting, or, for some reason you’re an established old-hand at all this, this will be interesting too.)

The main thing I want to say to you is simply this: I see you. I feel you. Your work is valid. My sincere hope is that you keep creating and no manner of “failure” or even what some people think of “success” ever strips that from you.

Alrighty. Moving on from the pep talk to the “my story” part. Guess what? I’ve been at this since I was 17. I’m now 46. I’m a staunchly indie creator and have been lucky enough to stay true to those roots most of my career. And now I do it on a different continent than when I started, and - I’m proud to say - it’s the fourth continent that my work has been seen and produced. And I’m the text-book definition of “nobody”.

Which is why Stage 32 is so darn groovy. They give nobodies some access that most other film oriented “career” sites simply do not. And when you’re a nobody with an actual body of work, that access is incredibly useful and can lead to further steps in your career/your projects.

If you would like my full background (which is wacky for sure) feel free to check out my profile on the site. (It careens from Shakespeare to Cirque du Soleil to fight choreography to VR to a distributed feature film that I wrote and directed… with some famous names for me to shamelessly name-drop and bask in their borrowed light.)

Suffice it to say I’ve been all over the entertainment business and done most of the side-gigs to survive while doing it. I’ve also tried a bunch of goofy stuff to attempt to get the attention of decision makers in ye olde film business. I’ve signed up for and paid for every film course/film biz/social-connector/book/site that you can imagine - and some you probably haven’t. And a lot of them were actually useful in drips and drabs. A nugget of info here, a small connection there, a new way of approaching material over there.

But what I was missing from, well, everywhere was the simple ability to show-off my talents as a storyteller to decision makers up the chain. Being a 20 year veteran I have a wicked solid horizontal network… I was struggling to fill in that vertical network with meetings so I could get down to some serious “wowing”.

Enter Stage 32. Now my profile says I joined in 2016… but, alas, it really wasn’t until about 6-8 months ago I discovered and made a decision to invest in the pitches and reads that Stage 32 has on offer.

I’d just been paid by some first-time producers to create a pilot and a bible. So, starting last February, I decided to turn around and re-invest that cash into Stage 32 pitches and reads. It was a significant enough chunk of change that I was able to shotgun my ideas to about 20-40 unsuspecting souls on this site.

Not only was I able to hone my pitches across seven projects, get real-time feedback, I was graced with more than seven requests from the S32 folks and 11 from the pitchfests - which would not have happened without the Stage 32 practice and feedback. Funnily enough, I met the wonderful Christine Torres in her capacity as an executive in one of the pitchfests and we are currently trying to work on a project together.

And here, finally, comes the “success” story. One of those Stage 32 pitches was with the super-groovy Erin Larsen from the groovy Robert Cort Productions - the wonderful people who brought us, among others, ON THE BASIS OF SEX and a pair of movies my teen-aged self absolutely adored - the BILL & TED movies. 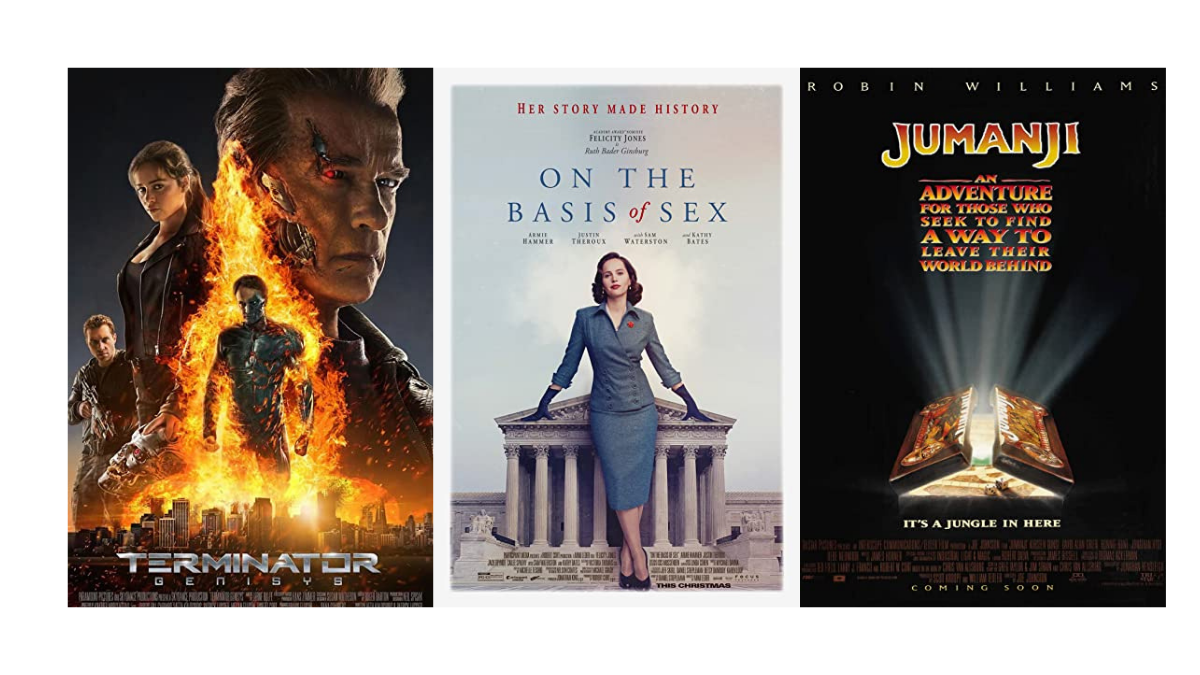 Robert Cort has produced some of the most critically and commercially successful films in recent history!

Welp. Erin requested a read of my microbudget script WITHIN - which was also a finalist in the recent microbudget Horror Competition here on Stage 32, won by the massively deserving Martin Reese!

Erin saw enough potential in the script to share it with the rest of the team at Robert Cort Productions and - long-story longer - we are developing the material together with the idea that we would enter into a shopping agreement once we’re all happy with the script. I’m in the rare position of someone who primarily writes for no/micro/low budget stuff. To be asked to make the project BIGGER. Weird.

And that’s it! We are working together for a project that may or may not come together. And that is such a HUGE win for an indie human. This opportunity to work with a respected Hollywood producer’s team to re-break a story and turn it into something they’d feel comfortable to take to their network is something no other site or “opportunity” I’ve had extended to me.

So, my mid-career folkx, I wanna pull you back in close here for the closer. I hope you noticed all the OTHER sites I mentioned above: Upwork, FadeIn (Online Hollywood Pitchfest), social media in general (but key in my career: Facebook, LinkedIn, and now Twitter and Discord). I want to state, very clearly, that Stage 32 has floated me opportunities in an incredibly direct manner. Pay a reasonable price for pitches and reads and people with some actual decision making power will read your stuff.

My final word of advice here is to do what I did, if and when you can.

Get a payday from any gig you got and spend it on yourself, your career, right here. Pay for those pitches, pay for those reads, pay to join the Writer’s Room if you want/need a community. Stuff happens here.

I see you. I feel you. Your work is valid.

Much love, and in artistic solidarity.

PS: If this has inspired you (or confused you) hit me up on the site with questions. And if you wanna read 400 pages of interviews and advice on navigating being an artist that is about three years outta date (still plenty important info in there… and, hey Tanya Saracho is interviewed before she became… ya know… Tanya Saracho) I’ll send you the PDF for free. 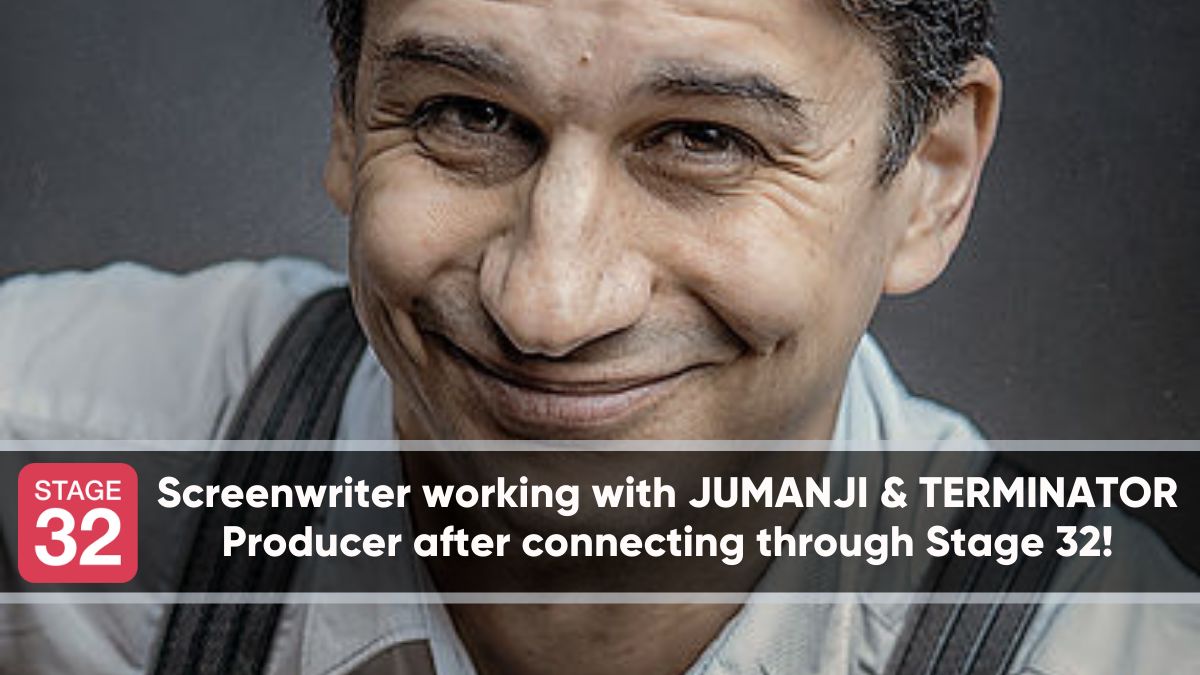