Good morning Stage 32 Creative Crew! I am excited to kick off the first Monday in May with a major announcement.

As you know, since 2011, Stage 32 has been a leader in connecting and educating film, tv, and digital creatives and professionals worldwide. Our mission is to democratize the film industry and provide education and opportunities for those who dream of having a career in the industry to achieve their goals.

Our partners include Netflix, Cannes, the American Film Market and dozens of other networks and streamers, production companies, film markets, festivals and film commissions. I am very excited to announce that Stage 32 has joined forces with the Chapman University Dodge College of Film and Media Arts to provide Chapman current students and alumni with networking and educational opportunities through the platform.

The Dodge College of Film and Media Arts is the #4 ranked film school in the world according to The Wrap, a feat that is particularly notable according to Dean Stephen Galloway because, “...for the first time, we’ve been ranked higher than some of the ‘legacy’ film schools that have had decades to build their alumni and reputation.”

In August, Chapman also climbed in The Hollywood Reporter’s annual rankings, reaching No. 6 on that prestigious list.

The Chapman film school was praised for its new Mentorship Program “to create a pipeline for brilliant youngsters from underserved communities,” as well as a new Careers Office led by “longtime faculty star” Jill Condon, with whom I personally worked closely to bring this collaboration together.

This is particularly exciting for me as Chapman University is my alma mater. I recall making the transition from film school to a career in the industry was very difficult, even with a degree in Writing and Directing. I am grateful to help Chapman students, future students, and fellow alumni make the transition from university life to a sustainable career in the industry - no matter the discipline. Stage 32 CEO Rich “RB” Botto also believes the collaboration will yield incredible results for the students and alumni, saying, “The most important aspects toward breaking in and forging a lifelong career as a creative or professional in the entertainment industry are building a meaningful network, continuing one's education, and having access beyond the gatekeepers. We're proud to offer all Chapman alumni and current students the ability to achieve all three in an effort to shorten their path to success.”

We work directly with thousands of executives from companies such as HBOMax, Circle of Confusion, Searchlight Pictures, Universal Pictures, MGM, Sam Raimi Productions, ViacomCBS, Bad Wolf America, Sony Pictures Television, Verve, Gersh, WME, UTA, Good Fear, Zero Gravity, and many more. We're proud to open the door to Chapman students past and present to learn and work directly from the executives of these incredible and influential companies as they advance in this highly competitive industry.

RB continues saying, “Often when students leave film school, they wonder, ‘What next?’ With this partnership between Chapman and Stage 32, we'll help provide that answer.”

“There’s never been a better time for a film grad to get outta Dodge — and into Hollywood,” The Wrap said in wrapping up its evaluation of the Chapman film school.

I am grateful that the Stage 32 community will be there to help guide Chapman students into the industry as they take their first steps into their careers. Please join me in welcoming Chapman University students and alumni to Stage 32! We wish them the best of luck!

Are you a current or former Chapman student? You can reach out directly to writerhelp@stage32.com and let us know! You will immediately be able to take advantage of perks designed to keep you connected, educated, and motivated. 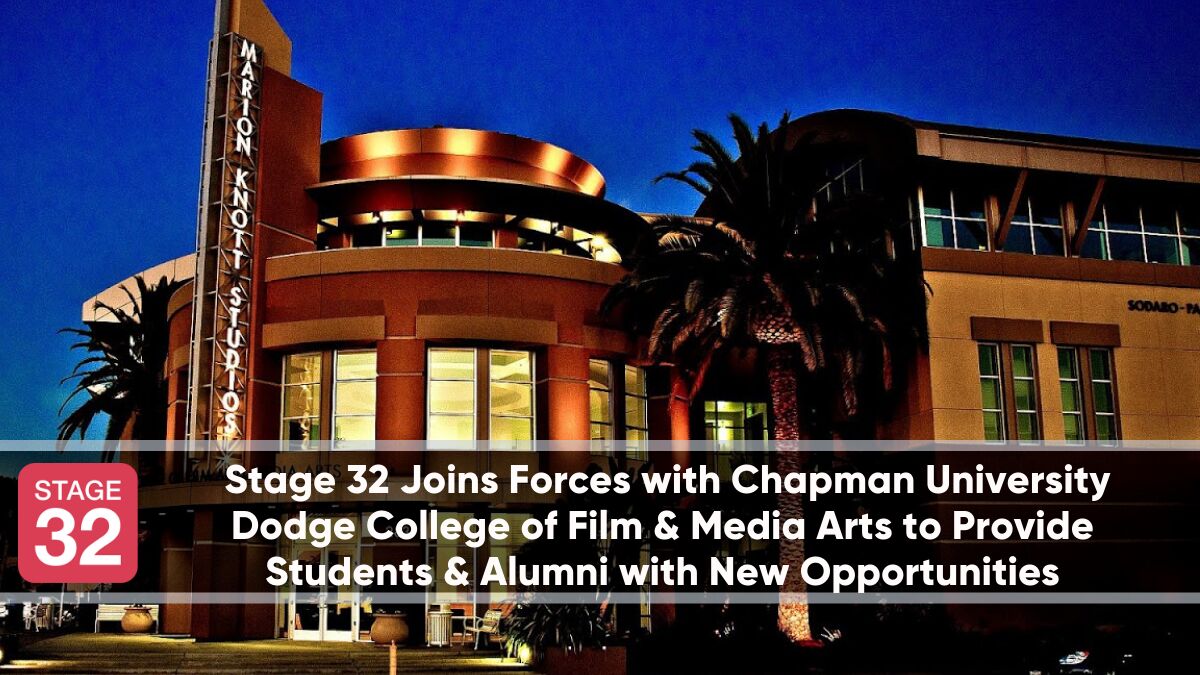 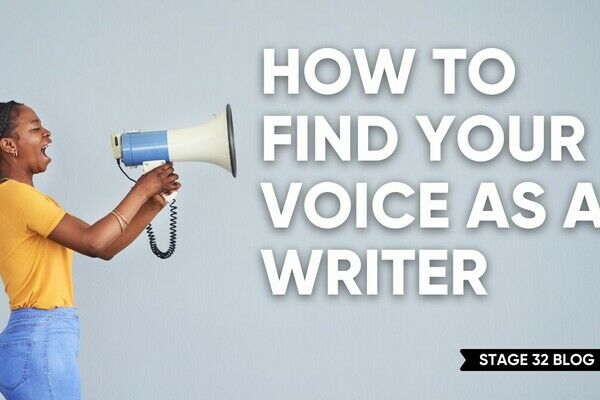