As you know, a couple of weeks back, we announced and launched Stage 32 Screenings to help filmmakers who were impacted by the cancellation of SXSW get their films seen to a concentrated audience of decision-makers here on Stage 32.

The response has been overwhelming. To date, we have received over 100 pieces of entertainment and business media coverage all over the globe (even China!) for our groundbreaking initiative.

We’re thrilled to announce that (so far) over 35 of the filmmakers who had their live SXSW screenings cancelled have decided to screen on Stage 32. The 35 films, short films, and TV pilots include over 20 World Premieres with the filmmakers hailing from 10 different countries.

Additionally, we’ve now heard from over 1000 filmmakers or creatives and professionals involved with films, TV pilots and other short-form content that have been impacted by festival cancellations around the world. Further still, over 40 film festival directors have been in contact wondering how they can get involved in our cause.

There is no question the world of independent film has been rattled to its core over the last few weeks. As the world’s largest platform for film, television and digital creatives and professionals and with our existing infrastructure to screen already in place, we’re thrilled that we can open our doors and give these filmmakers a chance to screen to a potential audience of hundreds of thousands and, of course, in front of a large and concentrated audience of sales agents, distributors, managers, agents, financiers and development execs.

So what can you do to help? Well, spread the word, of course! Please embrace a collaborative spirit and carry this message forward so we can help all of these displaced filmmakers and their films get the audience they deserve. And, of course, if you know anyone impacted by the Telluride Mountainfilm cancellation or the Tribeca postponement, do send them over to www.stage32.com/screenings.

Much more to announce in the coming days. In the meantime, thank you for your support! 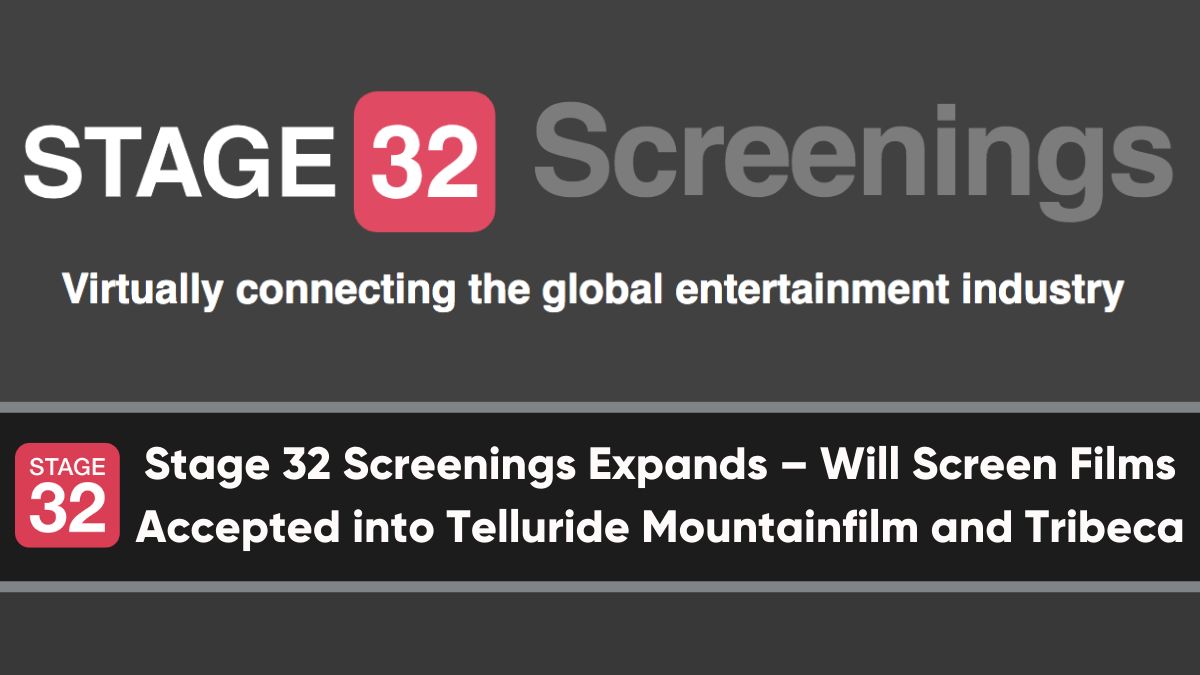