Halfway through the Cannes Film Festival, the buzz is about “Jackie”, now in post-production, an account of the days of First Lady Jacqueline Kennedy in the immediate aftermath of John F. Kennedy's assassination in 1963, directed by Pablo Larraín whose Directors’ Fortnight contender “Neruda” is receiving raves here. Another hot Directors’ Fortnight film “Mean Dreams” with Bill Paxton is praised by one important film buyer as “Mud” meets “Cold in July” in a tense coming-of-age drama about a 15-year-old boy. And Sony Pictures Classics has snatched U.S. rights to the German Competition comedy, “Toni Erdmann”. 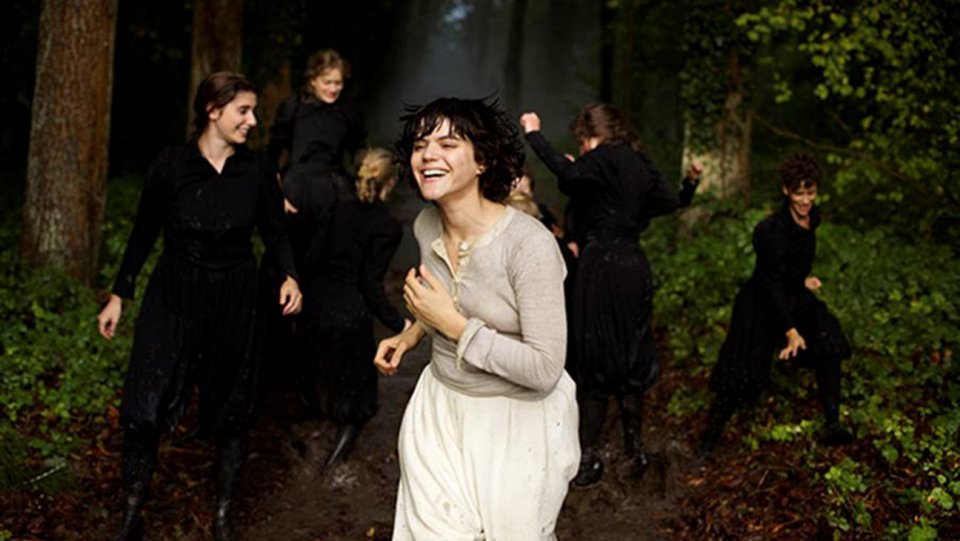 This year in the Cannes Film Festival’s Official Competition Section, there are no first time film directors, only established masters, some praised and some panned. However, Cannes Official Un Certain Regard specifically shows emerging filmmakers who are considered to be the next generation of master auteurs of cinema. Out of its 17 films, seven were first features from Romania, France, Israel, USA, Argentina, Finland and the Netherlands. Three of the seven are by women: Stéphanie Di Giusto’s “La Danseuse” (“The Dancer”) is about Loïe Fuller, the toast of the Folies Bergères at the turn of the 20th century and an inspiration for Toulouse-Lautrec and the Lumière Brothers.

Maha Haj From Israel debuted on the first day with “Personal Affairs”, about an old couple in Nazareth and their son and daughter who live on the other side of the border. Other first films are the much-anticipated “The Red Turtle”, a dialogue-free animated feature from Studio Ghibli but made in France and directed by Dutch-born, London-based animator Michael Dudok de Wit, the Finnish-German-Swedish “The Happiest Day In The Life Of Olli Mäki” and Bogdan Mirica’s “Dogs”. The debut So. Korean film, “Train to Busan”, showed in the Official Midnight Screening section and featured a zombie-virus breaking out in South Korea, and a couple of passengers struggling to survive on the train from Seoul to Busan – enough to make me want to stop traveling.

“Fool Moon” by France’s Gregoire Leprinr-Foret had a Special Screening within the Official selection and received mixed reviews. In Critics Week, three of ten films selected and judged bycritics as the best films of the year thus far are first features: K. Rajapal’s drama “A Yellow Bird” from Singapore and France about a Singaporean Indian man trying to reconnect with his estranged family after he is released from prison, Mehmet Can Mertoglu’s “Albüm” from Turkey, France and Romania (See the trailer here) and Alessandro Comidin’s “Happy Times Will Come Soon” from Italy. The ACID sidebar of eight very independent features has two first films.

Also noticeable this year is the high number of films co-financed by the Doha Film Institute. Asgaard Farhadi's " The Salesman" will have its world premiere in the Festival’s Official Competition where it competes for the coveted Palme d’Or. “The Salesman” is about a couple who is forced out of their apartment due to dangerous works on a neighboring building. It is one of two Iranian films this year. The other, “Inversion” will play in Un Certain Regard.” Newly established Doha Film Institute lent financial support to two films showing in Un Certain Regard section – “Apprentice” (Singapore, Germany, France, Hong Kong, Qatar) written and directed by Boo Junfeng; and debut feature “Dogs” (Romania, France, Bulgaria, Qatar). Directors’ Fortnight is screens “Divines” (Morocco, France, Qatar) and three DFI grantee films compete for top honors in the Critics Week: “Mimosas” (Spain, Morocco, France, Qatar) by Oliver Laxe; “Tramontane” (Lebanon, France, UAE, Qatar) by Vatche Boulghourjian; and “Diamond Island” (Cambodia, France, Germany, Qatar) by Davy Chou touted as poetic and beautiful, a part of what might be a Cambodian New Wave. This New Wave from Cambodia is being helped along by the Doha Film Institute whose CEO, Fatma Al Remaihi says:

“At the very core of DFI’s film funding mandate is to contribute to World Cinema and ensure that great stories continue to be told. These projects will also inspire the young Qatari film professionals to create compelling content that will gain international acclaim.” 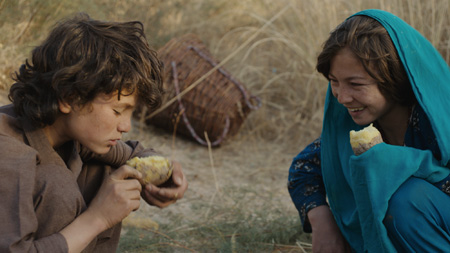 Shahrbanoo Sadat’s debut feature “Wolf and Sheep”, in Directors’ Fortnight, is about Sadat herself, who lives in Kabul and Denmark. It takes place in the isolated village in Central Afghanistan where she grew up and where young boys and girls are shepherds. International coproductions are the engine driving the film business today and this one, a Denmark-France-Sweden-Afghanistan coproduction is a prime example. Sadat was spotted previously when her 2011 short “Vice Versa One” screened at Directors’ Fortnight and was invited to develop “Wolf And Sheep” at Cannes Cinefondation Residency in 2010, which mentors emerging talent. Virginie Devesa of the international sales company Alpha Violet picked up the film here in Cannes. Alpha Violet is also selling ”A Yellow Bird” in Critics’ Week and is representing “Luxembourg”, the newest film by Myroslav Slaboshpytskiy, whose first film “The Tribe” played in Sundance and other top fests.