Posted 1 year ago by S.K. Valenzuela 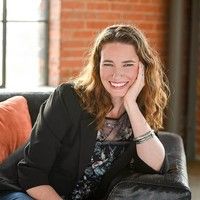 Human beings are animals that tell stories. And like so many other things that come naturally to us -- running, for instance -- we can improve on our natural ability through the development of proper technique. Writing is both an art and a craft, so study and practice are the keys to mastery.

And so, like Po in Kung Fu Panda or Luke Skywalker in The Empire Strikes Back, we are each on a quest to find the Master who will teach us how to become the writers we were born to be. Is it John Truby? Is it Blake Snyder? Is it Syd Field, or Robert McKee, or Shawn Coyne, or Lajos Egri? (Yes, by the way -- study at the feet of all of these great teachers on your path to story mastery.)

But who taught them the foundations of story? Who is the Grand Master Oogway, the Master Yoda?

The answer is the Greek philosopher Aristotle.

In his MasterClass on screenwriting, Aaron Sorkin observes that the art of writing is governed by rules -- the blank page isn’t just the Muses’ playground. And the rulebook for dramatic writers, he says, is Aristotle’s Poetics.

What can we learn about storytelling from rolling back the clock 2,500 years and studying the earliest extant work of dramatic and literary theory? Let’s find out. 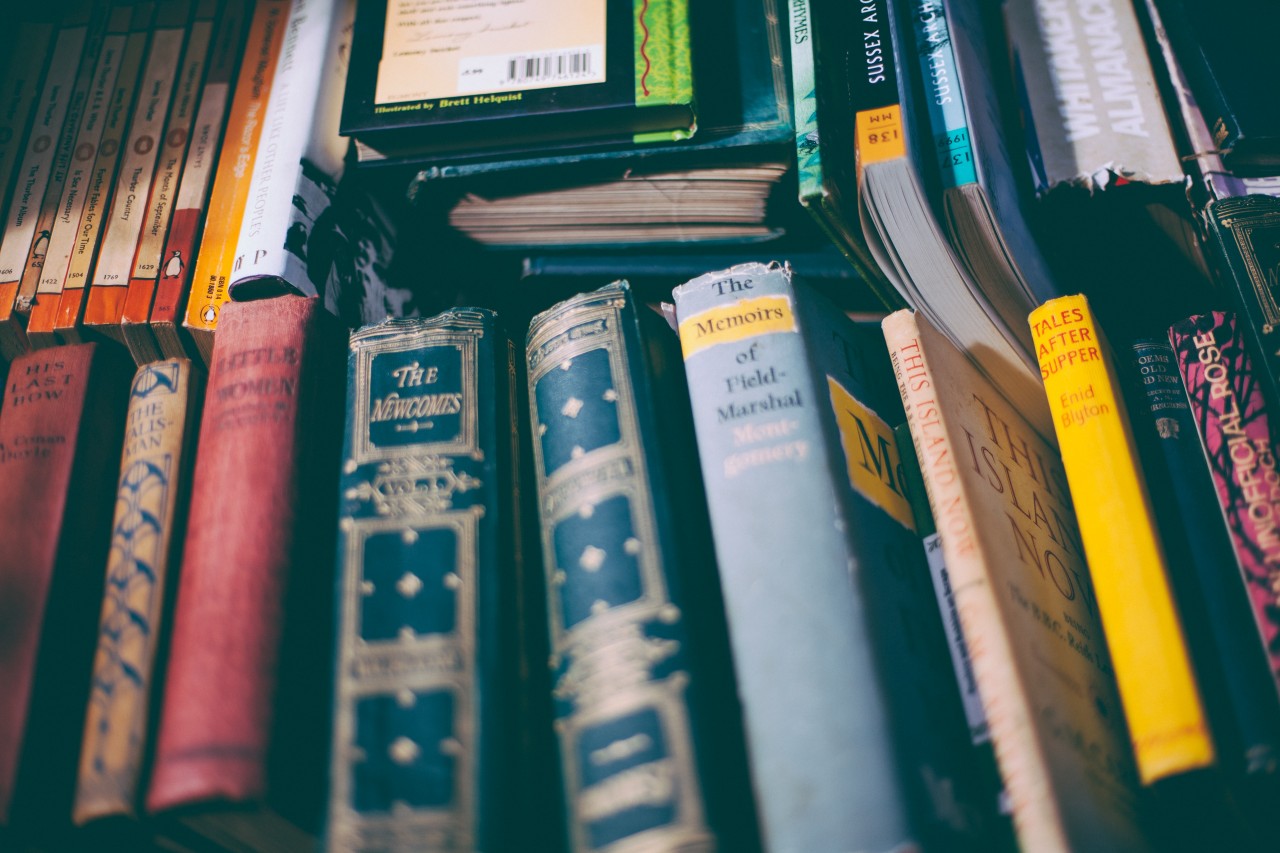 The Poetics can be distilled down into 8 basic rules. The very first one is this: artists represent people in action -- and plot is the soul of tragedy.

As a side note, we only have the tragedy half of the Poetics -- Aristotle’s work on comedy was lost millenia ago. (And that, my friends, is a tragedy.) Even so, these rules of story still largely apply, no matter the genre.

So, what is a plot, according to Aristotle? It’s quite simple: a plot has a beginning, a middle, and an end.

I understand if you’re ready to bolt for Truby’s 21 plot points or Snyder’s beat sheet or Shawn Coyne’s Story Grid at this point. These story architectures have an alluring complexity and offer appealing distinctions, but look closely. They are each organized around the fundamental plot structure of beginning, middle, and end.

This is the “wax on, wax off” lesson, Daniel-san. Trust the simplicity.

Aristotle adds two corollary rules about plot in the Poetics -- and this is the point where I see problems emerge for some of the writers I’ve worked with. “Well-constructed plots,” Aristotle says, “should neither begin nor end at an arbitrary point.” And he adds that plots should contain well-selected events that are necessary and contribute to the sense of the whole. 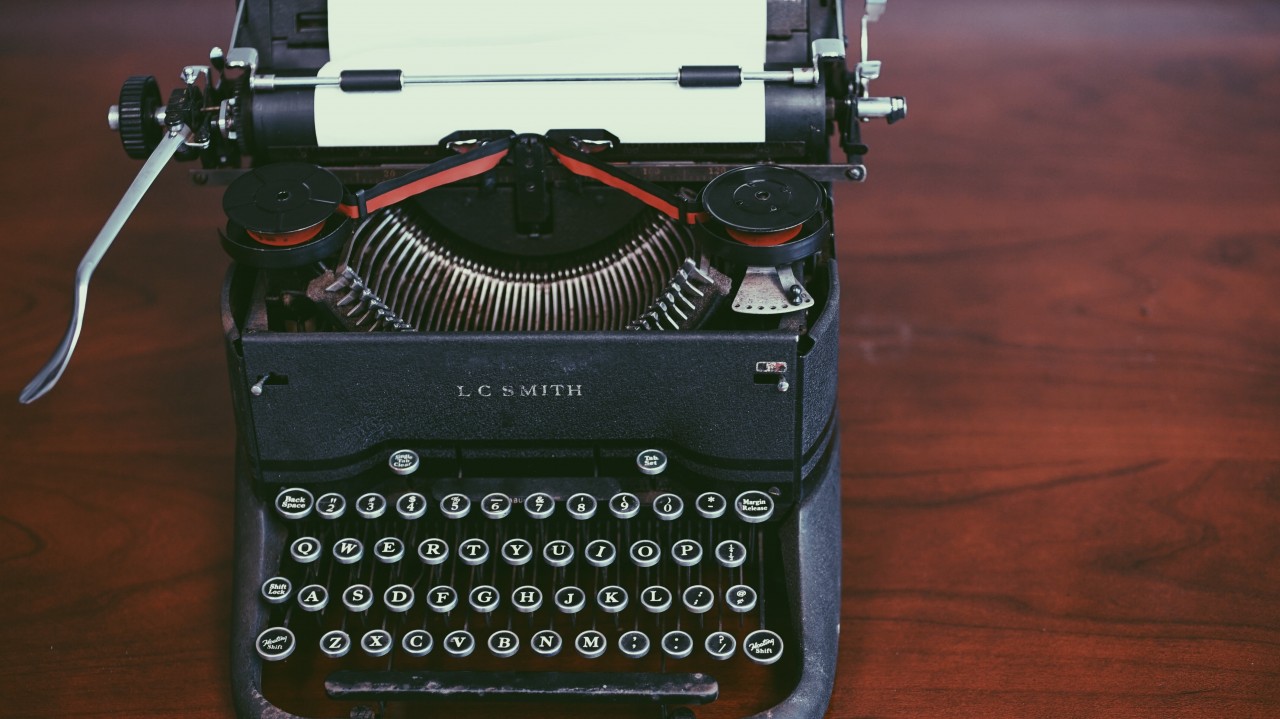 And just like that, we’re no longer in story kindergarten -- we’re in an advanced writing course. Starting the story at the right moment is incredibly important, but it’s all too easy to begin too late or too early. Start the story too late and we get no view of the main character in their ordinary world. Without this background, the audience can’t resonate emotionally with the protagonist whose world is about to end. The result: the story falls flat.

Okay, you might say. So I’ll just toss in a few extra scenes that show my hero/heroine eating breakfast or hanging out with friends. Backstory: check.

But before you write those scenes, remember the second part of the rule: events must be carefully chosen, necessary, and contribute to the sense of the whole. So that means that if we’re watching the MC eat pancakes, it better matter later on.

What about beginning far too early? I’ve seen this happen also. In this version, we spend so much time in the ordinary world -- usually in the equivalent of a “what I did on my summer vacation” style narrative -- that the story stalls out before it even gets started.

Endings can’t be arbitrary either. Remember the final scene in Casablanca, when Rick and Louie walk away, arm in arm, quietly acknowledging the beginning of “a beautiful friendship”? This isn’t arbitrary. It’s the culmination of everything that’s happened in the story. Rick is a new man. He’s discovered purpose in his life where he had none, and he’s found the courage to let go of his past. The right ending is the right ending not only for the plot arc, but also for your main character.

And this brings me to perhaps the most profound insight Aristotle has about plot: it’s ultimately inseparable from character. 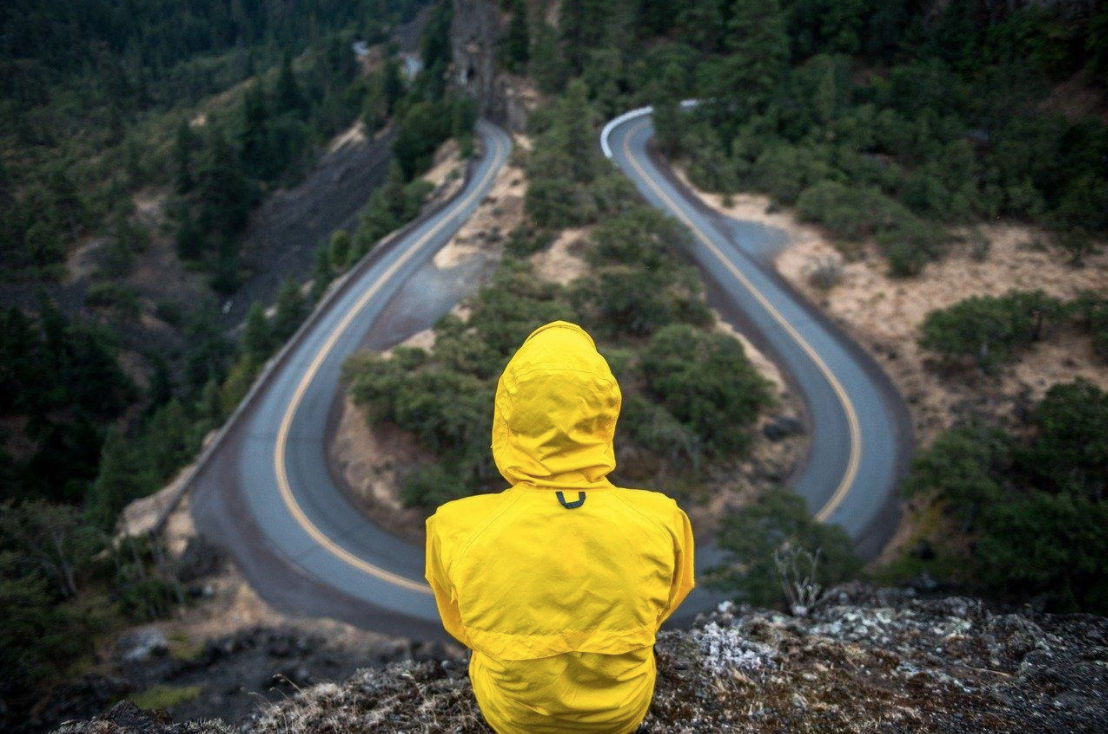 According to Aristotle, the most powerful plot tools are recognition and reversal. Let’s get a quick working definition for these terms.

Recognition is a moment where the character experiences “a change from ignorance to knowledge, leading to friendship or enmity and involving matters which bear on prosperity or adversity.” A reversal is “a change to the opposite direction of events...and one in accord with probability or necessity.”

According to Aristotle, the most powerful recognitions will also involve a reversal (Oedipus is the classic example), and complex plots will show a transformation brought about through recognition, reversal, or both. A transformation is a change in character, not just a change of direction.

Basically, recognition and reversal are pivot points. Your character understands something they didn’t before (recognition) -- and this might be enough to cause them to change direction (reversal), and maybe even to change their hearts (transformation).

The beautiful thing about this structure is that it operates both on the microcosmic level of the scene and on the macrocosmic level of the story as a whole. Every scene should involve a turn -- either a recognition, or a reversal, or both. In his outstanding book on story structure, The Story Grid, Shawn Coyne calls these “polarity shifts” and “turning points.” Every scene’s turn accelerates the revolution of the story toward that inevitable moment of shattering recognition and reversal where our hero must confront the truth and change (transform) in order to overcome the antagonist. 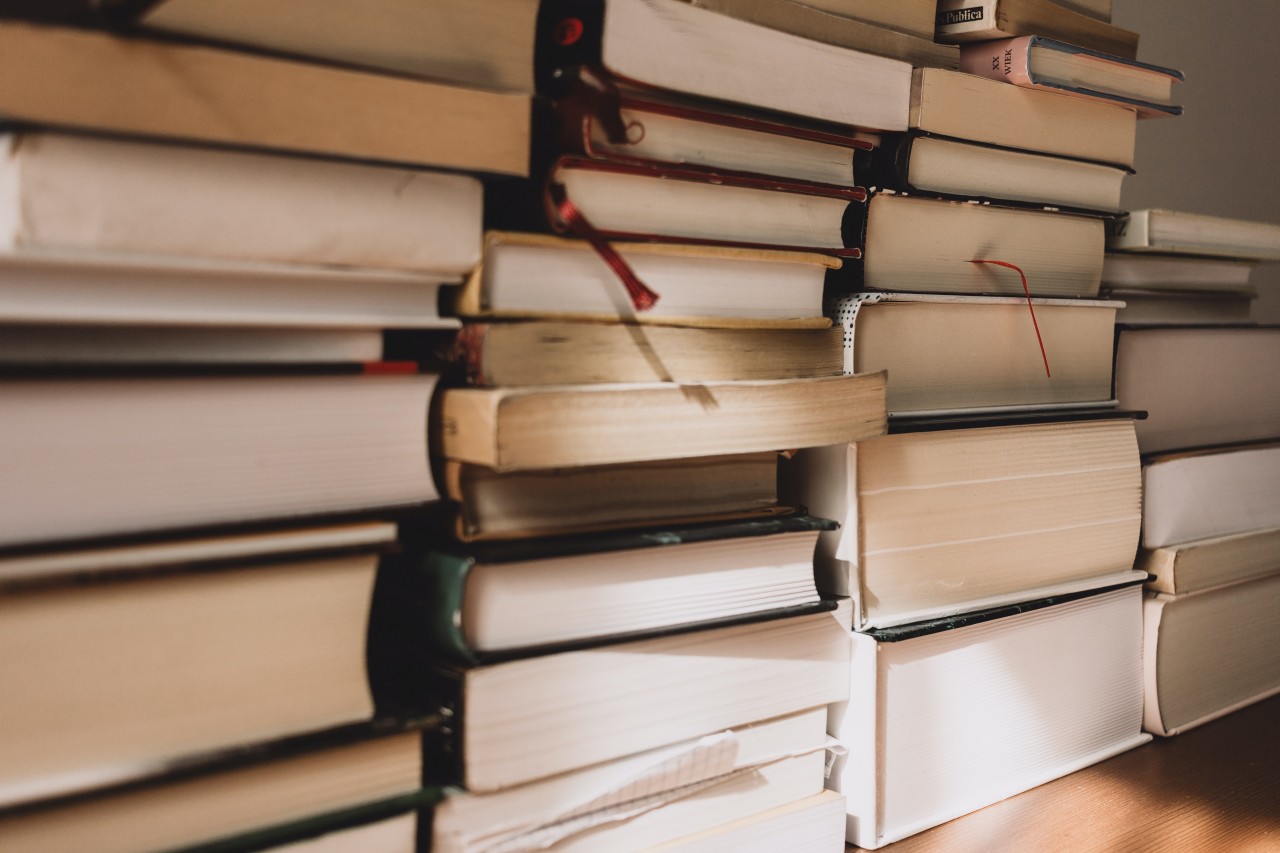 The engine of recognition and reversal that powers the macrocosmic level of story connects to another rule for character: good characters make mistakes. And, Aristotle adds, flawed characters are the most compelling.

It makes sense why this is so. We can’t have a turn or change in our characters if they’re irredeemably evil or angelically good. So, without failures and flaws, you don’t really have a story, because you don’t have a compelling character with misplaced desires and a need to change who serves as the beating heart of your plot.

To take us to the next level, Aristotle further advises writers that, for maximum effect, characters should act in ignorance and only recognize afterwards what they have done. We see this rule in operation whenever a character utters the equivalent of “What have I done?”

Remember at the end of The Hunt for Red October when Captain Tupolev tells his weapons officer to set the safety range on the Konovalov’s torpedoes to zero, and then -- after a hair-raising game of chicken -- the torpedo homes on his own sub? His officer confronts him and says, “You arrogant ass, you’ve killed us!” BOOM. That’s this dynamic at work.

Every character in your story -- not just your MC or the main antagonist -- should make flaw-based choices. Tupolev’s flaw, as observed by Ramius much earlier in the film, is that “he has little room in his heart for anyone but Tupolev.” His all-consuming desire to be the hero makes him predictably reckless, and Ramius and Mancuso use it against him. 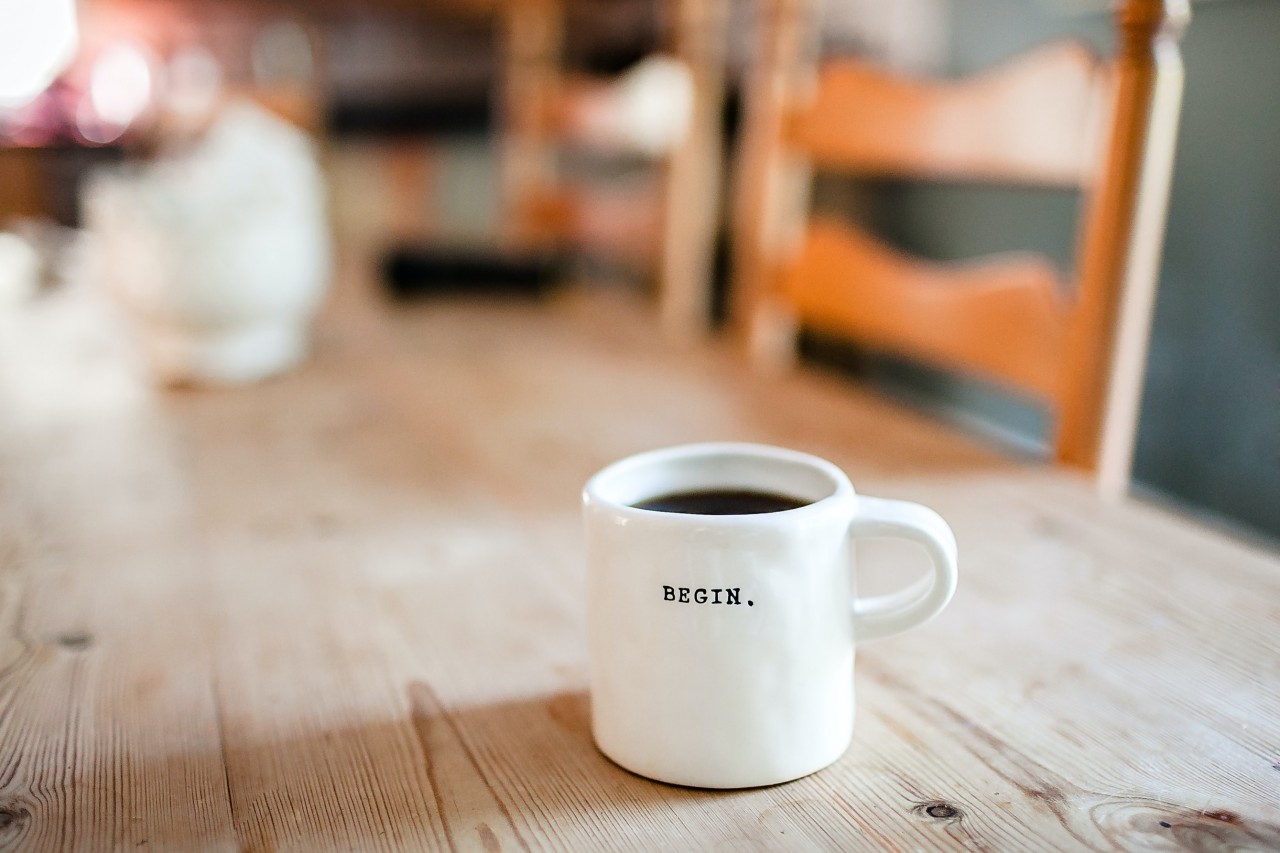 The goal of dramatic writing, as Aristotle observes very early in the Poetics, is to give the audience an emotional experience. In order to accomplish this goal, writers need to choose their words carefully. Be clear and interesting, Aristotle says. Use a blend of figurative language and simple, straightforward diction to create a dynamic mode of expression that’s engaging to read.

You also can’t move your audience if your story hitches on believability. To avoid this fatal story error, Aristotle advises writers to understand the difference between probability and possibility.

When you create a story world, you establish rules that set your audience’s expectations. Where you can, Aristotle says, operate on the level of the possible to fulfill the needs of the story -- that is, we should use events and encounters which the audience believes could actually happen. But if the story demands the impossible, it must be probable (that is, believable) given the rules of your world.

So, for instance, we believe that Ethan Hunt could actually climb up the Burj Khalifa with nothing but goggles and a pair of “sticky gloves” because he’s Ethan Hunt, and it’s the IMF...and they do that kind of crazy stuff in the Mission: Impossible world. This is impossible but probable.

We also believe that the Avengers have the powers they do because in the Marvel Cinematic Universe, those are the rules. This is also impossible, but probable.

But what if, at this critical moment in Mission Impossible: Ghost Protocol, Ethan Hunt revealed that he can climb walls like Spider-Man? We would immediately lose faith in the story. It is both impossible and improbable -- and a cardinal sin against Aristotle’s commandments of storytelling.

So, to return to my original question...what can we learn about storytelling from a 2,500-year-old Greek philosopher’s treatise on dramatic writing?

The answer is: everything we need to know to craft narratives that work.

Aaron Sorkin advises writers who get stuck in their creative process to go back to their Poetics because it’s like Mr. Miyagi’s training in The Karate Kid. The principles might be basic, but they’re utterly foundational, and if you master them, there is absolutely no stopping you.

Of course, I recommend you pick up a copy of the Poetics and read it for yourself, but if you want a one-page reference of Aristotle’s rules that you can tack up in your office, I’ve got a free one for you over at The Story Scene. 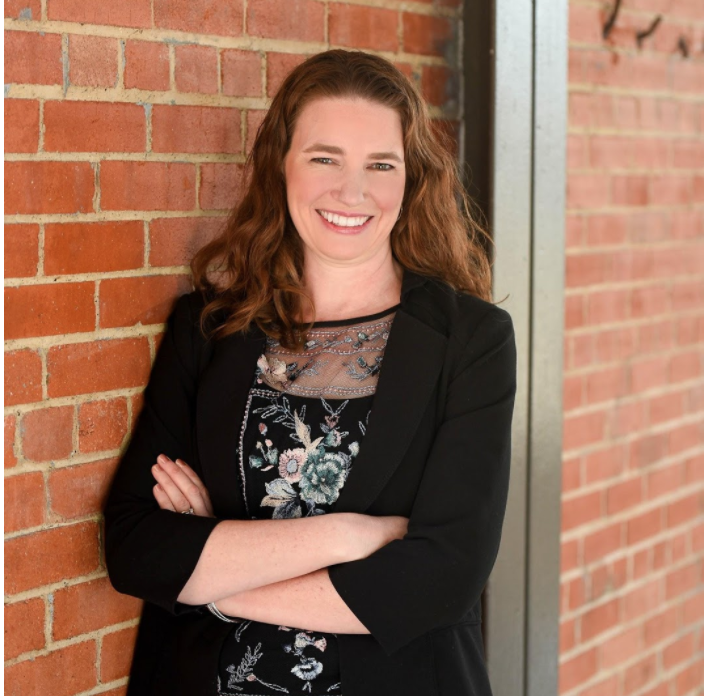 Shannon (S.K.) Valenzuela is a novelist, ghostwriter, and award-winning screenwriter. Her curiosity about pretty much everything means she loves writing research-based stories: grounded sci-fi and historical fiction are her particular playgrounds of choice at the moment, though she also loves a good science fantasy adventure.

When she’s not penning her own stories, she loves her work as a story coach and creative entrepreneur at The Story Scene. She specializes in helping new and emerging screenwriters and novelists, and she’s coached dozens of writers through their first drafts and rewrites.

She’s also the host of the Subject Matter Expert podcast, which is designed to inspire and inform sci-fi writers through interviews with scientists, thought leaders, and writers working in the genre.

In real life, she’s a university professor with a Ph.D. in Medieval Literature, so you’ll also find her in the classroom exploring the poetry of Homer and Dante. She loves teaching stories almost as much as she loves writing them. 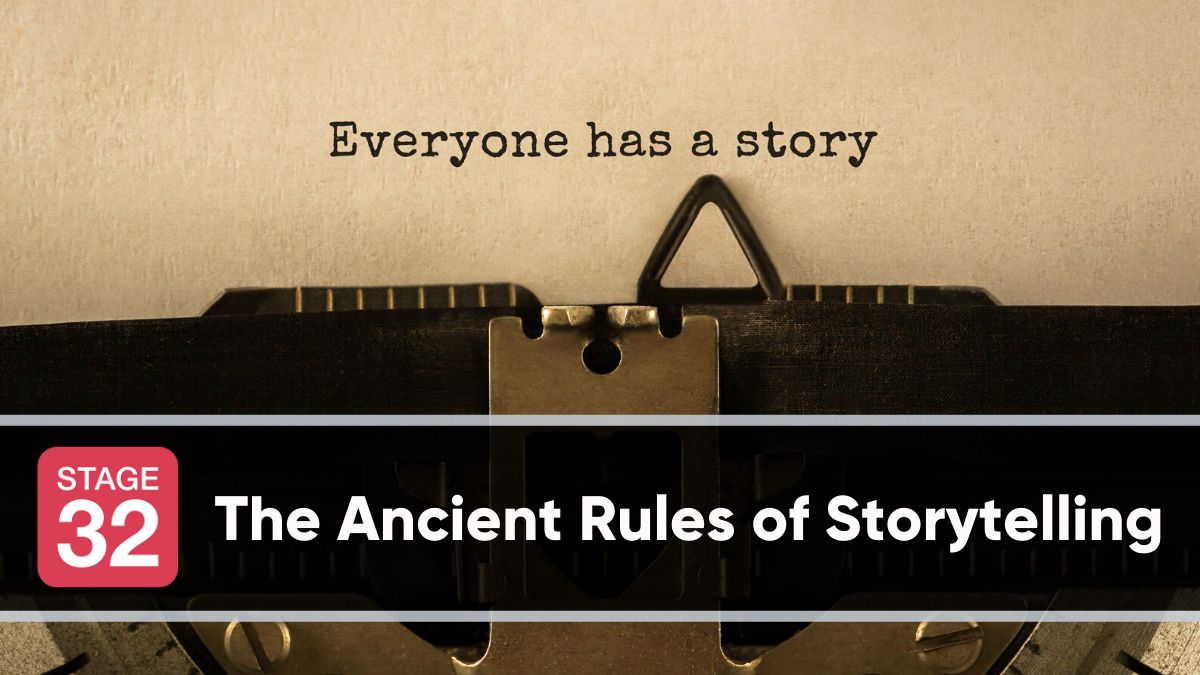