Part III: The Diary Of A Sundance-Bound Madman 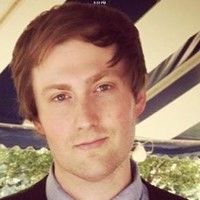 Today we bring you the 3rd and final installment of The Diary Of A Sundance-Bound Madman (if you missed Part I click here and for Part II click here).

The 2016 Sundance Film Festival is over and Stage 32 producer Ross Putman screened his film The First Girl I Loved for the first time. Directed by Kerem Sanga and starring Dylan Gelula (Unbreakable Kimmy Schmidt) and Brianna Hildebrand (Deadpool), the film received critical praise in the trades.

In addition, Ross decided to start a "little" Twitter account calling out Hollywood for the way women are portrayed in scripts (you can read about that here).  Needless to say Ross has made a splash with his first film premiering at Sundance and he's here today in Part III to wrap his experience up for the Stage 32 community.

Let's see - in his words - the conclusion of "the complete degeneration of his mental well-being."

How long was I out? Hard to tell. My lips are chapped, my throat scratchy, I can feel the crust in the corners of my eyes. Where am I? Vegas? Tijuana? I stand up, look around.
No. I'm back in Los Angeles.
After the whirlwind at Sundance, I had to lay low for a little while. A lot of the past two weeks is a blur; I remember drinks, parties, beautiful people. I remember Florida, for some reason. Actually I'm pretty confident I was in Florida for a week. It may or may not have been related to my cousin getting married. Facts are tricky, my friends.
First Girl I Loved won the Audience Award for "Best of NEXT" at Sundance; it was the only award we qualified for. It was one voted on by the viewers of the film. They seemed to like it enough to give it to us. At that point, the emotions I had been holding in throughout the week of Sundance exploded out of me. I was a mess. Thankfully, no one was really around to see it. But I cried for a few hours, I'm pretty sure. It was a great thing that happened, but honestly, it was the culmination of a rollercoaster ride that puts you through the ringer and then some.
You premiere. People watch your film. You represent that film. You get reviews. Some are amazing! Some are AWFUL! You take everything personally. You wait to see if it matters. You screen the movie more. You spend 9 days in close quarters with the people that helped you make the film. You care about each and every one of them. You're worried about the future.
And then it's over.
You put the movie out into the world, and of course there are still plenty of things up in the air like how it's going to be released and when--but honestly, your job is mostly over. You cry because the first part of the film's life cycle is over. You help raise the money, shape the script, make the film, and then premiere it at the best possible place (and win an award in the process). Now, it's not just yours anymore. It's not something you can tell people about on the horizon. It's a piece of film that exists, and has been seen and judged, and will now go on to phase two.
OK, I'm getting emotional again. But this year's Sundance was one I'll never forget (for obvious reasons).
And here's the real shame. The whole time I was there, I saw exactly one film that wasn't mine (Green Room, I'm looking at your violent, gorgeous butt).
Until next time.
Putman out.
About Ross Putman

Ross Putman is the producer of First Girl I Loved, which premiered at this year's Sundance Film Festival. The co-founder of LA-based production company PSH Collective, Ross also produced the 2014 LA Film Festival winner The Young Kieslowski. He co-produced the Netflix/Fox Digital series Bad Samaritans, and has sold the feature Eskimo Sisters to Awesomeness Films, with Danny Leiner directing. Prior to his producing career, Ross was a literary manager at Ineffable Pictures and has taught the Stage 32 Next Level Webinar "Deconstructing Guardians of the Galaxy", and the Stage 32 Next Level Class "It's All About Your "Hero's Journey"- How to Write Memorable Characters."

Ross joined Stage 32 Founder & CEO, Richard "RB" Botto at the Sundance/Jacob Krueger Studio House at Sundance for the panel "The Screenwriter/Manager Relationship" on Periscope, to watch it, click here.