The Journey of Becoming an “Overnight Success”

Posted 7 years ago by David Rountree

Today’s guest blog comes from Stage 32’er, Writer/Director/Producer David Rountree. Starting out as an actor, David came to realize his true passion was directing. He now owns and runs Psycho Rock Productions and has written and produced 5 feature films, directing 4 out of those 5.

But what David most often gets noticed for his past acting role as "The Hunk" in Britney Spears' 'Oops I Did It Again'" video and his role as the "Trucker Hat Guy" on "The OC."  Beautiful.

Here David shares his experiences working as a director, producer, and actor and explains the hard, lengthy process of getting discovered “overnight”.

I thank David for his contribution to the Stage 32 Blog.

Today is August 5, 2014. My name is David Rountree and I am ranked 5th on the Top 10 Up-and-Coming Directors under 40 on the Internet Movie Database (IMDb).

With two films of completely different genres receiving theatrical releases this year, and winning the Best Film and Best Director award at the 2014 Independent Film and Television Festival, I was recently interviewed about how I became an overnight success as a writer/producer/director. The irony is that my journey in achieving moderate success has been a long one, with nothing actually obtained “overnight.” I have been in the game for over fifteen years and actually stepped foot on my first feature film set as director exactly nine years ago to the day.

On August 5, 2005, my birthday, I began my first feature film Will To Power and had Jerry Mathers, yes, from Leave it to Beaver, sing Happy Birthday to me in front of 150 extras, leaving me wondering how the heck I ended up here. Being just day number one, I was already overwhelmed in a project that would not even see a semi-completed version for over three more years. 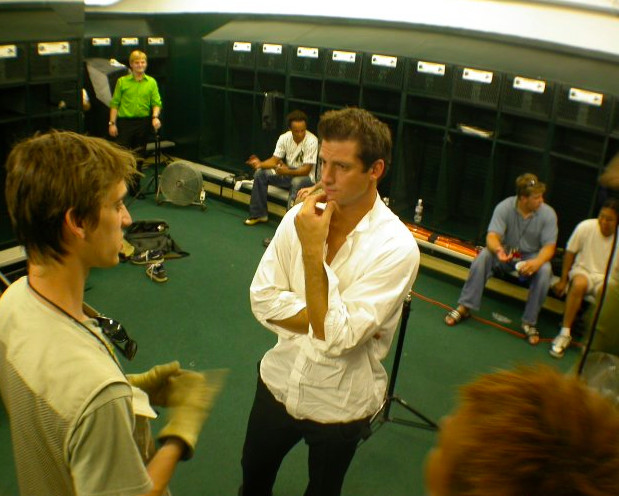 Prior to 2005, I was lucky enough to make a living just as an actor. I booked my first two commercial auditions, leaving me to believe that this was easy. However, 200 plus failed auditions later, my thought of “overnight stardom” was far from my reality. I did not work again for nearly a full year. I was determined, nonetheless, to give it a real shot and not put any time restrictions on achieving my “big break.”  What little ego I started with had diminished to a feeling of being overwhelmed and clueless as to how the industry actually worked. I did not understand how people, whom I felt were not very talented, continued to work, while there were so many unknown gifted actors who would remain jobless. The acting roles slowly began to come as I gained more experience in an acting class, which I attended six days a week. I also became a student of watching how the teacher directed each scene.

My first break came with a small part in the blockbuster movie Pearl Harbor, although if you blink at the wrong moment, you would miss my one line, which was actually heard over Ben Affleck’s face. I did, however, get to see Michael Bay work for nine days straight, which really caught my attention. He exuded so much confidence in his decisions that it was a very empowering experience.

While waiting to go on one afternoon, I hopped in a vacant chair, which happened to be Bay’s.  I felt a hand lightly squeeze my shoulder from behind and a voice quietly but firmly say “Mr. Rountree, when you direct a film, then you can have your own chair, but until then, I’m going to need my seat back?” It was this moment that I knew a big director knew my name and that I wanted my own chair.

Two years later, I was asked to co-write a short film as part of the 2004 Los Angeles 48-Hour film Festival (where your team gets an assignment and in 48 hours, a fully written, cast, produced, filmed, and edited film must be handed over).  The film, A Life For A Life, ended up winning Best Film at this Festival and was later accepted into the Cannes Film Festival.

After A Life For A Life, I wanted to try something where I had a little more creative say over the entire process. I wrote a 30 page horror short, which was shot over the winter holiday with my family and friends. I bought two small cameras and used a borrowed “dolly cart” from The Home Depot. One camera filmed while the second camera, which was used as a character prop, was actually recording audio since it was closest to the actors during the scenes. Without a sound person, this was my only way of attaining dialogue. Both cameras were actually returned to Circuit City after the movie because it was finished within their 30-day return window policy. This 42-minute self-financed, self-produced film turned out OK, but only after I fixed hundreds of mistakes. I had line-crosses, room tone changes, actors overlapping who were off-mic, inconsistent lighting, and most noticeably wrong, not enough food to feed all of the unpaid labor. 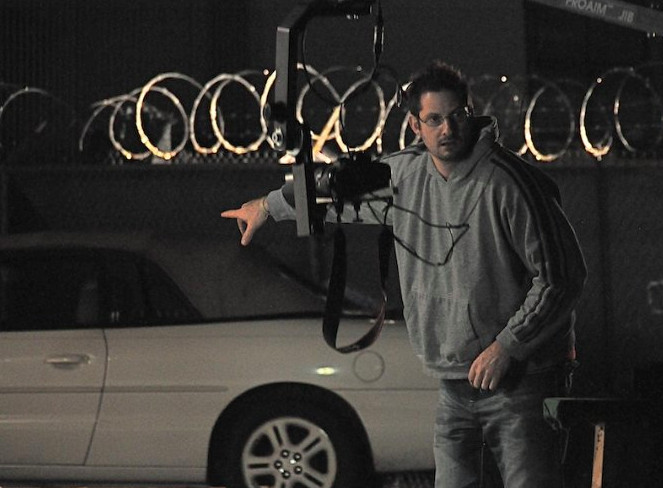 After going from a 10 to 42-minute film, I decided to write my first full feature.  This brings it back to Will To Power in 2005. After the completion of the script, I met and worked for two months on a film alongside Jonathan Breck, “The Creeper” from the Jeepers Creepers franchise. Jeepers Creepers 2 was number one in the country at the time and Breck was becoming my good friend. He read the script and offered feedback. He also encouraged me that if I wanted to make the movie that I should just do it.  He said “find a way because there always is one.” Breck later agreed to play one of the supporting leads. We shot Will To Power in my home state of North Carolina because I had access to a lot of free resources and people willing to just help out in anyway they could. However, our first day of shooting, I realized that we were still well short of the actual money needed, even though I was told that it was in the bank. I was also getting major attitude from my lead actress, an unhappy A-lister working on a very low-budget indy, and about 150 hungry extras which I had not accounted for having to feed.

Since the contract for the funding fell through the day before, I decided to take a line of credit out on my house just to keep the film afloat. I also decided to let go and recast my lead actress. My first film seemed to be one disaster after another, but somehow, it got done and I moved on.

Learning from the thousands of previous mistakes, each project after did seem to improve. Since Will To Power, I have made four other features, all of which have received distribution. I was hired to teach filmmaking at a Los Angeles school where each of my classes made 3 short films a year.  After six years and nearly 20 short films later, I found my outside work getting much better and noticed by others in the industry.  I wrote/produced/directed a Dorito Superbowl Challenge commercial, which was a top 5 finalist, out of over 6000 entries in their competition. From that, I was asked to do other spots giving me a current resume of directing and producing a couple dozen commercials for national brands like Sprite, Pepsi, Netflix, Dish Network, Sauza Tequila, and Yamaha.

Now, in 2014, I have made two features to reach theaters. The first was 108 Stitches, a Romantic Baseball Comedy co-written and produced by Jake Katofsky (Stage 32 member) and starring Golden Globe winner Bruce Davison, Larry Thomas (Soup Nazi from Seinfeld), Allen Maldonado (The Equalizer and Black Jesus), Erin Cahill (Red Widow and the Pink Power Ranger) and Last Comic Standing Winners Dat Phan and Josh Blue comes to theaters and all of the VOD outlets in September.  The second was CUT!, a dark psychological thriller, which won at the Independent Film and Television Festival,  starring David Banks and Chris Moir (also Stage 32 members), Dahlia Salem (ER), Sam Scarber (Karate Kid and Over The Top) and Suze Lanier-Bramlett (The Hills Have Eyes 1 and 2) which comes to theaters in Late November and will hit the VOD circuit in early 2015. 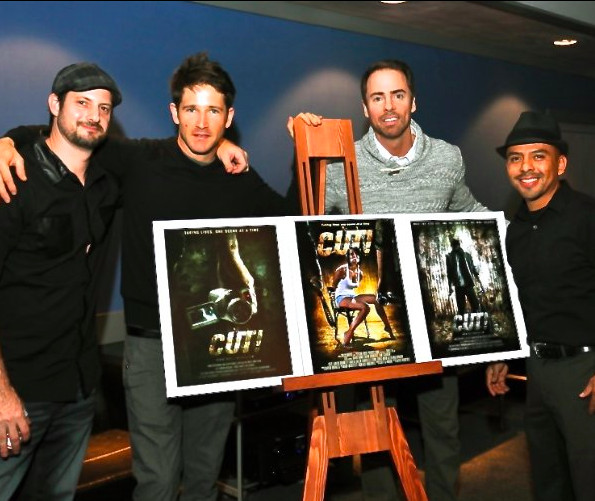 Since joining Stage 32, I am honored to receive all of the emails asking for my opinion and advice. I have come to realize that everything is a process. So many people are working on multiple projects, which will never be seen all the way through. Find a way to see it to the end.  Set a goal deadline for yourself and stick to it by figuring out what steps you have to take to get it done. Even if you are not able to make it as professional as you hope, you can still find a way to get a version of it done.

For the screenwriters, have people read it aloud so that you can hear the words and always be willing to listen to other opinions along the way. Love is blind, but the neighbors are not.  It’s easy for a writer to become too close to a script that they can no longer have an impartial opinion. For the actors, do as much work and gain as much experience as you can.  If you can’t find work, create it and put yourself in front of a camera. For the producers and directors, make sure your crew is happy. They will work much harder for you, especially if they are well fed. By the time CUT! finally gets out, it will be ten full years and thousands of mistakes in becoming  the “overnight success.”

I wish everyone the very best of luck, and thanks for reading.

Feel free to share your thoughts - David is available for remarks or questions in the Comments section below... 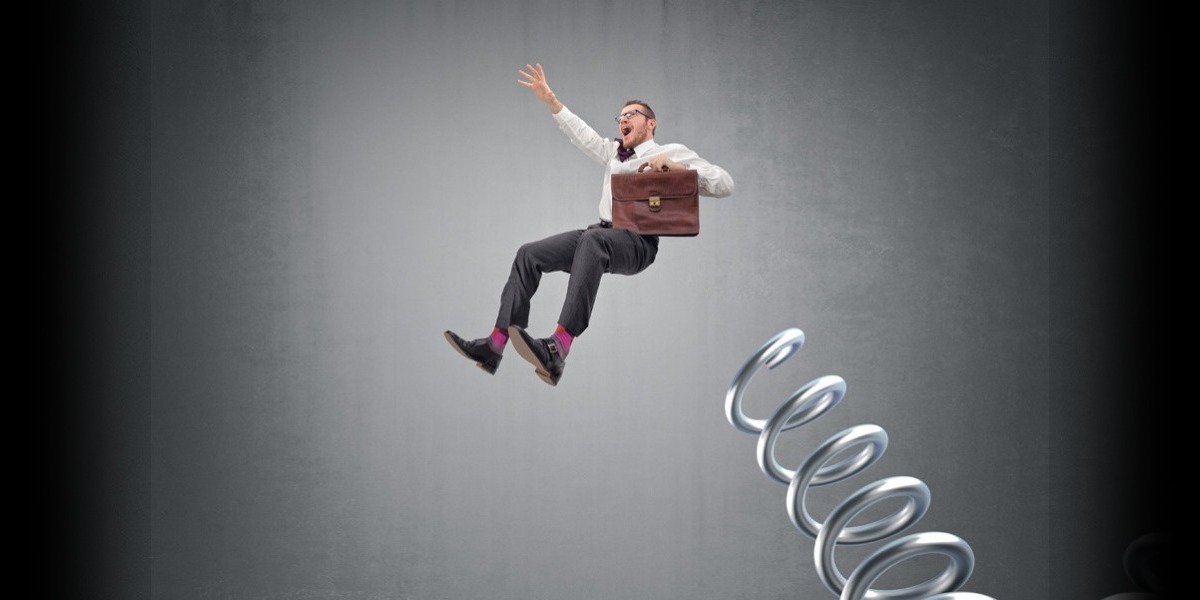