The Only Rule Is Success - 3 Lessons I Learned

Posted 6 years ago by Talece Brown 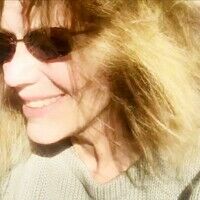 The Only Rule is Success.

Sounds easy, right? Not always, but it is something you can trust.

I was taught three things growing up:

1) You can be anything you want to be if you are willing to work for it.

2) You have a gift and talent, learn your skills.

3) The questions are what is interesting, the answers are all around you.

My life began on a beach in South Texas, with a family from a farm and a college town in Arkansas.  I always knew what I wanted - to get to LA, and the first thing I realized was how was I supposed to get to LA from Padre Island?

The second thing I realized was, that we weren't rich. At age four I also realized that we were on the wrong beach and that I couldn't drive to the promise land of LA.

I was in the swimming pool one night, staring up at the palm trees, explaining the problem to God and he replied...

"You are right where I want you, I have a plan, now get to work".

Now let the success lessons begin.. You can work anywhere. It doesn't have to be LA. So let's take this in acts of my creative journey and what lessons of success I've learned...

I was on the air at the local rock radio station in Fayetteville, Arkansas and acting in plays at the University of Arkansas while in high school. I have a voice, it’s my 'day job' and I was playing leads in the classics, so I was learning. Using my voice on the radio led me to Dallas, TX (a little closer to LA! where I was able to book more stage, commercials, voice work and television news. I ended up with ABC Network Satellite Radio and NBC News. I learned that day in and day out you have to plug along, no day will ever be perfect. But learn from your mistakes - no one in our industry wants to hear how you nailed it, it’s the screw ups we love and learn from. Let me explain...

There are a few things in Dallas that are sacred. One of them is the Kennedy shooting. At age 19, very early one morning while rapidly typing out my three times an hour news break copy, I had to lead with a story about a Kennedy reenactment that had shut down traffic. Open mic, live, I stare at the copy in front of me and see an incredibly long word consisting of lots of a’s and s’s, I was trying to say 'assassination'. After saying, "ass, ass, ass, uh sass", my mind went blank. I spoke outloud into a stream of consciousness about Kennedy that certainly shouldn't have been said on air. Headphones on, I could hear the sound of glass breaking as coffee cups were dropped in the break room down the hall. In the circle of windows surrounding me, the 'Gods of the Industry', the morning jocks, the sports anchor, the engineer and the producer arose from their seats and turned their gaze from the monitors to me shrinking behind my mike. But, I picked up and recovered confidently moving to the next story. I didn't let it roll over me and I moved on.

If you are doing voice work, relax. You can’t do worse than what I did. Have fun, use your talent, love the talent around you. We have all been there.

I admit it. I hated soaps, sitcoms, episodic. I simply could not understand the characters and 'hell' to me was playing the same person over and over. I believe that working as an actor is about who you trained with, basically the sorority/fraternity of drama. Actor Adam Roarke came to Dallas and I was sent to meet with him. After an audition with his assistant, who ran down the hall to bring him to meet me, I confidently said, (with visions of Sophie’s Choice, Out of Africa, Lawrence of Arabia) "I have been sent to you. Get me ready for LA!"

He reached out his hand, which was covered in full sleeved tattoos and like any good Southern Girl, I fainted. Adam caught me and I vaguely remember him muttering, “I’m going to enjoy this.” I auditioned for him and 20 minutes later, he thrust a script in my hand and I found myself on the sound stage. I had memorized my lines and the camera was rolling. Adam then called "cut", came out of the darkness and reached for my hands as my right leg was thumping like a rabbit. He said. “You are a film actor.” Then he paused and smiled tenderly and said “Learn to love the process”, pause......”Now, do it again.” Adam's fraternity was the NY Robert De Niro, Peter Fonda, Jack Nicholson, Roger Corman gang of maniacs. To learn, I asked him what part he regretted turning down. He said, “Well, there was Easy Rider, but at that point I just saw it as another biker movie and we all hated Dennis and Star Trek, but I just couldn’t handle wearing the same uniform every day". In the end, Adam got The Stunt Man and worked with Peter O’Toole.

You never know who you will have the opportunity to work with and learn from. Adam taught me the ropes and helped me grow as a talent.

I finally made it to LA. Before my acting coach Roy London died he said to me, "you are an actor, never stop working". So, I listened. I was doing Hurly Burly on Sunset to try and get an agent and after we wrapped, I took a month off from LA and then went to Sundance. The industry was changing and Redford helped lead that charge with Sundance. I had a vision of a film that I could not get out of my head, but I didn’t know how to write a screenplay. I was always the girl on a mike, and, once I moved to LA, on set and in front of a camera. But, now, as we creatives evolve, I wanted to write.

So, I wrote. I wrote in a barn in Arkansas, I wrote in cheap hotels, I wrote pulled over on the side of a highway trying to get to a commercial gig to pay  the bills. I wrote. I was fortunate enough to sign a deal where I had to write three scripts to honor a five year contract. $15.5 million was the budget for first film. I couldn't have been happier. Then, the market crashed in ’09 and my financiers folded. Now, I was broke with scripts. Then, a year ago, someone sent me an e mail inviting me to Stage 32. Terrified that no one would want to talk to an actor who wrote screenplays, I started networking and pitching. I didn’t know what a pitch was. You can relax on that one too, I got a report back from one pitch that was so bad we framed it.

Writing. We are the window to the world and their mirror and dreams and ultimately, they are ours. What a privilege.

Stage 32 is remarkable because no matter where you are on your path, someone is there to help you get to the next rung on the ladder, brush off your skinned knees and celebrate the moments that you and this family of talent that wants to give something great to the world, will understand.

Trust your path, it is uniquely yours. Crashing out. I surrender.

This is my first blog. I am honored and scared. I was taught the more you know, the more you don’t know, so don’t proselytize, be quiet, learn, listen.

Be great. Be YOU and thank you to everyone in this community for inspiring me to be better.

Los Angeles based Talece Brown is an actor, voice-actor, producer and writer. Talece has appeared on television shows 24, The O.C., Criminal Minds, The West Wing and films Bugsy, Hoffa, Spiderman and Bandits. As a writer/producer Taleces bring the project in on schedule, under budget and turns a profit.