Posted 7 years ago by Laurie Ashbourne

Richard "RB" Botto
People often ask me how they can best use Stage 32.  They ask why they should bother networking with people not in their area, whether there's anything to be gained by completing their profile, or whether it's worthwhile to post in the Stage 32 Lounge.  They wonder what's in it for them.

I've been giving a lot of thought recently about writing a blog on the subject until I discovered one had already been written for me, and, I might add, more eloquently than I had envisioned.

Today's guest blog comes from screenwriter, screenwriting supervisor, producer, long time Stage 32'er and friend, Laurie Ashbourne.  This blog actually started as a Stage 32 Lounge post, but I asked Laurie if we could post it here on the blog and she willingly agreed.

A little about Laurie...

After seeing Who Framed Roger Rabbit in an old theater in Philly, Laurie knew that she had to be a part of that process.  Within 6 months she was in Disney Feature Animation's new studio in Florida working on a Roger Rabbit short and The Little Mermaid and through the production of Lilo and Stitch.  Leaving that cocoon to both create and own her work, she quickly segued to live action and documentaries as a writer, producer and script supervisor.  Currently Laurie is ghostwriting 2 features, producing 2 features in development (through connections made on Stage 32), and a documentary she served as producer on just won a special jury award the New Orleans Film Fest. As if that wasn't enough, Laurie has an illustrated middle grade novel in editing and has just outlined 2 new scripts, all while running her day-to-day story development and script coverage services.

I can also add that Laurie is a master networker.  She creates opportunities for herself by getting herself and her work out there both online and in the so-called real world.  She knows of what she speaks.  The evidence lies below.

I thank Laurie for her contribution not only to the Stage 32 Blog, but to the community at large.

RB
Whether you're new to the site, a lurker, or a fairly active participant in the Stage 32 community, the question often arises as to how best to navigate the waters of all that is Stage 32. After coming off a mind blowing week at the Austin Film Festival, as I processed all (that I remember) happening – somewhere between laundry, writing, catching up on correspondence and making sure that the pop-up zombie's fog was coming out of his mouth and not his armpit – it occurred to me just how much this site - if worked to capacity - functions like a film festival/creative conference.

I’ll use the Austin Film Festival and Conference as reference, but really if you’ve ever been to, or wish you could afford the massive expense to go to, a film festival or other creative conference such as London SWF, Siggraph or SXSW the basis is the same.

At these gatherings the festival portion showcases work that was hand-selected among countless entries. While the conference portion consists of panels of insight and sometimes instruction by forerunners in the industry such as directors, writers, producers, managers etc.

Some conferences have floors where businesses related to the industry hawk their wares and let you take them for a spin. At Austin this is a very tiny contingent, but there was some healthy debate going on about screenwriting software in several bars, where the Final Draft guys held their ground – it was quite impressive.

Outside of that, these events are all about the parties and social opportunities. So how does this relate to Stage 32?  Let’s look at the sections of this site as they compare to a festival/conference:

Webinars on Stage 32 are like the panels; and just like conferences, some are premium for the access they provide and frankly, the ones here are even more intimate than the ones at a conference and you don’t have to wait in line.

Pitches on Stage 32 work very much the same in practice but again, the access here is much more intimate and direct. The pitch finale party at AFF was so crammed I know I lost a toe at least once and could rarely see the people pitch.

Reels and scripts in your profile are like screenings or showcases without the hurdles to jump through, but just like screenings, you need to put the word out and invite people.  For writers, your connections are a delicate balancing act. You wouldn't stand in the middle of a cocktail reception and scream, “Why won't anyone read my script?” But if you strike up a conversation with someone at the bar, you may very well agree to exchange scripts.

Introduce Yourself (and Introduce Yourself Weekends) on Stage 32 is your chance to hand out your business card and meet someone in the bar. Again, you wouldn't walk up to someone, shake hands and immediately launch into your memorized logline (at least I hope not – it does happen though).

Jobs here are a bonus really -- that you don’t get much of at theses events although it does happen via organic means, I was offered two gigs last week and had to turn them both down due to time constraints.

Collaborations pop up on Stage 32 all the time and most come from lounge discussions, (I know that’s where all of my work that I get on here comes from) which is probably the most important component of navigation here and at conferences.

It’s quite simple really. One of the most common questions I heard while at the Stage 32 meetup in Austin was: “Why should I accept this person's connection?” They’re far away, not in my field etc.

Which is where the Stage 32 Lounge comes in. The central hub in Austin is an old hotel with a really big bar, I mean it takes up an entire floor and is complete with cozy loveseats, chairs, and the usual tables etc. In every nook, there are piles of people, deep in conversation about every aspect of their careers and sometimes their lives. I consider these nooks like the topics of the Stage 32 Lounge. With the exception of a few, most attendees don’t really know each other so they just sort of pop into these nooks of conversation, and that’s what you should do with the lounge topics here on the site.

In the bar at AFF, a colleague slid over for a man who was a friend of a producer they worked with. When we were introduced I learned that he was with a medium-size city’s film commission. Honestly, my first thought was, that’s nice, but not particularly up my alley, nonetheless we exchanged business cards – in other words, we accepted each other’s connection. The next night, in the same bar, the same man came along with another man who was a high school buddy of the same producer friend and slid into our nook of eclectic people. Again, I thought, cool but so what. I didn't realize he was even in the industry. I got to talking with the film commission guy and learned that he was a huge supporter of a director on a film I had at the festival – in fact, he gave generously to the Kickstarter campaign for the post-production funds, and he said that he would be happy to look at any future projects I had in the pipeline (2 of which that I will be raising funds for and I went on to tell him about). How cool and random is that? But there’s more; later that night, at a different party, that high-school friend of a producer of a friend from God knows where – turns out, he’s a distributor and so it goes…

So, two people whom I would have never thought to reach out to turn out to be really fantastic connections in a lounge setting.

At AFF, I walked away with connections, job offers, one of my films being a huge success, meeting a relative who is no longer a relative but still a friggin' incredible person, successful writer, and someone who in a short time gave me the push to dig into the raw material of life and make it something spectacular – we grabbed lunch – after I introduced myself.

How can that happen on Stage 32 you ask? I can tell you first hand that I have re-connected with old friends and co-workers on here just by seeing their names pop up in a lounge discussion or on the home page. It doesn't have to take a days long bender through a bar to pop in on these discussions regularly. Personally, I visit the home page once a day (unless I’m on said days long bender), the Lounge topics that interest me once a day and read the Stage 32 Blog. It’s no different than cutting through a crowded bar and contributing to the conversation.

It's that simple and that game changing.

Enjoy your Stage 32 Festival and feel free to introduce yourself (we may be related). 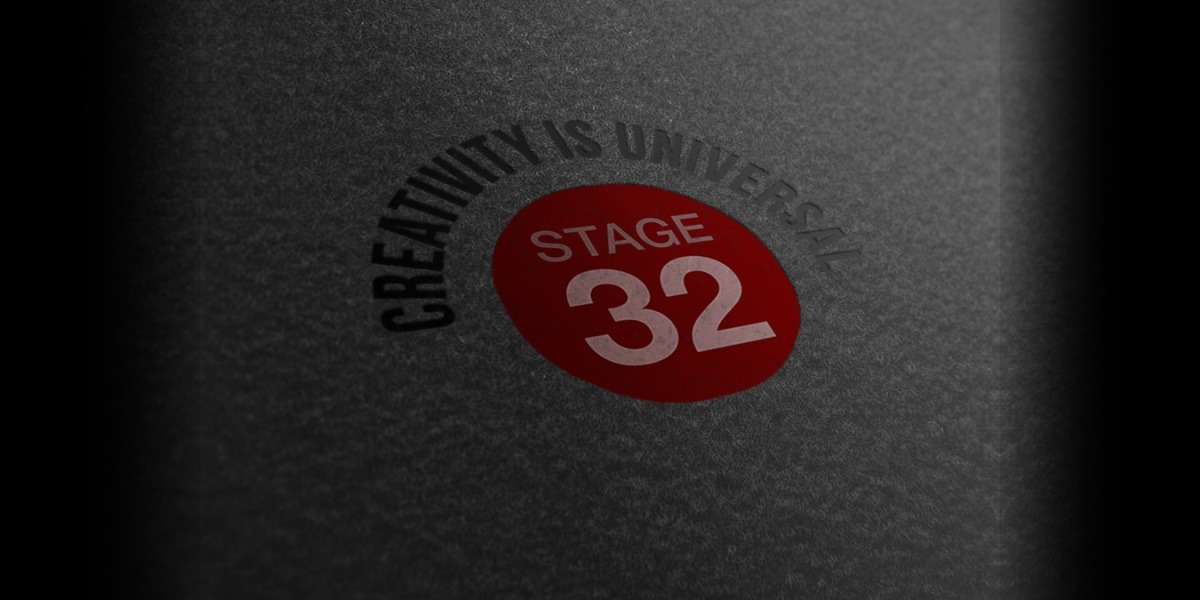