Posted 2 months ago by Maurice Vaughan 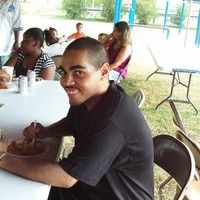 Happy Monday, Stage 32 Creative Family! Trust me, it's Monday.  It has been a tumultuous 2 months, but it is starting to feel like there is a light at the end of this tunnel. The entire Stage 32 team has been grateful to be a source of motivation, inspiration, education and networking during this time.

While we may have had to be distant during these trying weeks, it didn't mean we couldn't be social. And Stage 32 member Maurice Vaughan proves that even while we are stuck in our homes, the opportunity to connect with filmmakers, producers, screenwriters, and fellow artists all over the world is stronger than ever!

In fact, Maurice has been hired to write scripts for producers and filmmakers he connected with through Stage 32! Maurice is proof that we are only limited by our imagination and our desire to connect with likeminded individuals. I encourage everyone to follow Maurice's lead and take this time to reach out across the globe to connect with members.

You are here because you share a passion, and a stranger is simply a collaborator you have not yet worked with. After you hear from Maurice, jump into the Stage 32 lounges and connect with your fellow creatives!

Take it away, Maurice!

I'm Maurice Vaughan. Before I get into what this post is about (networking), let me tell you some details about my screenwriting career and what I like about Stage 32. I'm an experienced, non-union screenwriter who writes within various budgets and genres. I mainly write micro-budget scripts and low-budget scripts. I've written many scripts over twelve years.
I've written scripts based off the ideas of various directors and producers, and I've rewritten their scripts as well. Many of these projects were "no-budget" or "micro-budget" projects that didn't get made (for different reasons). I've written coverage for scripts (for writers, directors, and producers). I wrote a short anthology story titled "Candy Ban" for the Horror book, "31 Nights of Halloween." This book was published by Rainstorm Press.
I co-wrote “Streets of the Dead” (produced short script) and “Jackpot" (produced feature script) with director/producer Justin Smith of Jaylin Films.
I can't remember how I found Stage 32, but I'm glad I found it. Stage 32 is a beneficial place for writers, filmmakers, etc. It's easy to use, and I like the design of it. I like that Stage 32 has so many services in one place (pitch, script notes, webinars, etc.). I'm currently writing a feature script and I'm planning to look at the services once I finish rewriting and editing it. 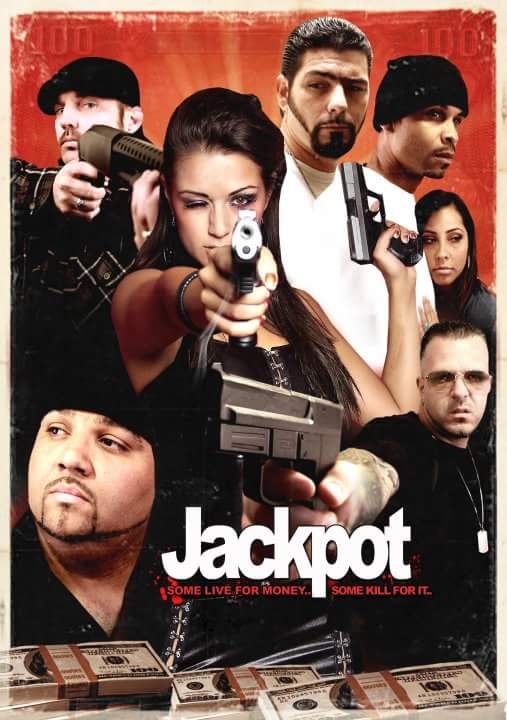 Feature film "Jackpot" written by Maurice Vaugh &  Justin Smith of Jaylin Films
Now to what this post is about: Networking. Networking is a major key in the career of any screenwriter, actor, filmmaker, makeup artist, agent, editor, etc. I've already received three paid screenwriting jobs in 2020 and two of these jobs came through Stage 32.
The first screenwriting gig came through Stage 32. I was hired by Charles Portillo in January 2020. The job involved me rewriting and proofreading his Horror feature script, "The Boogieman Comes on Halloween." I didn't receive writer credit. It was a paid ghostwriting job.
The second screenwriting gig also came through Stage 32, when I was hired by Christophe Anagnostopoulos in March 2020. The job involved me writing a contained Psychological Horror/Thriller script, "Weird Noise." Because the script I wrote for Christophe is in pre-production, I'm afraid I can’t reveal the storyline or too much about the film.
I've also connected with Todd Schowalter on Stage 32 and we are now writing a short script together. Since the short script I’m writing with Todd is being written, I can’t reveal the title, the storyline, or too much about the film.
I'm getting a co-writer credit.
I also connected with Stage 32 member Michael Goldbaum and sold him 4 short scripts!
I'm telling you about the three screenwriting jobs, the short script I'm co-writing with Todd, and the four short scripts I sold, because I want to motivate you. If you want to receive jobs (screenwriting, filmmaking, etc.), if you want to get your scripts read, if you want to sell your scripts, if you want to get your movies watched, and if you want to collaborate with people on projects, network!
Message people and comment on their lounge posts. Check out their work, movies, trailers, etc. Offer to read their scripts. Ask about their projects. Offer to give feedback on their work. Tell them about your projects. Ask if they're looking for writers, directors, etc. Show them your reels. While on Stage 32, I've made many connections, received requests by filmmakers to read my scripts, etc. Why? Because I networked.
Some of your networking will go nowhere, but that shouldn't stop you. Continue networking. I networked on Stage 32 and other job/project websites for a while, and I didn't get any jobs, requests to read my scripts, and collaborations, but I kept networking.
Stage 32 is a virtual city that's full of screenwriters, filmmakers, set designers, stunt performers, visual effects artists, etc. There are plenty of opportunities for paid and unpaid jobs. There are plenty of opportunities to get your scripts read, to get your movies watched, and to collaborate with people. Network, network, network.
And be polite when you network. Being polite is very important.
If you want to know more about networking, please check out this blog by Stage 32's Kay Ross, by clicking here.

There are now 2052 blog posts for you to enjoy. Search them all by tags below.

Coffee & Content - Filmmaking Lessons from the Director of "Shazam!" & Seth Rogan Explains How to Write a Movie

7 Things I Learned From Making My First Feature Film