When to Bring On a Crowdfunding Campaign Manager 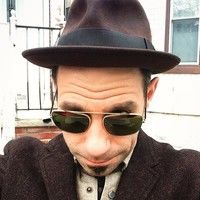 Crowdfunding for independent film has grown up quite a bit since the very first edition of Crowdfunding for Filmmakers came out in 2013, and as such, those who partake in the privilege of inviting a crowd in to fund your latest movie must adapt to the changing landscape. As Pearl Jam’s Eddie Vedder sings, “It’s evolution, baby!” and one such evolution has been the advent of the campaign manager. 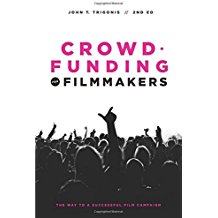 Yes, crowdfunding’s a booming industry, one that has spawned an ecosystem all its own: people who have made it their jobs to handle every facet of your campaign for you. They strategize the campaign trail, organize the assets, secure exclusives and other press, schedule social media outreach, set up interviews, post updates to the campaign, and oftentimes work with you up until the campaign has fulfilled its incentives to make sure your backers have had a Grade A experience with your campaign.

In terms of fees, campaign managers typically take a retainer upfront and a percentage of the total funds raised in the campaign as payment. And as you might well imagine, this is quite a lucrative business because, after all, crowdfunding is a full-time job, and if you don’t have the time to make campaigning your nine-to-five, you hire someone who can. 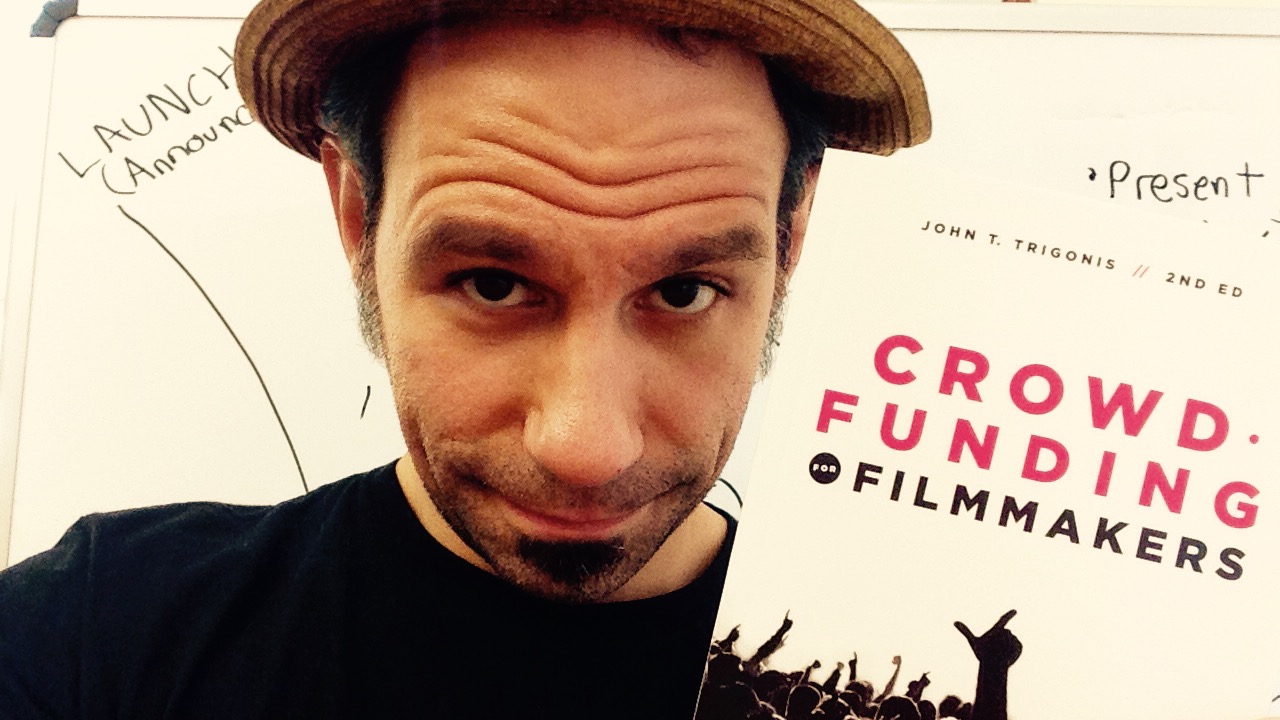 The fact is that the majority of campaigns that raise $100,000, and especially the $1M ones, are completely run by campaign managers. No, director Rob Thomas did not run the Veronica Mars Kickstarter; Wil Wheaton was the face of the Indiegogo for season three of his hit YouTube gaming series TableTop, but he wasn’t the one pulling the strings making things happen from day one to almost triple the campaign’s $500,000 goal; and Alan Tudyk and Nathan Fillion were able to do press and promote their Indiegogo for Con Man because there was a campaign manager working diligently behind the scenes keeping this multimillion dollar web series running smoothly. There are even some film campaigns out that have entire agencies working on various aspects of their campaigns.

There are others, however, that do extremely well without a campaign manager on board, like the Indiegogo for Don Bluth and Gary Goldman’s Dragon’s Lair Returns, an animated movie based on the groundbreaking video game from the 1980s that introduced gamers to 2-D animated gameplay. Don and Gary had originally launched a Kickstarter for $550,000, which they discovered needed a reset shortly after launch because of their overpriced rewards and little knowledge of what crowdfunding can and cannot do for indie film. They switched to Indiegogo, listened to their fans, and worked very closely with me to help strategize the Dragon’s Lair Returns campaign. By setting a more modest goal of $250,000 and being open to putting in the full-time work a campaign demands, they were able to hit that target quickly and continue journeying past their original Kickstarter goal of $550,000 with Indiegogo’s InDemand program, which allows a campaign that hits its goal open indefinitely. 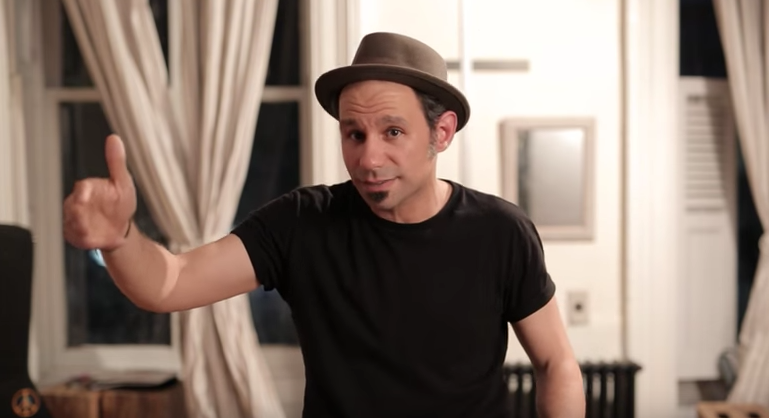 When searching for a campaign manager, you want to find one who has some sort of a track record. That doesn’t mean if you’re looking to raise $100,000 for your film and you meet with a campaign manager who’s never had a campaign raise more than $60,000 that you shouldn’t entertain him or her with an interview. Remember, many campaign managers are still starting out, and raising $60,000 is still a lot of money.

Crowdfunding is something that all campaign managers are still figuring out as they go along, and anyone who says different is just shielding her or his ego. I learn something new with every campaign I work with at Indiegogo.

That said, a good campaign manager (and I am very particular with what I consider “good” with regard to campaign managers) should have a solid foundation in traditional fundraising while at the same time being on top of the trends for making crowdfunding easier for the campaigner and more enjoyable for potential backers.

He or she should be well versed in Amanda Palmer’s Art of Asking and the craft of Gary Vaynerchuk’s Crush It! and hold firmly to Tony Hsieh’s sensitivity to Delivering Happiness. A potential campaign manager should be one part logistical, one part creative, and all hustle. She or he should understand the basics of digital marketing (Facebook ads and promoted posts, Google AdWords, and other forms of digital marketing), especially for campaigns looking to raise $500,000 and up, since without some money spent on digital ads, you can’t expect to hit those high amounts organically through simple social media outreach.

If your candidate doesn’t have all of these boxes checked, that’s fine. But a potential campaign manager should at least have the sense to hire people who do have the tools he or she may be lacking, to best serve you and your film campaign.

THE ABILITY TO BUILD YOUR AUDIENCE

It’s one thing if you can find a campaign manager who can help you raise the $100,000 to $1M you’re looking to make your movie with, but it’s another thing to be able to raise an audience that has awareness of your film. A good campaign manager should be able to do both. Remember, the crowd must always come before the funding; a $200,000 raise from 8,000 people is much more impressive than $1M from 1,500 because it’s a more accurate barometer of how much support your indie film actually has from the audience.

That said, you should always make sure that the campaign manager you’re looking to hire has a plan for getting you more exposure without relying on their crowdfunding platform of choice or the indie film’s built-in audience.

Now, back to the first question: When should you bring on a campaign manager? If you do have the time to run your own crowdfunding campaign for your indie film, then perhaps all you may need is a consultation with someone who understands the landscape of crowdfunding for film and who can help you come up with some ideas for your particular campaign — be it some unique 3-D! incentives or an interesting way to format your invitation video to best serve your audience and stand out from other film campaigns — which you can then implement yourself. But if you really need the help of another person who’s trained in the art and craft of online fundraising for independent film, then bringing on a campaign manager is probably the best choice you can make for your film.

This blog comes from Chapter Thirty-Five of Crowdfunding for Filmmakers – 2nd Edition by John T. Trigonis, and is intended for filmmakers looking to raise upwards of $100,000. Available on Amazon. 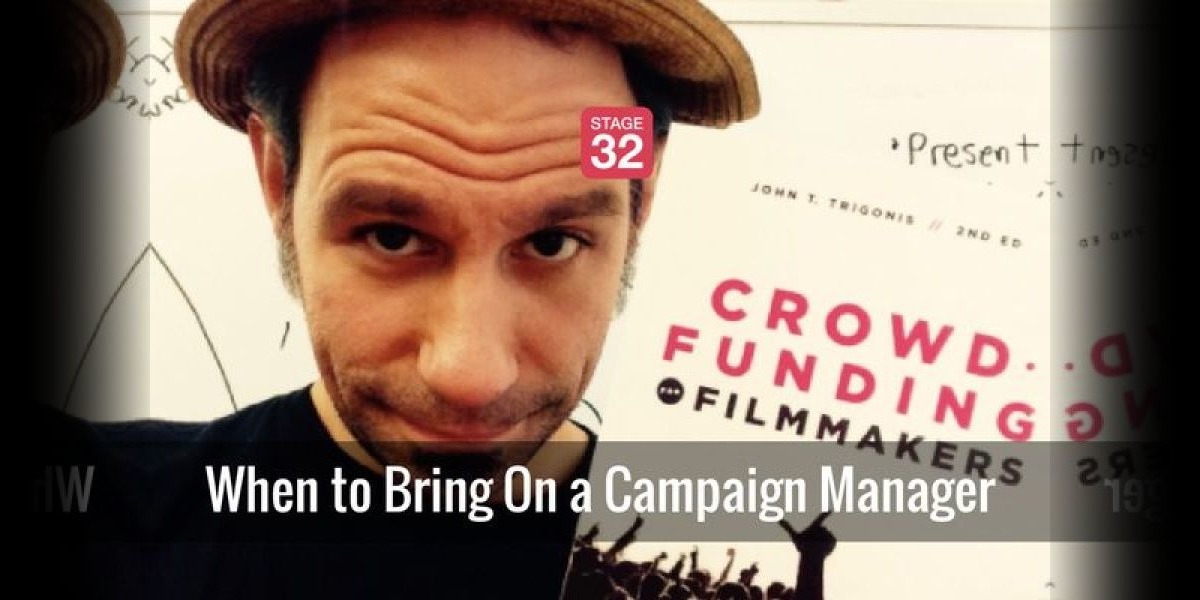