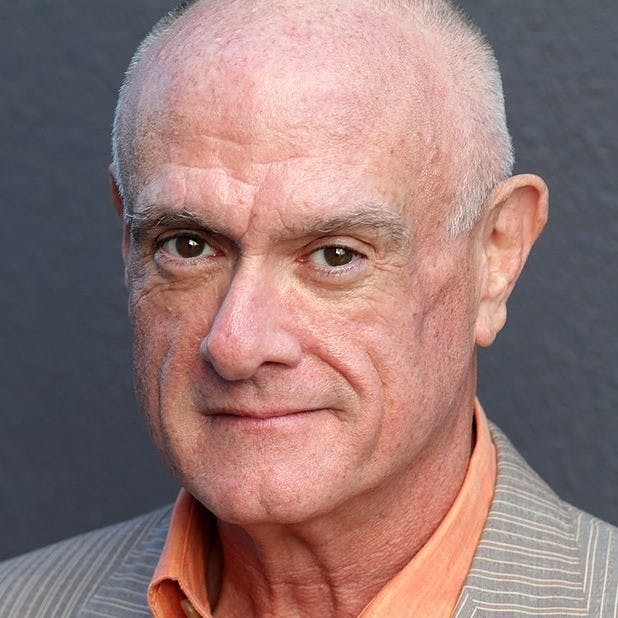 As an actor for the last 50 years, I've decided to talk to my Stage 32 family about deciding. Today I decided to open a blank Word document and write some stuff for this article. Next to me is the cup of coffee I decided to brew and sip. Yum. In show business, and particularly the movie business, I see the decisions people make all day long. Today I begin shooting a new film, because the writer/director decided to help out his DP friend with a small script in order to test a new camera from a major studio (this particular studio also makes the hardware, which is not the norm). Also, today I tried to get production stills from a photographer from a shoot three weeks ago, and though he told me originally to "give him a week," the shots are not here. He decided to change the story. Fine. It happens. We have to live in a world where people decide to change the deal occasionally. I try not to, but of course, I do from time to time. I quit the last three stage plays I began, because after a little rehearsal, I decided they were not the right projects for me.

This links, ever so slightly, to my belief in the power of belief, that thoughts become things. Very "The Secret" and Napoleon Hill and Esther Hicks and Jack Canfield. If you don't know these folks, please consider reading and/or listening to all their material. On YouTube. In books. It's everywhere. Extremely useful in show business. I've come across these teachings in my travels, and find they are very applicable and fun to use in the movie business. At least, in my movie business. As a cursory glance at my IMDb page or website show, I've been at this a while. I decided when I was little that the most fun in the world was being on a stage and being characters. At 56 (as of this writing) I have not changed that decision.

I decided to send three postcards yesterday to producers who have projects in the pipeline: George Clooney, Wes Anderson, and some other guy. I spotted their projects on IMDbPro as being in development, so I wrote to these people. Or at least their second in command. I've sent cards to directors and producers for decades. I have no idea if it works or not, but if I did nothing, I can be sure that nothing would happen. That's a decision of planting seeds, then walking away. Maybe, years later, the phone will ring because I decided to send out a little postcard. Who knows? The outcome is not my job, just the seed planting.

I find the possibilities of my decisions the most fun. The more seeds I decide to plant, the more blades of grass may sprout. I don't plant a seed and stand over it, waiting for the action to begin. I walk away, to another plot of land, and another seed. Such a simple decision.

These decision principles seem to apply to the movie business as I see it. I'm relatively new to Hollywood, arriving in 1999 (having worked here on and off since 1979). These days, it's rare that I get to a set and don't know someone. That's the sign I was waiting for. The universe telling me that I'm in the right place, at the right time, through someone's decision to cast me in a particular role. I feel that if things flow smoothly, they're supposed to be that way. If there are blockades or challenges, perhaps I should make a sharp left. But I decide to keep on moving. Faith without action is, well, you know. I would be sitting there with a stack of unsent postcards. That's just silly.

To decide to get your movie career cooking, that's the ticket I think. When you write something, decide to send the one-sheet to three new people a day, and see what happens. Here's a funny trick: I always make a fake movie poster when I get a job. That way I can visualize myself in the role, the finished film, people actually watching it, and (hopefully) enjoying the film. I used to do this when I produced plays in New York. I always made the poster first. Sort of that vision board thing that people use.

Actors should not sit and wait for the agent or manager or the whoever to "send them out." That is a common misconception among actors. These people do not send you anywhere. They suggest you for roles, and the casting person or director makes the decision to see you. But I do not wait for my people to decide to submit me for this or that project. I do it myself. All day long, everyday. That decision is mine alone to make.

You can make decisions, too. For directors, decide to adapt a short story for a small film, then tell everyone on your blast list about it. Producers, the same thing. Get a property rolling (public domain or original are good) and decide it's going to make it to the screen. Keep it in scale. I see first time people with 140 pages to shoot, and that's a real long shot. I would bet against that, if I were a betting man. I don't know why that happens, but whatever. I always suggest they shoot 10 pages and see what comes out. Decide to get those 10 pages from the paper to the screen. Then graduate to 20, etc. This happened recently, so the scenario is fresh in my mind. One of my best short scenes was one page, and we mostly riffed (improv without actually sticking to the written text), the actor playing my son and I. It came out great.

Keep it simple. Show up. Just tell the story. Decide to do what you say you're going to do. These are all universal ideas that work in the regular world, as well as our little world of show business. I personally have an advantage, because I'm a decisive person. I have never had a problem jumping into the pool first, and then learning how to swim. I haven't drowned yet. That's just me. I was born that way.

And here's a little compliment, aimed right at you, dear reader. You decided to read this article, here on Stage 32. So apparently you decided to join (or peek at) this great FREE site, where movie people from all over the world can meet and chat and schmooze and decide to help each other with their projects. Or at least just learn about stuff. How do we get the ideas from our brains to their screens? Well, first you decide to do just that. What could be an easier decision? Free. Global. Movies. Stage 32. I think I'm going to faint.

I believe that the universe loves and rewards decision-making. But that's just me. You decide.

Bobby Reed is an actor, director, writer, producer, editor and the author of SuperMarketing for Actors 2011 and has taught the companion course at AFTRA Los Angeles. Bobby's editing work is on Vimeo, his acting work is on his YouTube Channel, and all the juicy details and contact info are at bobbyreed.com.

Bobby is available for remarks and to answer any questions you may have in the comments section below.

From Middletown, New York, Bobby has been in show business for over 50 years. L.A. stage work includes The Judge in Fatboy (2008 L.A. Weekly Award, Best Comedy Ensemble); Tierseas in The Bacchae (2007 Ovation Award nomination, Best Play); Beck in The Increased Difficulty of Concentration; and Sórin...