A career as an actor, for me, has been like riding a roller coaster. I’ve done my fair share of student films, low to no budget indies, and the like. While I’ve been thankful for each and every one of these opportunities, it is so incredibly satisfying to see a progression and evolution to my work as well.

Highlights of this year include seeing the release of two feature films I appear in and learning that A Crime to Remember – a show I had the lead in for the pilot episode - won an Emmy in scenic and lighting design last month. Thanks to the collective efforts of Amy Williams and Andreas Burgess, the Discovery ID network now has their first Emmy! 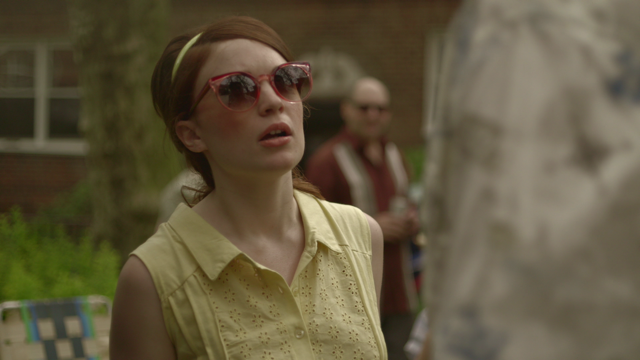 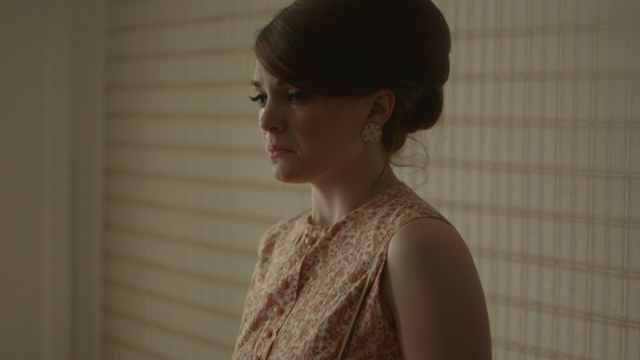 I’ve had ‘ups’ (see above) and I’ve had ‘downs’ when it comes to this acting thing (see my future memoirs). No two people will deal with these bumpier times the same, but a life in the arts pretty much guarantees you will have challenges. For me, some of the most poignant advice I’ve ever received came from an extremely unlikely source and addressed a word I fear and every actor has a relationship with:

It was a couple years ago, but I remember how dark and hideously cold it was that January morning in Pennsylvania. Usually I caught a ride to the bus from my boyfriend, but he left for work earlier than usual that day. At the time, I was living in NYC but would visit often. It didn’t take long to realize the cab situation is vastly different in PA than New York. You have to call 40 minutes in advance and pray that they have GPS so they don’t get lost on the way to your house.

I had an audition in Philly. Which meant a cab to a bus to another cab.

I got into my first cab of the day feeling surprisingly awake for 6:30 am. I have an extreme case of Night Owl-liness so waking up at this time felt more like a late night than an early morning. The cab driver asked where I was headed and we started chatting, small talk.

He was at the tail end of his shift and I was the last customer of the night. He asked what I was headed to Philly for and became quite interested when I told him it was for an audition.

He said some things that people tend to ask when they learn you are an actor:

‘Have you been in anything I have seen?’
(Do you like student films?)

‘Have you met anyone famous?’
(Yes, I serve them cocktails at a high-end hotel in NYC)

‘Have you always wanted to be an actor?’
(No, I almost became a lawyer - phew!)

I told him I was still kind of new to the game and that it could be really hard, not even so much the acting, but what happens...err doesn’t happen…in between the acting jobs. He seemed to identify with this as I watched him nod in the rear-view mirror.

'But I think I will be fine', I said, 'because the work is fulfilling, I am beyond happy every day to be an actor… plus I can be pretty stubborn when I set my sights on a goal'.

He smiled saying he understood that determination and began a story. He prefaced it with a laugh, in spite of himself.

‘Let me tell you something. I’ve been clean for over ten years now, but I used to suffer with drug addiction...’

Years ago, he kept his habit alive by begging for money on the sidewalk of a certain stretch of town. He would use the money for food occasionally, but most of the time, he used it for drugs. He got it down to a science. He knew which blocks to beg at and at which times and he knew when it was time to move on to the next one. He even figured out, statistically, how many times he would have to ask before someone would toss him some change or a hand him a dollar bill.

He outlined this pragmatic operation in such astonishing detail that it began to resemble something akin to a Malcolm Gladwell case study, but I still had no idea where this story was headed. Nonetheless, I sat on the edge of the seat, intrigued.

He continued, ‘When someone would avert my gaze, ignore me, say they didn’t have anything there was a small part of me that would rejoice.’

‘Well, when I would be shut down or told no, I knew I was that much closer to someone else going by and giving me something. The ‘no’s’ were adding up, to the point where I knew a ‘yes’ was inevitable.’

He laughed a little self-consciously, ‘I know it may not be a ‘moral’ story, because I was begging for drug money and you are pursuing a dream, but I think the message is in there.’

It really was and I really needed to hear it.

It is no secret that acting can be quite the Sisyphean task. You audition, audition, audition, get the role, film, and then it’s back to square one. When you love what you do it is justifiable, but during those weeks or even months without a solid gig under your belt, it is easy and sometimes comforting to join the mass of groaning actors recycling negativity. I’ve been guilty of it.

But his story radically reframed this concept of rejection for me. I frequently relay this story to actor friends of mine, and now, all of you, not because it will help book the job, but because it might help you in those times when you need a little reconfiguring.

As an actor, I can only present myself in an audition room, be prepared, and do my best. If I’m not the right ‘type’ for this story, there are many more to come. Eventually, it will click. I continued to mull this over as we pulled up to the bus station.

‘Don’t forget, all the no’s are only leading to the yes!’ he called as I climbed out of the cab.

I auditioned and didn’t book that day, but a few months later that same casting director called me in to audition for my first SAG feature film.

Airen is available for remarks and questions in the Comments section below! 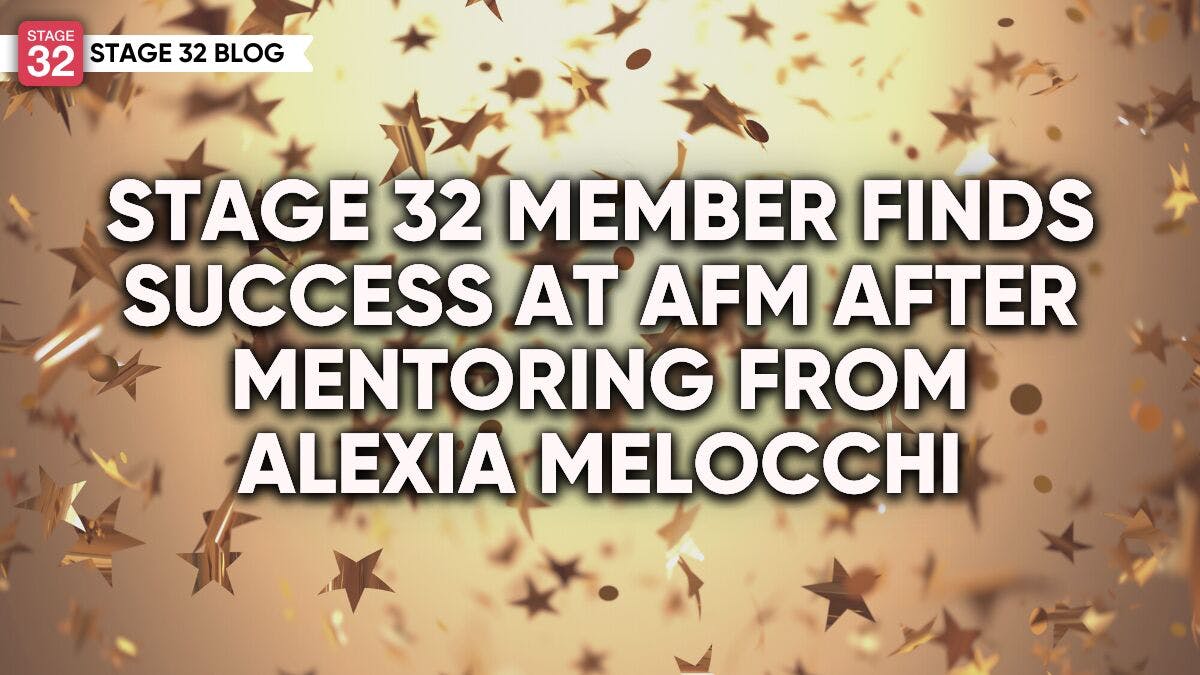 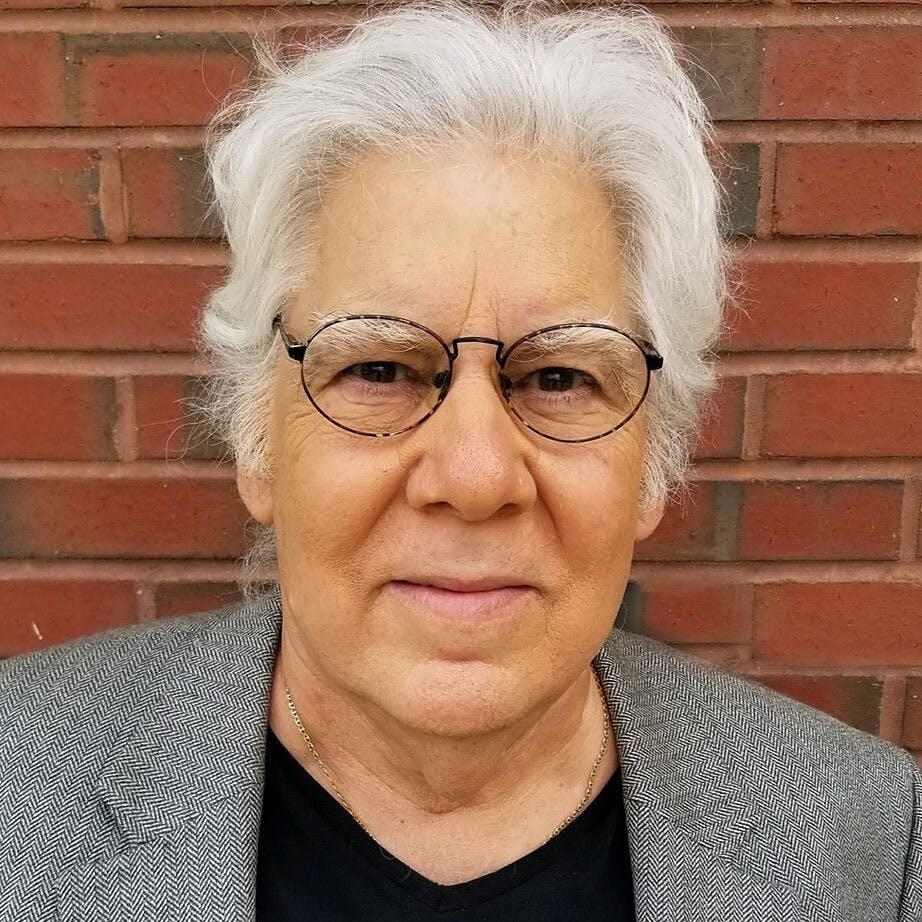